In the not-too-distant future Australians will have their choice of payment methods — from traditional cards to new-generation cryptocurrency to seamless cloud-based banking — at their disposal everywhere from coffee shops to market stalls, according to Jack Dorsey.

Founder and chief executive of both Twitter and payment technology company Square, Dorsey is in Melbourne to celebrate the two-year anniversary of Square in Australia, and to announce the expansion of the firm's local headquarters, including its first engineering hub outside of North America. 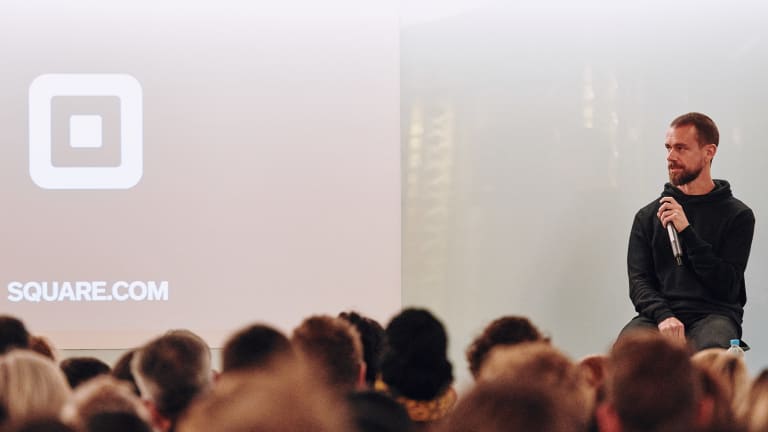 Australia is a world-leader in its uptake of new payment methods, including tapping cards and smart devices to pay, Dorsey says, adding that Square — which primarily offers small, connected payment devices to stores and businesses to replace bulky point-of-sale systems — is guided by the core philosophy of helping its sellers easily accept any payment method under the sun.

"As a buyer, if I want to use Apple Pay versus Google Pay versus Bitcoin, I shouldn’t have to choose or change my approach", he tells Fairfax Media at Square HQ in the Melbourne CBD.

"That’s on us. How do we make it seamless for our sellers to just accept everything".

While currently the most common method of payment is tapping or inserting a card, Dorsey is a firm believer that, in anywhere from five to ten years, the internet will develop its own "native currency", and despite its past volatility he thinks this currency will be Bitcoin.

"All these new technologies have to go through phases. So [Bitcoin] started off being framed as a currency, and I think the way people are using it today is more of a stored value and asset, and buying and selling it," he says.

"But ultimately I do believe it trends towards currency, and that becomes more approachable as we figure out how to make it more transactional, more efficient".

While many trendy cafes, and even butchers, advertised that they accepted Bitcoin during a frenzy of media attention in past months, the process of transferring funds is clunky. Current blockchain technology "is amazing but also slow and computationally heavy, it can be inefficient — by design —but there’s a lot of companies out there looking at how to make it a lot more transactional", Dorsey says, noting that Square itself is investing in this problem too.

"I think a lot of people think of Bitcoin as like ‘one Bitcoin’, instead of realising that it’s infinitely divisible, so it can actually be utilised to buy a sausage or be utilised to buy coffee but it incentivises — and this is, again, by design — saving instead of spending. The world could use more of that".

In fact, in line with its philosophy of helping vendors accept any form of payment, Square did enable Bitcoin payments for all its sellers in 2014. A consumer's Bitcoin would be converted instantly into US dollars and used for their payment at the till, but Dorsey says the company didn't see many payments made this way at the time.

When asked whether the future will see mostly passive payments, where shoppers don't swipe or tap anything but instead have their devices talk to the store's devices to handle the exchange, Dorsey points out that Square has previously tried this too, in 2011. 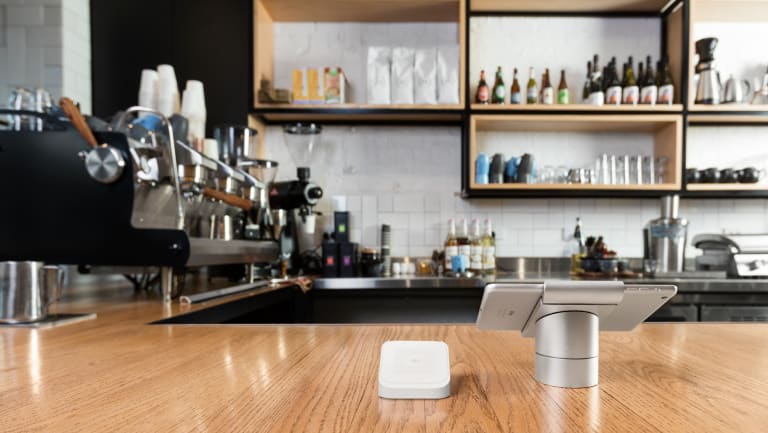 Square POS readers accept payments from customers and communicate wirelessly with apps on tablets or phones.

"It was called Square Wallet. You could actually walk into a coffee store, and my name and a picture of my face would appear on the register, I’d say I’ll take a cappuccino, put in on ‘Jack’, and they’d just verify that it’s my face and it charges my card automatically", he says.

"It was an amazing experience, but a little bit too early. It was just the wrong time, but I do think there’s something there that’s interesting. It’s all back to that principle of speed. How do we help people focus on enjoying the coffee rather than being burdened by paying". 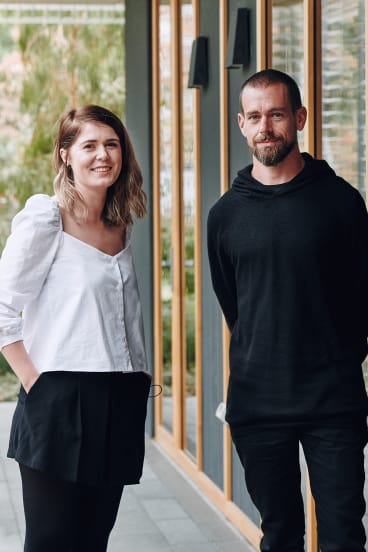 Jack Dorsey with Code Like a Girl co-founder Ally Watson, in Melbourne this week.

While Square is an extremely different company to Twitter in almost every way, Dorsey says he doesn't feel like he's living a double life.

"I only know one way to lead, so that’s the commonality", he says.

"I know what my role is, but again if I have an idea about a cultural aspect or a company aspect at one, I’ll likely have the same idea for the other. So I’m in a very fortunate situation where I get to learn from two completely different businesses, and also cultures, that make me a better leader, and so that benefits both businesses as well".

And in a time where Australian businesses of all scales are under increased public scrutiny to be socially equitable in their hiring and business practices — led by gender equality activism in Silicon Valley and elsewhere in recent years — Dorsey has a strong belief: if businesses aren't looking to mirror the diversity of their customers in their rank and file and leadership, they're doing something wrong.

"The number of female-run and female-owned businesses on Square is above the national average in the United States. Those are our customers, so we need to have that perspective within the company in order to do the right thing for our business", he says.

"Over 70 per cent of [Square] reports up to four women. I think it’s really important for everyone in the company to be able to see what you want to be, and also to see who we’re serving and how we’re serving them as well.

"There’s certainly a tonne more work to do, but I think we have the circumstances set such that as we add more diversity to the company it feels like a place where people can feel like they belong. They can progress in their career, all the way to the highest levels of the company, because they’re right there and they’re visible".

Scorpio horoscope – star sign dates, traits, and who are Scorpios most compatible with?