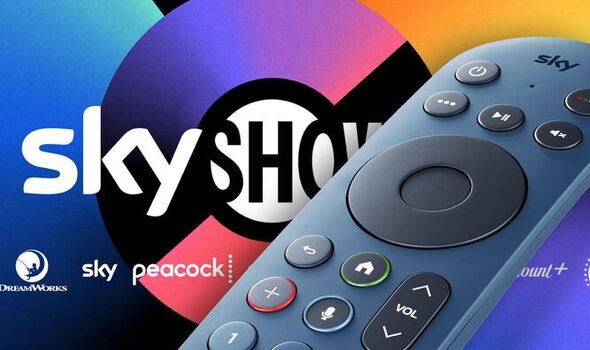 There’s a new and very cheap, way to watch television with Sky’s new SkyShowtime platform officially launching across many parts of Europe. This rival to Netflix, Prime Video and Disney+ offers subscribers access to a swathe of content including blockbuster movies from the likes of Paramount and Universal Pictures.

In fact, SkyShowtime will be the home to a selection of new blockbuster films including Top Gun: Maverick, Jurassic World Dominion, Minions: The Rise of Gru, Downton Abbey: A New Era, and Belfast.

Along with those must-watch movies being available, Sky is also promising hours of shows, documentaries and boxsets such as Halo, Yellowstone, The Offer and Star Trek: Strange New Worlds and Dexter: New Blood.

In total, some 10,000 hours of content will be available to watch on launch day, with more added over time.

For comparison, when Disney+ launched it had around 4,000 hours of content – although that has now grown. Meanwhile, Netflix is believed to have some 36,000 hours in total available to watch as part of its subscription.

To make SkyShowtime seem more attractive than its rivals, it will cost just €6.99 (£6) per month which is certainly cheaper than taking out a full Sky subscription.

The content and low cost look enticing but there’s bad news for anyone living in the UK. At launch, this streaming platform will only be available in Denmark, Finland, Norway and Sweden.

This will then be expanded across areas including the Netherlands, Spain, Portugal, Bulgaria, Croatia, Czech Republic, Hungary, Kosovo, Montenegro, North Macedonia, and Poland. Right now there’s no sign of SkyShowtime going live in Britain.

That’s a big blow to those in Britain. There’s no word on why SkyShowtime isn’t launching in the UK although we’re guessing Sky doesn’t want its current Sky Q and Sky Glass customers to make the switch to streaming.

Speaking about the launch SkyShowtime CEO Monty Sarhan said: “It’s time… for SkyShowtime, — the next great streaming service for Europe. Just months after receiving full regulatory approval, SkyShowtime will officially launch on 20 September 2022. We’re excited for our customers to have exclusive access to the latest series and movie premieres from our iconic and world-renowned studios. We look forward to sharing further details about launch dates for our other markets and bringing SkyShowtime to even more people across Europe.”

Here’s Why ‘RHONY’ Needs A Serious Shakeup For Next Season