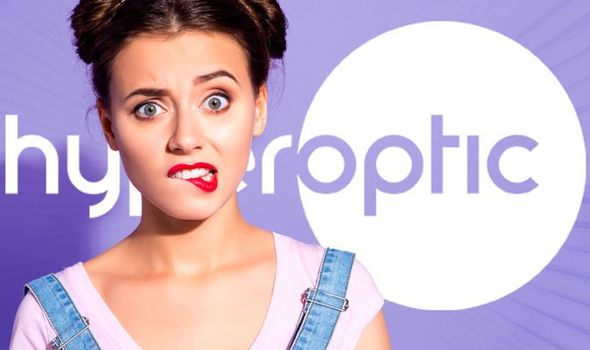 Broadband supplier Hyperoptic has announced a clever new plan to avoid one of the biggest hurdles when installing connections in customers homes – drilling unsightly holes in walls and running cables between rooms to find the best spot for the Wi-Fi router. It’s something all broadband companies have to contend with, although it’s something that crops up more frequently for broadband suppliers that don’t use Openreach’s infrastructure.

While you can switch between broadband companies that use the same Openreach cables (BT, EE, Sky, TalkTalk, and more) without a visit from an engineer or any fresh holes drilled into your home, suppliers that rely on their own cables will most likely need to connect-up your home when you take out a contract for the first time. Hyperoptic is making that process much less painful than it could be with its new “discreet cabling installation,” which now comes standard with its full-fibre service.

According to the broadband firm, which specialises in gigabit-capable broadband (that’s around 15 times faster than the average home broadband speed nationwide) in cities, using its new discreet option wouldn’t take any longer than existing methods. In fact, Hyperoptic believes it will speed up installation in some apartment blocks by as much as 50 percent.

As well as being used to quietly snake cables around the hallways of the building – something that Hyperoptic believes will be especially useful in apartment blocks without existing ducts or free spaces – this discreet cabling can used inside customer homes too. Measuring as little as two millimetres in diameter, a small drop of adhesive is all that’s needed to keep the cable in place, so there’s no need for eyesores like clips and fixings to keep the cable in place. Not only that, but as the cable is so svelte, holes between rooms can be hidden away in a corner or ceiling duct.

Not only is this new technology – dubbed InvisiLight – much more aesthetically pleasing, but it’s also able to bend at 90-degree angles (allowing it to follow the corners of the room tucked behind a skirting board, for example) with no deterioration in broadband performance.

The in-home installation will take approximately 30 to 45 minutes, Hyperoptic claims.

Announcing the innovation for at-home installation, Hyperoptic Business Development Managing Director, Liam McAvoy said: “Deploying fibre inside buildings can be difficult and expensive. Our new discreet service is fast to install, practically invisible, and can be surface-mounted in hallways and between floors, to seamlessly connect residents to our gigabit-enabled services. We’re committed to providing a best-in-class service that enables us to go beyond the expected for our 250 plus developer partners. By using this new discreet cabling, we’re taking our installation experience to the next level.”

It’s worth noting that Hyperoptic isn’t the only supplier that relies on InvisiLight technology to kit-out apartment blocks and individual homes. Openreach, which has connected around 4.5 million homes to its ultra-fast gigabit-capable broadband, is using InvisiLight to tackle some sites too.

Hyperoptic – which only offers future-proofed gigabit-capable fibre – is available in around 43 towns and cities across the UK. It has connected some 400,000 homes nationwide, with a total of two million homes pledged by the end of 2021. A total of five million premises expected by the end of 2024.

My gambling-addicted partner is blowing my pension and savings

How tiny homes are helping cash-strapped teachers in Arizona