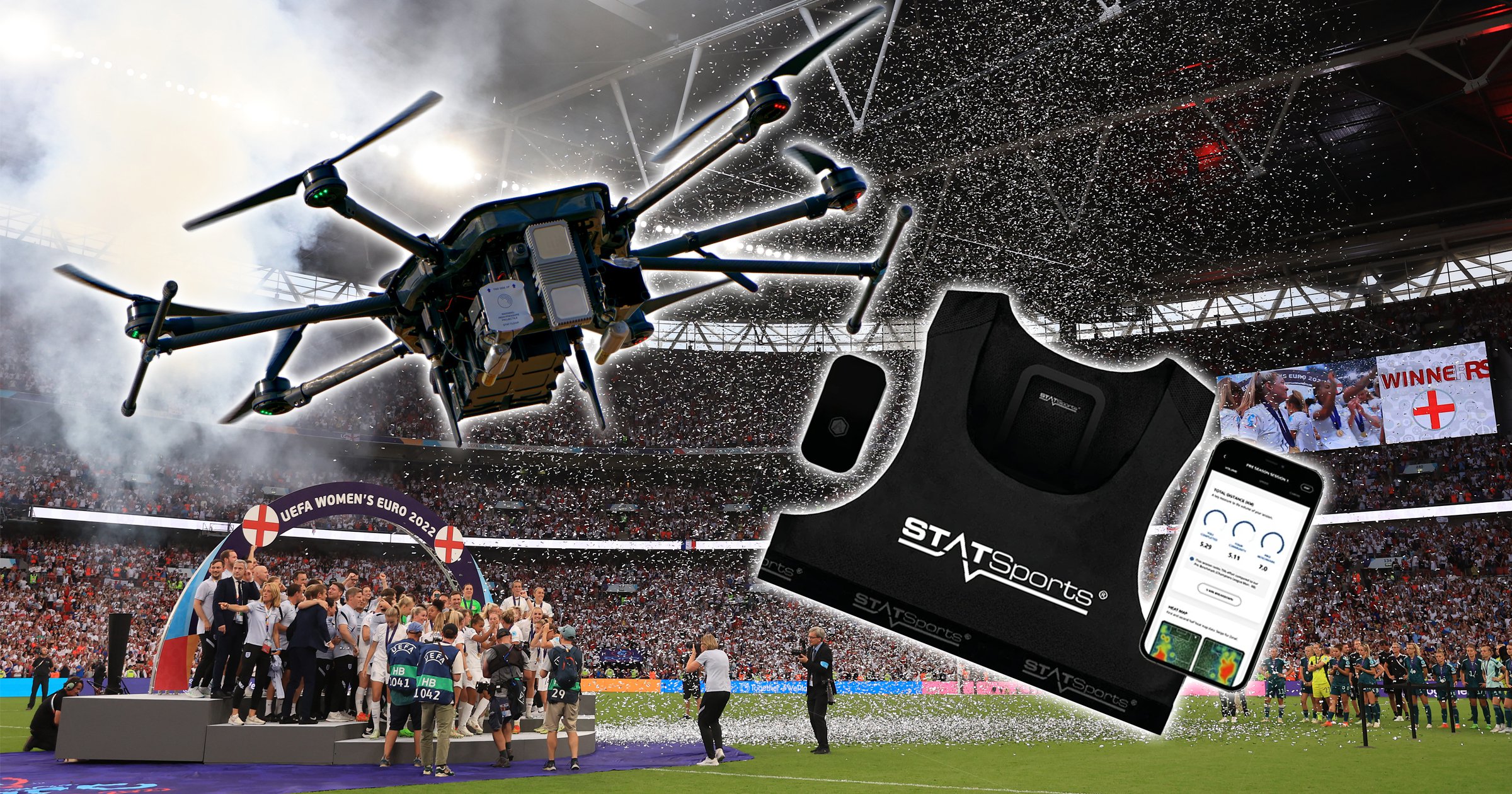 The days where football was just about the players, the pitch and the ball are long behind us.

And while we all have thoughts about VAR, it’s not the only way computers are getting involved in the sport.

From GPS-loaded bras to semi-automated offside tech, all kinds of cool gadgetry will play a huge role in this year’s football season.

Let’s take a look at what we can expect to see on the pitch.

We might still be bouncing for a while yet after the Lionesses were crowned European champions but it’s also a reminder that there’s domestic action set to resume in the women’s game too.

The Women’s Championship starts on August 20 with the Women’s Super League following a month later. Many of the players will likely be donning StatSports’ GPS sports bra, which is capable of capturing metrics like maximum speed, sprints and stress loads.

This connected bra is able to provide more security, includes removal cups to offer the best support for players and replaces StatSports’ unisex version of its GPS-packing smart garment.

The sports data company also counts Manchester City, Southampton and England women’s team as clients, so expect those senior sides to be donning these connected sports bras in the upcoming season.

One of the most contentious laws in the game should hopefully become less controversial at the World Cup in Qatar later this year, as Fifa has said it will use semi-automated offside technology at the tournament to offer the referee teams the best tech on field to make the right calls.

The new system uses a combination of artificial intelligence, tracking cameras mounted to the roof of stadiums and tracking sensors planted inside the official World Cup ball.

All three combine to deliver positional data that will generate automated offside alerts to video match officials. That alert is manually checked by those off-field officials before the man in the middle is notified.

It’s already been trialled at two Fifa tournaments with the hope that going semi-automated will make offside calls faster and, most vitally, more accurate.

A scarf that feels

An upgrade on the scarf you can pick up outside the ground, Manchester City and technology company Cisco have taken the stadium garment staple and given it powers to learn how supporters experience the on-pitch action.

The smart scarf is fitted with an EmotiBit sensor capable of tracking heart rate, temperature and emotional arousal through an EDA sensor to analyse reactions to key moments in the game.

It’s been pilot tested by six Manchester City fans already and is going to continue tracking those City fans as they chase more trophies.

All of the 2022 World Cup action will, of course, be broadcast on our screens but if you need a bigger visual football fix, Hisense is loading up Fifa+ on to its TVs to make it easier to dive into the World Cup archives.

Along with adding in the free platform, the TV maker is also producing its own daily live show from the tournament, serving up highlights and live reactions from the Fan Festival, where supporters who don’t make it into a stadium seat will be taking in the World Cup action.

Drones will be taking to the skies at this year’s World Cup and will be tasked with performing a tight marking job on rogue drones.

Its DroneHunter drone uses a radar powered by artificial intelligence specifically designed to intercept threats from the air in busy environments like sports stadiums, and thus provide security for players and supporters.

Zone7 will be used by 2022 FA Cup winners Liverpool to help make sure they’re a team fighting on all fronts and have their best 11 fit for the pivotal games.

Powered by artificial intelligence, Zone7 compiles in-game, training, sleep and stress data to help the club understand whether a player might be at risk of an injury and offer recommendations on how to deal with that risk.

Liverpool have already put the tool to work and are continuing their partnership this season, including their women’s and under-23 sides in an attempt to boost their success at all levels.

Giving the hot prospects a break

Every amateur player wants to get noticed and AiScout is using a phone and AI to make nabbing a contract more of a reality.

Through its platform, which any budding footballer can access, it gives you the opportunity to perform specific drills that can be recorded on a phone. This data is then analysed against other similar-aged players who have been signed to professional clubs.

These virtual trials are analysed by AI to rate, score and offer feedback based on benchmarked scores for the club the player is trialling with.

It’s been initially tested by Chelsea and Burnley, with 45 amateur players having signed or trialled for professional clubs or national sides through the platform. Burnley have decided to continue their AiScout partnership beyond that testing phase to help identify players for their women’s team and men’s academy sides.

Does Madison Leave ‘The Bachelor’? Fans Are Completely Freaking Out

He was a bad guy Rita Moreno, 90, emotionally talks mistreatment by Marlon Brando