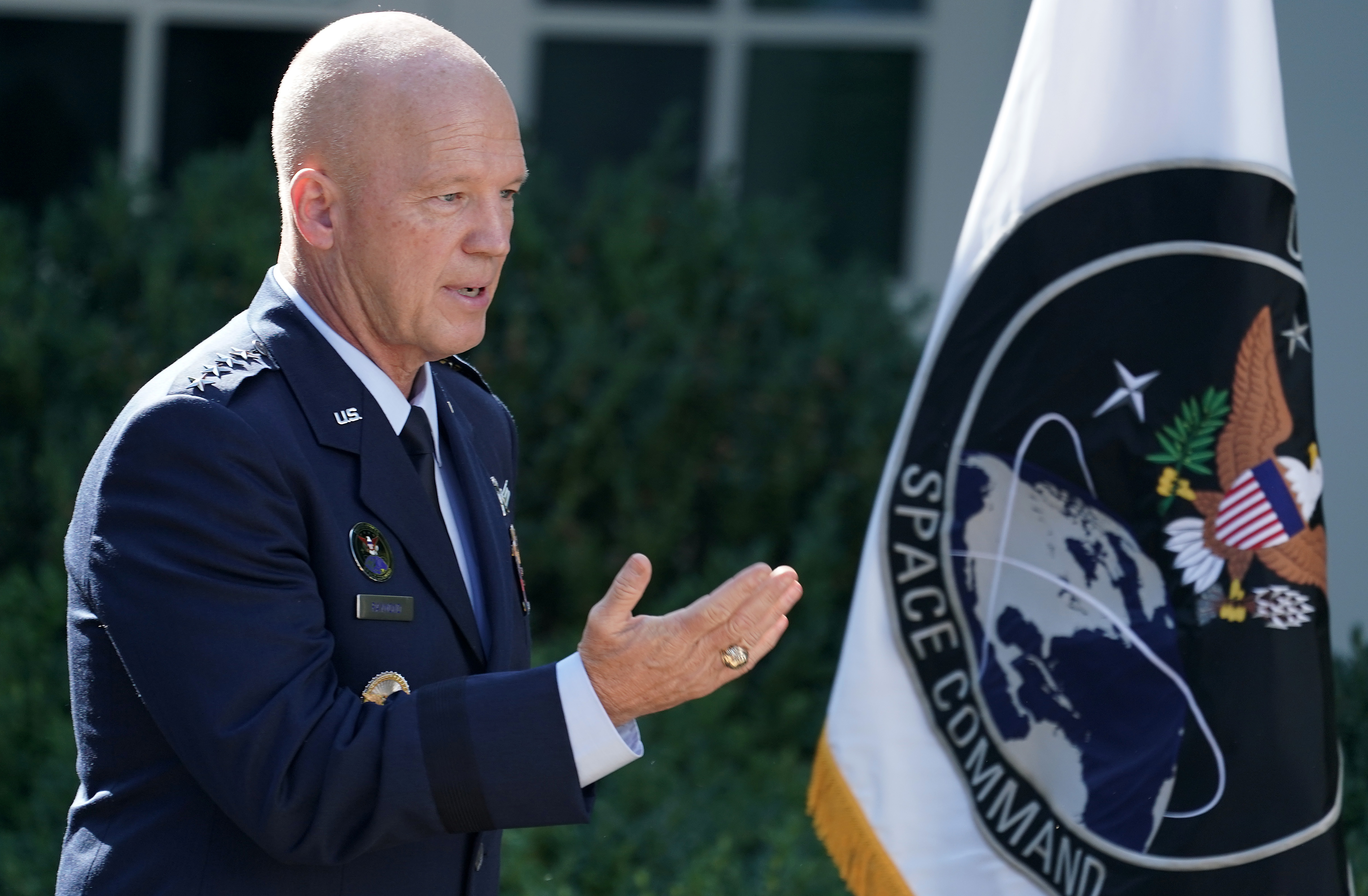 The chief scientist for the newly created US Space Force has said he thinks ‘human augmentation’ will be here sooner rather than later.

Dr. Joel Mozer, speaking at an event at the Airforce Research Laboratory, said that it is ‘imperative’ that the US outdo its adversaries by leading in ‘human augmentation’ in military technology.

‘In the last century, Western civilization transformed from an industrial-based society to an information-based society, but today we’re on the brink of a new age: the age of human augmentation,’ said Mozer.

‘In our business of national defense, it’s imperative that we embrace this new age, lest we fall behind our strategic competitors.’

Mozer, whose career has been spent largely with the US Air Force developing space flight technologies, warned that there would be ‘unimaginable’ advances made over the next decade, citing the leaps in artificial intelligence (AI) that have already been made in programs like Google’s AlphaGo.

The Space Force scientist added that AI could eventually develop military tactics and strategies that ‘no human could’, and that eventually ‘autonomous’ programs or machines could advise commanders in real time.

The AI could eventually create programs that design lines of attack too complex for humans to understand, Mozer warned.

‘This will extend to the battlefield, where commanders and decision makers will have at their disposal multiple autonomous agents, each able to control the execution of things like reconnaissance, or fire control, or attack,’ added Mozer.

He warned that ‘we must think carefully about the ethics of this, and how we will trust these autonomous agents, especially in an era of lethal autonomous warfare.’

Moving on to human augmentation, he suggested augmentation technology could eventually produce a ‘superhuman workforce’, that use technologies like ‘augmented reality, virtual reality and nerve stimulation’.

‘You could put [an] individual into a state of flow, where learning is optimized and retention is maximized,’ he said.

‘This individual could be shaped into somebody with very high-performing potential.’

The US government has a long history of human experimentation for potential military applications.

In the 1960s, the Central Intelligence Agency (CIA) ran a covert program named MKUltra, which sought to test the effects of drugs, torture and esoteric psychological techniques on human subjects.

There is no publicly available information suggesting the US has attempted to augment humans in any systematic way so far.

However, the Pentagon’s research department DARPA has undertaken projects that look at human augmentation, such as a skin implant that can detect pathogens and a neural mesh to link the human brain and computers.

Meanwhile, Elon Musk’s Neuralink attempts to make a commercial brain-computer interface. The biotech company recently revealed it had successfully allowed a monkey to play pong with its mind using one of their proprietary chips, though critics pointed out that this had already been done decades earlier.

'Brooklyn Nine-Nine' Ending with Upcoming Season 8, Which Will Debut Later Than Expected