In celebration of The Waltons‘ 50th anniversary, The CW announced on Wednesday that its original holiday movie A Waltons Thanksgiving will air Sunday, Nov. 20 at 8/7c.

The film serves as a follow-up to The Waltons’ Homecoming, which aired on The CW last November. Returning cast members include Bellamy Young (Olivia), Logan Shroyer (John-Boy), Marcelle LeBlanc (Mary Ellen), Rebecca Koon (Grandma) and Richard Thomas (as the film’s narrator), while Teddy Sears (The Flash) will take over the role of John Sr. from Ben Lawson.

A Waltons Thanksgiving will reunite the Walton family as they prepare for Thanksgiving in 1934. Per the official logline, “the Depression has affected everyone, but John Walton has found a way to provide for his family through the farm and by picking up odd jobs from the eccentric Baldwin Sisters. It’s also the time of year for the Annual Harvest Festival Fair, where carnival rides, talent shows and pie contests become the center of attention for the Waltons.

“As the story unfolds, John-Boy learns the true meaning of taking responsibility, Mary Ellen comes to understand patience and collaboration, Grandma finds that winning can be complicated and Olivia shares her healing heart with every other Walton family member — at a time when each of them need it most,” the synopsis continues. “And when a young boy enters the Waltons’ world, everyone’s life is changed in ways they could never have imagined — transformed forever through love, faith and kindness.”

The Waltons’ Homecoming averaged a “D+” from TVLine readers at the time; read our recap of the special here.

The CW has also released a first look at A Waltons Thanksgiving; scroll down to see the photos in full, then drop a comment and let us know if you’ll be watching the film. 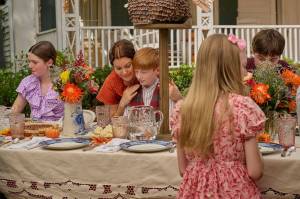 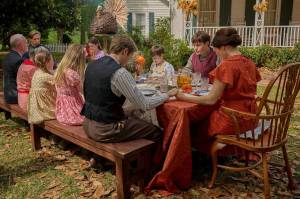 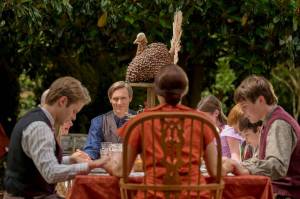 Every Single Bag Worth Adding to Your Collection This Fall

Gwyneth Paltrow on Finally Moving in Together With Brad Falchuk: Our Sex Life Is Over

Yahoo Mail down: Users fume as many left unable to check their emails