The Swedish pop stars are working on an "avatar tour project" and a TV special as well laying down new tracks. 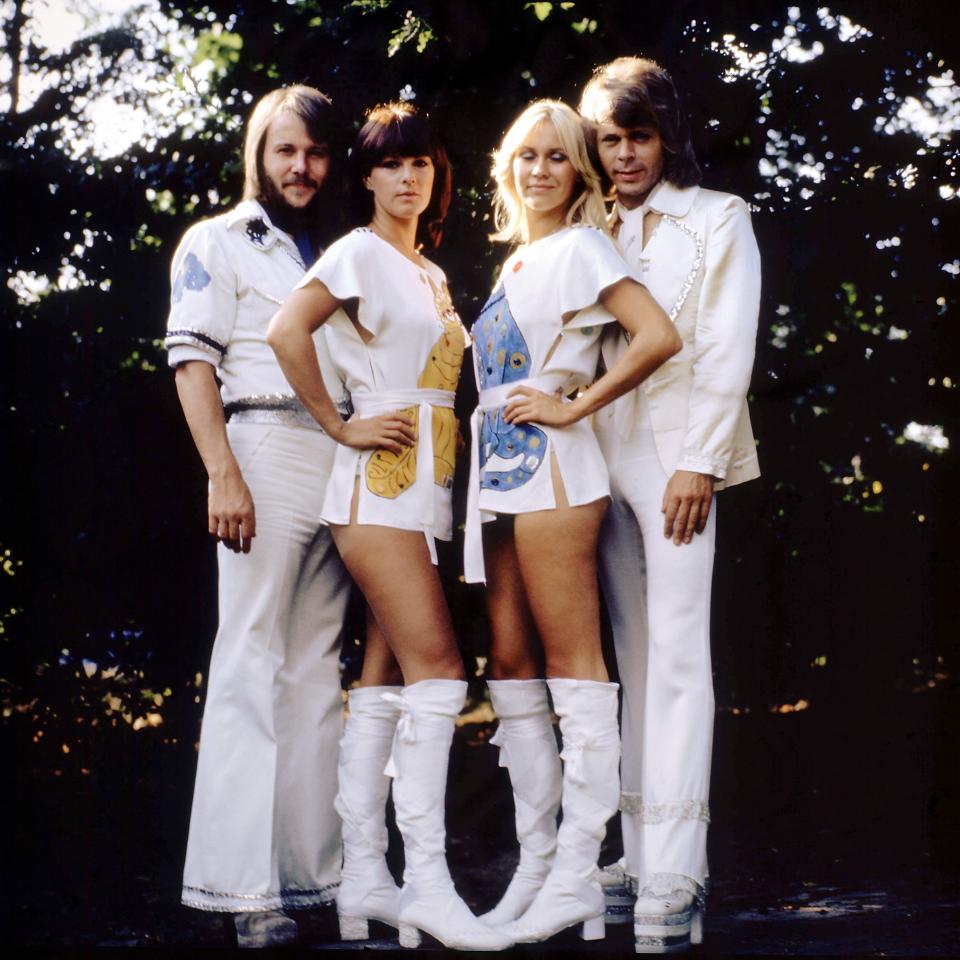 The band said in a statement: “The decision to go ahead with the exciting Abba avatar tour project had an unexpected consequence.

"We all felt that, after some 35 years, it could be fun to join forces again and go into the recording studio.

"So we did. And it was like time had stood still and we had only been away on a short holiday. 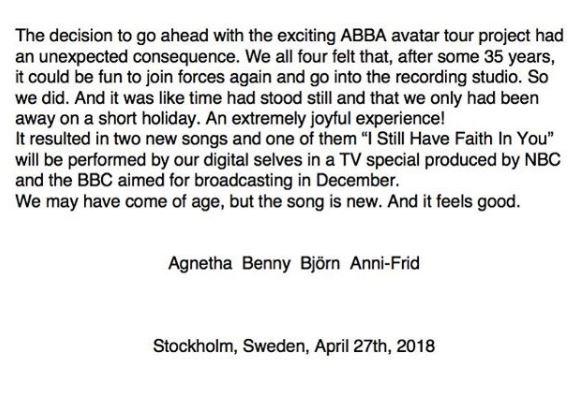 "It resulted in two new songs and one of them 'I Still Have Fair In You' will be performed by our digital selves in a TV special produced by NBC and the BBC aimed for broadcasting in December.

"We may have come of age, but the song is new. And it feels good.” 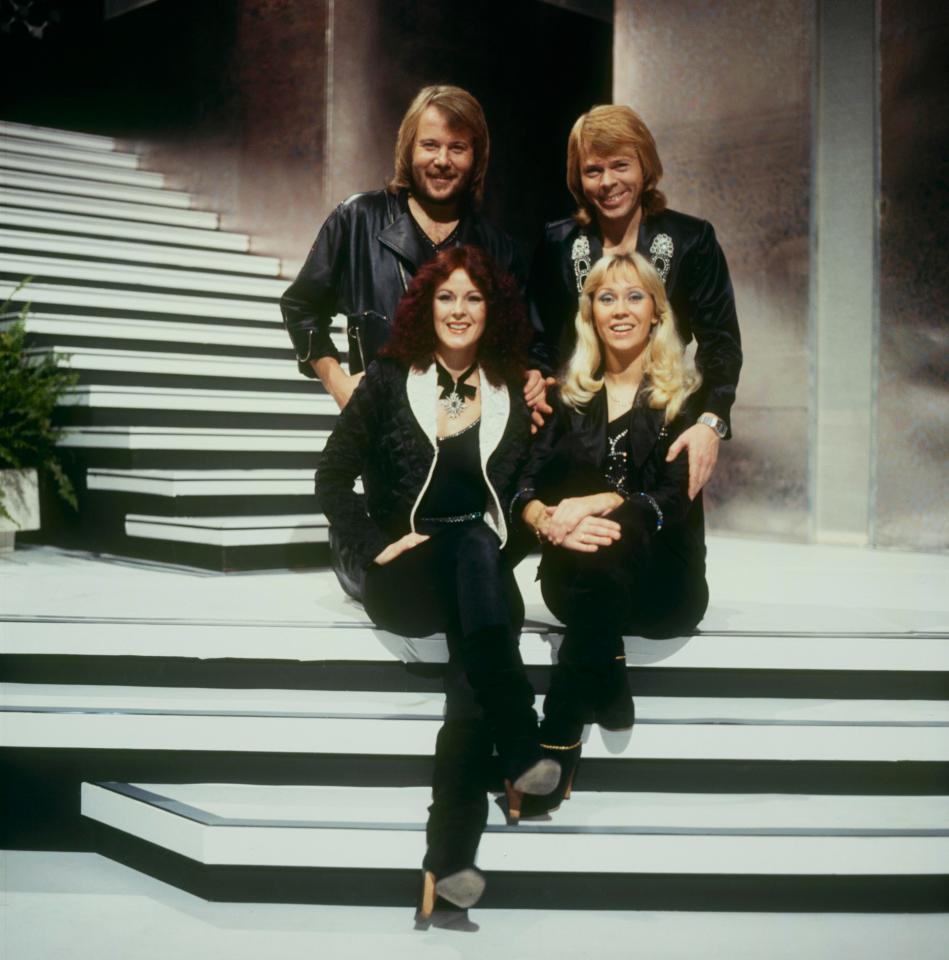 The two-hour TV special will feature the band performing as computer-generated digital versions of themselves.

They then plan to launch a tour using the avatars on stage, marking the first time they have hit the road since 1979.

Singer Bjorn Ulvaeus, 72, spoke about the plans during an appearance in Belgium earlier this week.

He revealed the tour will take place either next year or in 2020 and the avatars will look like the stars at the height of their fame.

Bjorn revealed they based their digital characters on old pictures, but also used modern technology to get the bandmembers' details correct.

He said: "They photographed us from all possible angles, they made us grimace in front of cameras, they painted dots on our faces, they measured our heads.

"Apparently a cranium doesn't change with age the way the rest of your body falls apart."

The news has sent fans into meltdown as they flocked to Twitter to hail the return of the pop idols.

The band dominated the charts between 1974 and 1980 and scored a massive nine UK number ones.

They have sold a whopping 400million albums across the world, but have not performed together since 1986.

Beyonce ‘On the Run II’ Tour Costumes: Every Outfit

Ron Howard Opens Up About Marrying His High School Sweetheart: 'There Was Never Anybody Else'