EXCLUSIVE: Eugenio Derbez is gearing up to premiere his new series Acapulco from Apple TV+ on October 8, and he couldn’t be more proud to share this heartfelt Latino story full of universal appeal with audiences all over the world.

“This is a coming of age story and it’s very inspiring,” Derbez, who stars and executive produced the project, told Deadline while promoting the exclusive release of the first trailer above. “This is the story of Máximo Gallardo who is in his 20s and whose dreams come true when he gets the job of a lifetime at the hottest resort in Acapulco. He quickly realizes that not all that glitters is gold; the job is far more complicated than he ever imagined. In order to succeed, he must learn to navigate the demanding clientele, a very mercurial mentor, and complicated home life—all while not losing his way and not giving in to temptations.”

He continued, “The premise of this series is about the price you’re willing to pay to achieve your dreams. Which is interesting for anyone no matter who you are.” 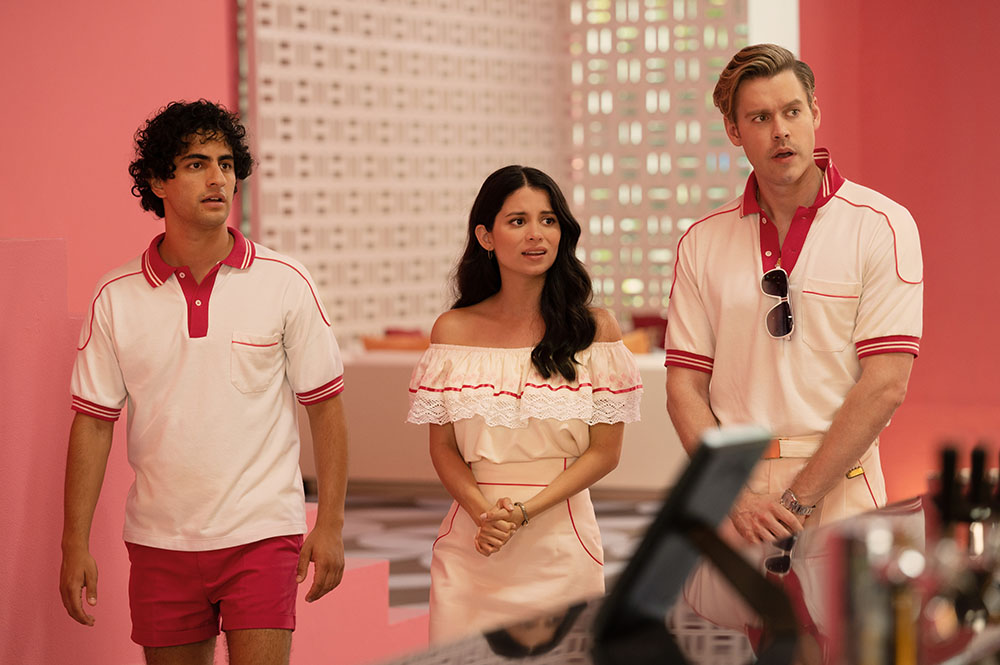 The bilingual comedy is a prequel to Derbez’s hit film How to Be a Latin Lover. Derbez plays the role of adult Maximo in the series and Enrique Arrizon portrays the younger version which transports the viewer to the ’80s. Although Acapulco is set in the Mexican city in the state of Guerrero, it was shot in the popular vacation spot Los Cabos.

“It was like traveling back in time, it was really amazing,” he said with amazement. “We did everything in a hotel, because of Covid it was really complicated. We had to find a special place where we could put everything together in a bubble. We had people who didn’t leave that bubble for six months—it was crazy. I had to quarantine for two weeks before I could connect with them. Acapulco has been the favorite hotspot for all Mexicans because it has everything. And back in the 80s, it was also the favorite vacation location for all of Hollywood’s biggest stars and royalty from all over the world. As you can imagine, the parties were wild!” 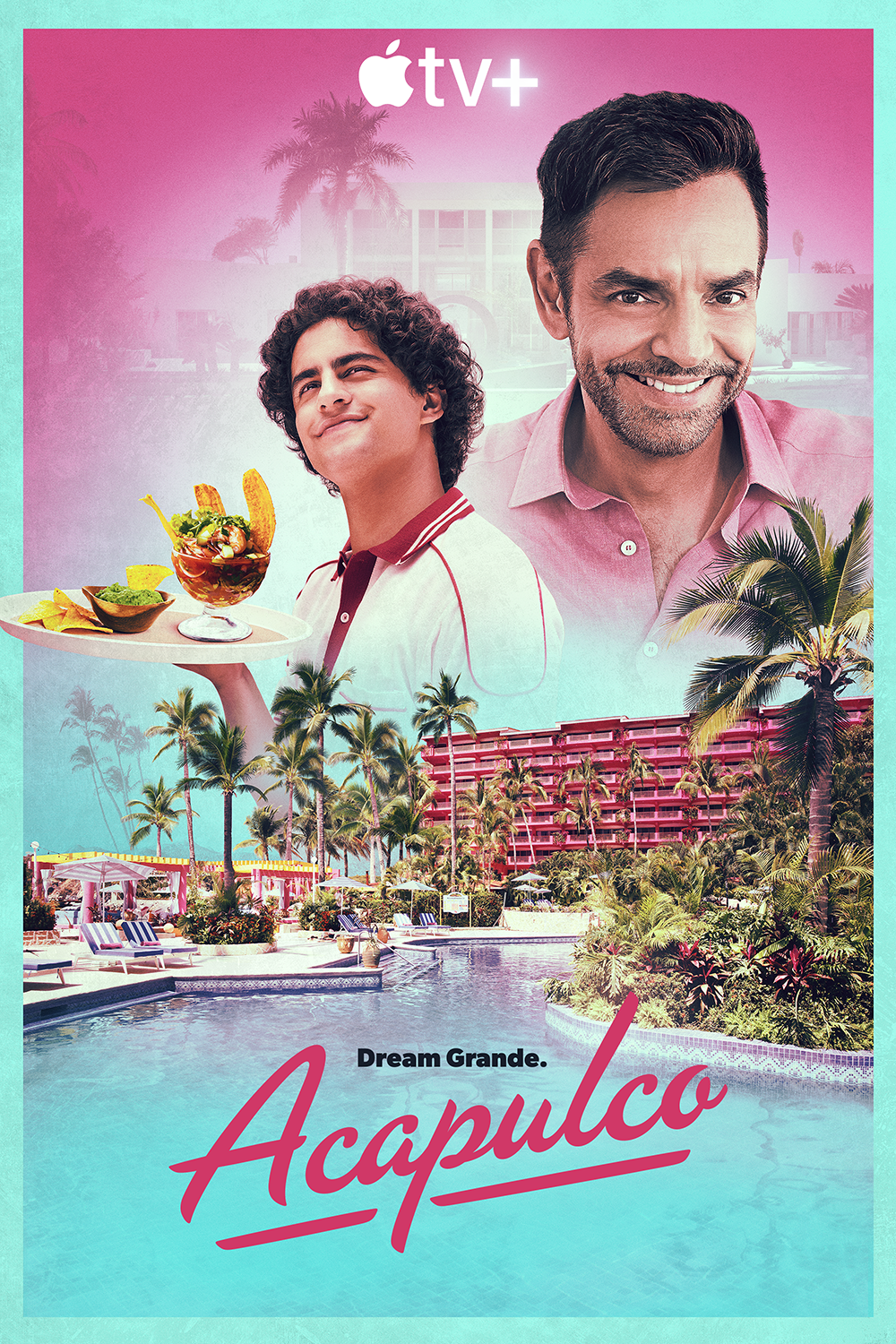 Although Derbez wouldn’t confirm if viewers will see some of those big Hollywood stars portrayed in the series, he couldn’t help but boast about his cast. Dàmian Alcázar, who Derbez affectionately refers to as “our Robert DeNiro,” plays Maximo’s “mercurial mentor,” Don Pablo. Alcázar is mainly known to U.S. audiences for his role in Narcos, and Derbez is proud to highlight Alcázar’s range as an actor outside of the stereotypical.

“He’s a beloved and respected actor in Mexico and I’m so happy to be working with him again and highlighting his talent all over the world,” said Derbez. “For me, as an actor and producer— after many years of struggling trying to do this crossover and only being offered roles like a drug lord, criminal, the gang member or bad guy, or, in the best-case scenario, the gardener, when we are worth more than that. I promised myself that I would make changes for us as much as I possibly can to break stereotypes as a producer and that’s what I’m doing. I love to reverse the role like with what I did with Overboard, we made the Latino the rich character. Why not? I find that everyone finds that to be so refreshing.”

As to whether or not Acapulco can come back with more seasons, he’s leaving that up to the viewers. He has more stories to tell and he also confirmed season 1 doesn’t end with a direct connection to the movie.

“At the end, we end up changing a lot so it’s not exactly connecting to what happened in the movie,” he revealed. “In the movie, he’s a social climber and a womanizer but in the series, he’s a different guy. There’s definitely space there to continue telling more of his story.”

Watch the trailer in full below.

Five Chilean Talents to Watch in 2018

Shia LaBeouf Was Actually Fired and Replaced With Harry Styles for Olivia Wilde's New Film, Contrary to Prior Reports

New Fred and Rose West documentary is CANCELLED by ITV