Tipping Point got off to a tough start as Joey struggled with some of the questions and he fell behind in the first round. While Chris and Alex managed to accrue quite a bit of money, Joey only managed to win £100 meaning he was in danger of leaving the competition. However, contestant Alex put Joey’s lack of luck down to host Ben Shephard’s presenting skills leading to an on-air clash.

“Lana Del Rey, Miley Cyrus and Ariana Grande recorded a song for the 2019 film version of Charlie’s what?” Ben asked.

Looking puzzled, Joey pondered what the answer could be: “Charlie’s?”

As the buzzer sounded to reveal key’s time was up, Ben asked for an answer.

“Chaaaaa,” Joey sighed as Ben burst into laughter. “It can’t be that can it?” 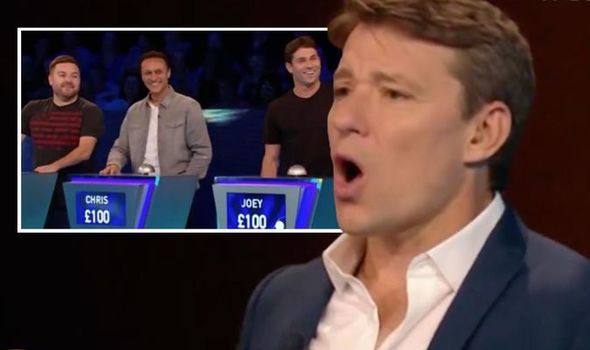 Putting Joey out of his misery, Ben declared: “The answer is Charlie’s Angels.”

“Oh!” Joey exclaimed as the host continued: “Have you heard of it?”

“Of course I’ve heard of it,” the contestant hit back with Ben throwing his hands in the air asking: “Then why didn’t you say it?” 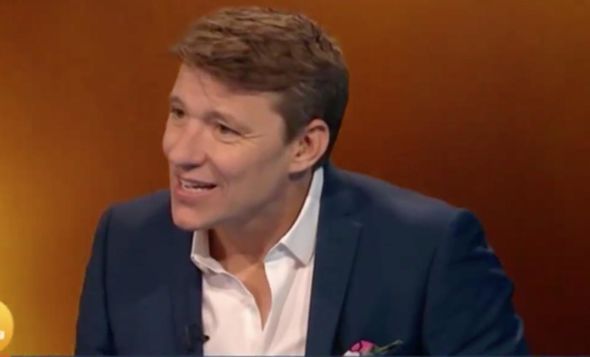 Ben was left open-mouthed as he looked around the studio in shock.

However Alex came to Joey’s defence and insisted it was the host’s mistake.

“I’m going to be honest with you Ben, I feel this is your fault,” Alex claimed.

Fortunately for Joey, his bad luck ran out in the second round of the game show.

Alex had £1600, Chris had won £2300 and Joey had two counters to play with in the hope of knocking his co-stars out of the competition.

While Alex teased Joey by warning him not to win 15 counters so that he’d be sent home, the reality star went on to win an impressive 17 counters.

Joey’s total was increased to £1800 and he managed to win even more money with his second counter.

His change in luck meant Alex was sent home and Joey went on to face Chris in the penultimate round.

Those watching at home took to Twitter to comment on the hilarious moment, with one fan posting: “@alex_brooker you got taken out by Joey Essex…..is this a new low lol #tippingpoint.”

Another added: “Hang your head in shame Alex #tippingpoint.”

Moment a mother elephant stamps a crocodile to death in Zambia