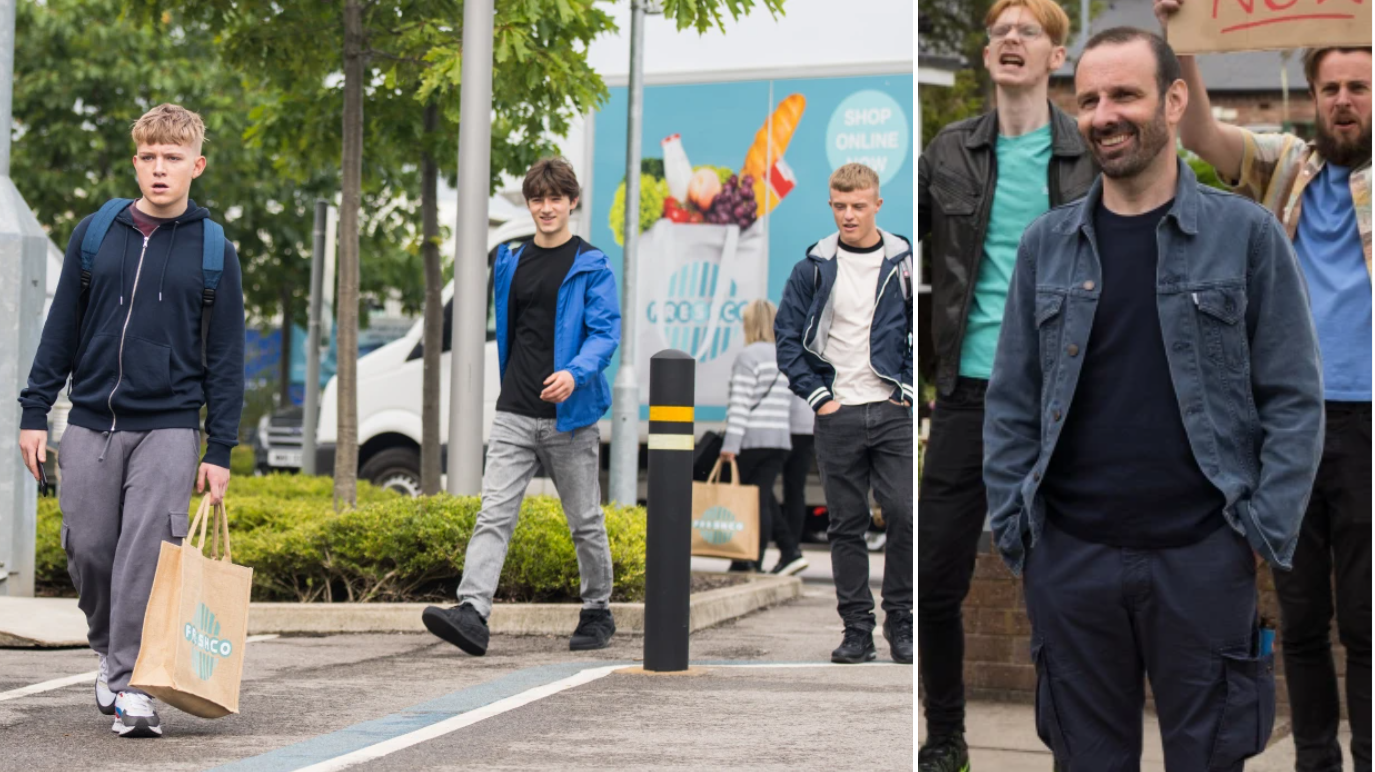 These scenes marked the continuation of the ITV soap’s new extremism storyline, which will highlight grooming of disenfranchised and impressionable young men.

As tonight’s episode opened, we saw Max continuing to get bullied by his classmates about attending a pupil referral unit (PRU) and losing his place at Weathy High to Daryan – an Iranian refugee.

In Victoria Garden, Griff – who already knew about the school situation – came across Max and started chatting.

Max began to smile when he spoke to Griff, he felt as though the newcomer understood his problems and – for the first time ever – told someone how much he hates attending PRU.

Glancing ahead, Max was bothered when he spotted his bullies again, making fun of his injured lip.

Heading over, Griff pinned one of the bullies to the ground and told him that Max is his ‘boy’ and went on to say ‘I’ll burn you’ if they were to even speak with Max ever again.

Ultimately, this was enough for Max to start being manipulated by Griff, as he later attended a Halloween party in a very dodgy looking flat.

Max drank beer and laughed with the adults but in the end, he was taken home by Spider, who started to fear things were getting a little ‘too close to home’.

Back in his house, Max lied to David (Jack P Shepherd) about where he had spent his evening and was smiling at a picture Griff had sent him – Max felt seen and happy for the first time in ages – with no idea of what’s really going on.

Carrie Fisher Talked About 1 of the Most 'Boring Sequences' She Had to Shoot for 'Star Wars': 'We Would Just Sit There'

Trump undermines coronavirus nurse after she complained about 'sporadic' PPE