Netflix and TNT’s Victorian True Detective, The Alienist, has been confirmed for a second season – of sorts.

The Wrap is reporting that US network TNT has ordered a new limited series called Angel of Darkness, which is set to be based on the sequel to Caleb Carr’s novel, The Alienist.

The Alienist, also adapted from Carr’s novel, tells the story of psychologist Laszlo Kreizler as he investigates a never-before-seen ritualistic killer murdering children in New York.

Kreizler (Daniel Brühl) is aided by Dakota Fanning’s aspiring detective and NYPD officer Sara Howard, and Luke Evans’ newspaper illustrator John Moore. Together, the gang seek out the murderer via a combined investigation of mental pathologies and physical evidence.

The leading cast are expected to return for Angel of Darkness, which is set one year after The Alienist, and sees Sara Howard lead an investigation into the kidnapping of a young girl. 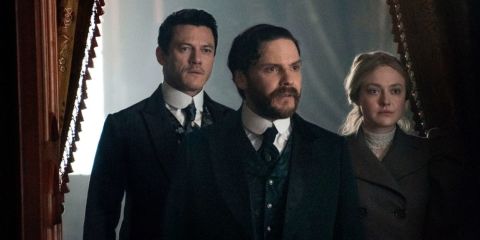 TNT’s Sarah Aubrey said the network “could not be prouder” of The Alienist – and its six Emmy nominations – and looks forward to welcoming back the “incredible actors and crew”.

“Our audience fell in love with these multi-dimensional, timeless characters and the journey of their struggles living in complicated times,” she said. “We will further immerse viewers into their world as they are confronted with a new enemy.”

Hopefully, Angel of Darkness won’t see the return of Dakota Fanning’s personal enemy, the corset, which was apparently so tight that she fainted while working on the period drama. 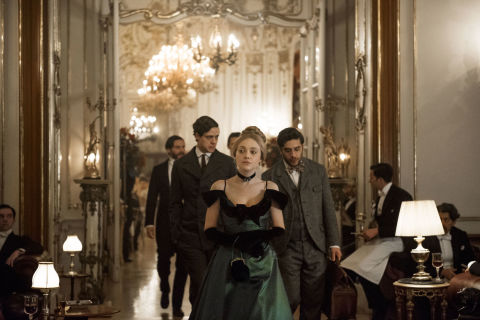 “I actually fainted during my first fitting which gives you some indication [of what it was like to wear a corset],” the star told Digital Spy.

“It was a completely easy way in to the character Sara and the time period. I’ve worn a corset for other roles and but I’m always so shocked about how it changes everything – about the way you sit, walk, move, breathe. How much you can eat, how much you can’t. It’s tight.”

The Alienist airs on TNT in the US and on Netflix in the UK.