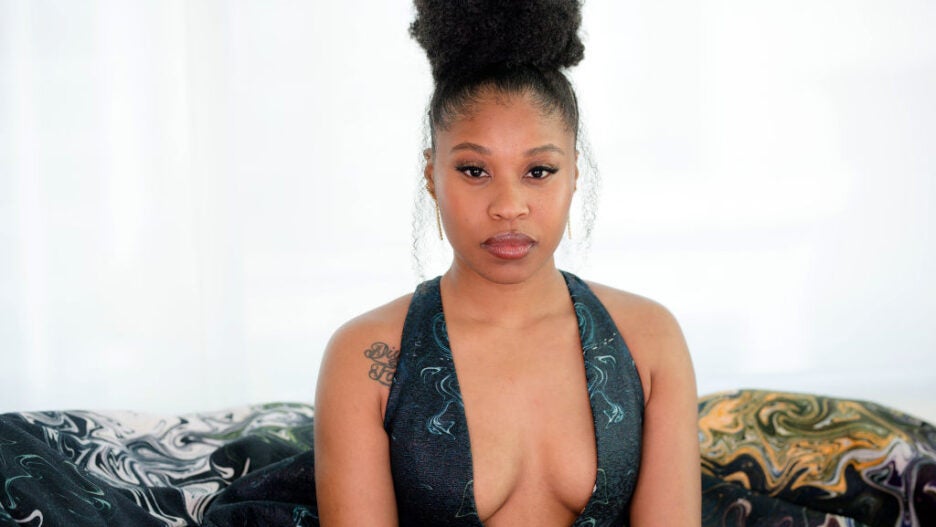 ATLANTA, GEORGIA – APRIL 11: Actress Dominique Fishback nominated for best actress in a supporting role for “Judas and the Black Messiah” poses in her award show look for the EE British Academy Film Awards 2021 on April 11, 2021 in Atlanta, Georgia. Due to COVID-19 restrictions nominees will be attending virtually alongside a virtual audience. (Photo by Marcus Ingram/Getty Images for ABA)

After her breakout performance in “Judas and the Black Messiah,” Dominique Fishback is in final talks to join the next installment of the “Transformers” saga, which is set to release on June 24, 2022.

The new installment will be part of an ongoing revamp of the Paramount blockbuster series that began in 2018 with the spinoff “Bumblebee,” a more character-focused film based on one of the Autobots that starred Hailee Steinfeld and was directed by “Kubo and the Two Strings” filmmaker Travis Knight. The six “Transformers” films have grossed $4.84 billion worldwide since the franchise launched in 2007, but have seen grosses significantly decline in recent years with “Bumblebee” becoming the first installment to gross less than $500 million globally.

As part of the new direction, Paramount is developing multiple “Transformers” films alongside each other. In addition to Fishback’s film, another “Transformers” project led by “Charm City Kings” director Angel Manuel Soto is currently in development.

Fishback will star alongside Anthony Ramos with Steven Caple Jr. (“Creed II”) directing. Darnell Metayer and Josh Peters are writing based off a script by Joby Harold. Skydance and New Republic Pictures will co-finance the film. Skydance will also executive produce with eOne, Hasbro’s entertainment studio.

Fishback has received critical acclaim and a BAFTA nomination for her performance as Deborah Johnson (now known as Mother Akua), the poet and activist who fell in love with Fred Hampton during his leadership of the Black Panther Party. She is also set to begin production on “The Last Days of Ptolemy Gray,” an Apple series starring Samuel L. Jackson.

Fishback is repped by WME and Management 360. The talks were first reported by Deadline.

Meet the Chef Who Named All of Her Restaurants After Herself

Meghan Markle Addresses Racism Against Her Mom in Resurfaced Video