EastEnders viewers have seen Whitney Dean (played by Shona McGarty) grow close to Leo King (Tom Wells) who she met on her solo honeymoon after her fiancé Callum Highway (Tony Clay) admitted the truth about his sexuality. The pair have come to blows as he does not approve of her new lover but will he be the one to save her from evil Leo?

Whitney has had seen herself fall head-over-heels for new face Leo whilst still remaining unaware of the real reason he is in the Square.

Leo first showed up back in the summer just as Whitney was set to get married to Callum and viewers soon learnt his true intentions.

He threatened Whitney’s mother Bianca Butcher (Patsy Palmer) as it was revealed he was the son of Whitney’s abuser Tony King (Chris Coghill) and blames the family for his dad’s death in prison.

The smooth-talking paralegal has caused some suspicion amongst some of Whitney’s family and friends since his arrival as many remain unclear of his real reasons for being in the Square. 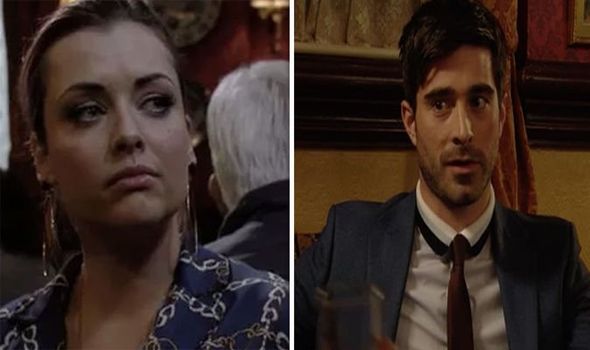 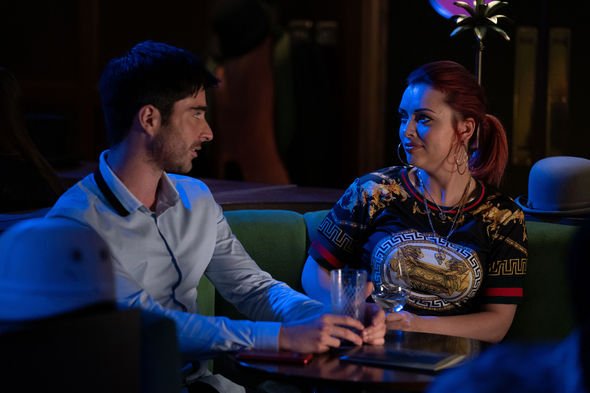 However, it looks as thought things are set to get worse and there will only be a matter of time before Leo’s real identity becomes clear.

Jack Branning (Scott Maslen) has been onto him since the trial which saw him lash out in court and tonight he finally admitted his concerns over Whitney’s boyfriend.

The policeman walked into The Queen Vic leaving Leo panicked as he told Whitney: “I need to talk to you about something, let’s go somewhere private.”

They then bumped into Whitney’s ex-fiancé Callum before Jack then quizzed him on what he really thought about Leo and he was quick to admit his concerns.

After the pair left, Jack asked Callum: “What do you make of this Leo?” 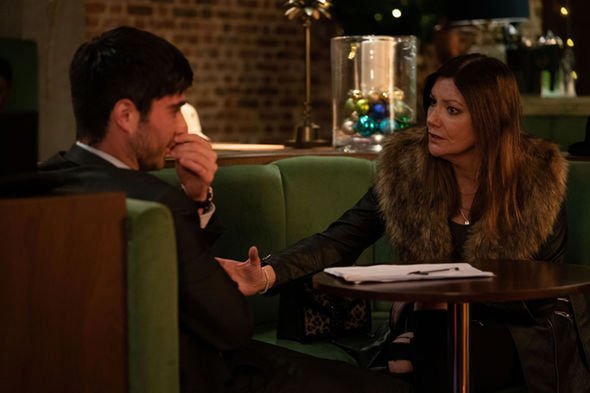 A suspicious Callum made his feelings clear: “I don’t like him, not at all, something about him you know?”

Jack agreed and later on went round to see Whitney to issue her a warning about her new lover’s behaviour – will the pair team up to take Leo down?

He told her: “I’ve seen a lot of people lose their temper Whit, on the job, I’ve seen it myself but this is different… I’ve got a bad feeling about him and I just don’t want to see you get hurt that’s all.

“I see how happy you look together and it isn’t easy for me to say this but I had to say something, I’m sorry,” he added.

However, Whitney was quick to defend Leo as she remains completely unaware of his true motives for being in Walford.

“He told me about that case, just now you know, he was working with that family for a long time, apparently there’s this woman right but she went away for it and she died…”

Jack then told her: “He warned me off telling you Whit, he took one look at me tonight and jumped before he was pushed… the only reason he told you is because he was afraid I would drop him in it.”

Whitney, who didn’t hesitate to stand up for Leo, hit back, saying: “No Jack, he told me because he was embarrassed to see you alright because he knows he got too involved and he admits that himself.

“It’s a horrible thing to say but I think he needs to care less, you know? For his own sake, that’s probably why I like him so much,” she told him.

“I really appreciate that you’re looking out for me and you’ve got my back but I’m a big girl and I can take care of myself, stop worrying about me,” she insisted.

However, as Jack suspicions continue to arise and Callum is soon set to join the police alongside him, will the pair do some further digging into Leo and find out why he is really in Walford?

Even though Callum is not in Whitney’s good books at the moment, could he be the one to save her from Leo’s plan of revenge?

EastEnders continues on Monday at 8pm on BBC One.

Facebook has started testing on its long-awaited dating app