EXCLUSIVE: Oscar-winner Emma Thompson, who plays Miss.Trunchbull, the horrible headmistress who bullies a book-loving schoolgirl and her classmates in Roald Dahl’s Matilda The Musical, has revealed how she had trouble getting her child co-stars to loathe her.

”They thought I was Nanny McFucking McPhee,” she said referring to the stern-looking but soft-hearted nursery nurse she played on screen in Nanny McPhee and sequel Nanny McPhee Returns.

“I was supposed to terrify them. I mean, the characters they played were terrified of me, but they weren’t!,” the actress told Deadline at the after-party following the world premiere screening of Matilda The Musical, which opened the BFI London Film Festival at the Royal Festival Hall on Wednesday night.

The film, directed by Matthew Warchus, was adapted by Dennis Kelly from Dahl’s 1988 novel about super-bright Matilda Wormwood, with music by Tim Minchin. The three creatives reimagined their Tony Award and Olivier Award-winning Royal Shakespeare Company musical for the screen, with winning results.

Thompson was seated with Lauren Alexandra,who plays the character of The Acrobat alongside Carl Spencer as screen partner Magnus the Escapologist. ”It’s their story that provides some important emotional underpinning,” said Thompson, keenly aware not to give away any spoilers.

The film went down as a treat with an opening night audience that included Sir Lenny Henry and Rishi Sunak, the former U.K. Chancellor of the Exchequer who failed in his bid to become Prime Minister and leader of the Conservative Party. 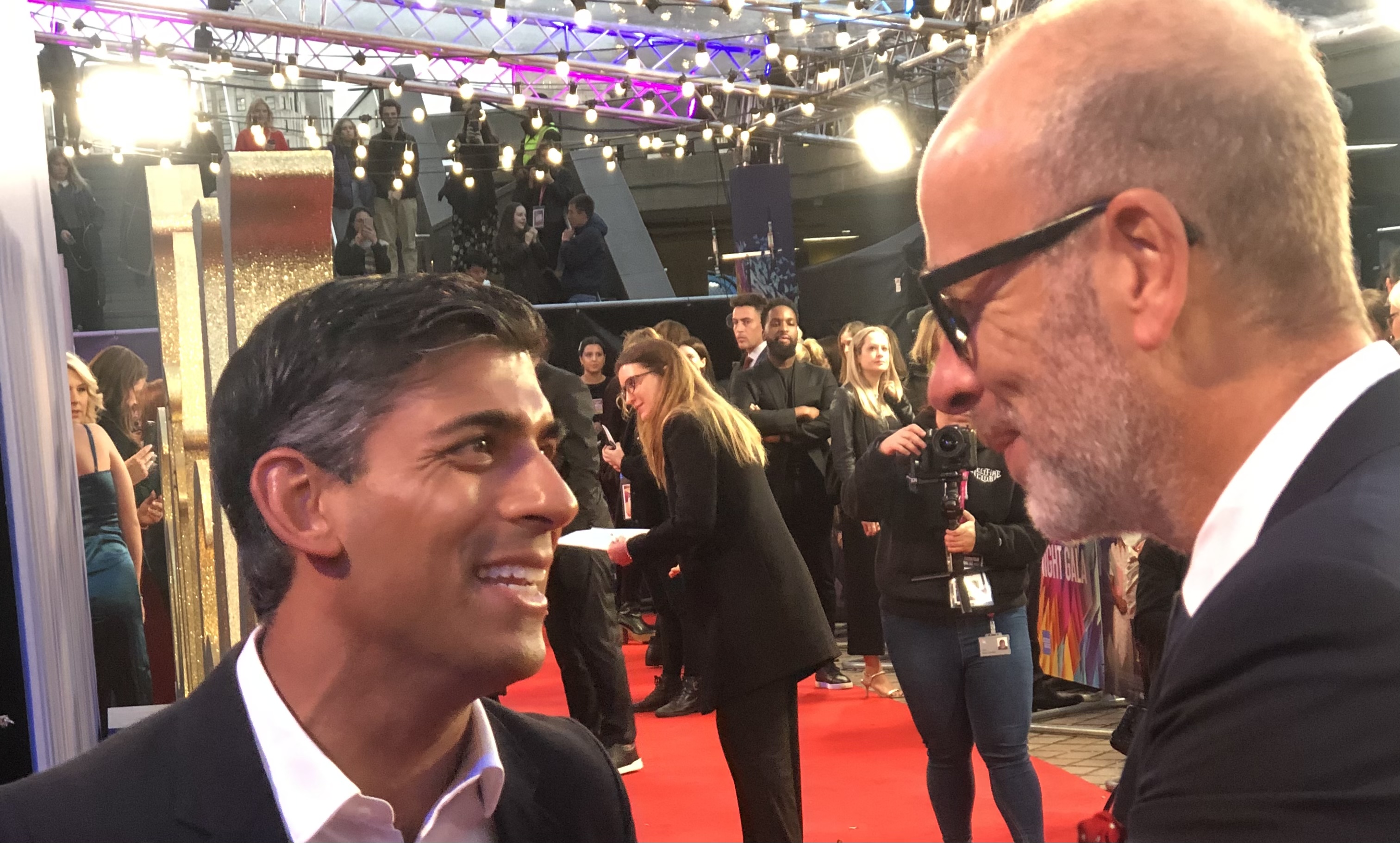 Cast members in attendance included Lashana Lynch (No Time to Die) who plays kindly teacher Miss.Honey, who befriends Matilda, played by 13 year-old Alisha Weir, who was at the Royal Festival Hall with her parents, siblings, and grand-parents. Stephen Graham (Venom: Let There Be Carnage), who had larks playing Mr.Wormwood, Matilda’s unkind father, was at the lively party with his family, plus dozens of children from the film.

Banijay Set To Acquire ‘Mythbusters’ Firm Beyond International Ahead Of Mipcom

'Counting On': Jinger Duggar Tears Up When Talking About Her Decision to Wear Pants in New Season 10 Trailer

Soldier who had depression 'hanged himself after splitting from wife'