Dick Strawbridge and Angel Adoree often uncover historical quirks around their Neo-Renaissance style home, but the Escape to the Chateau stars have also unearthed some concerning features over the years. In a classic episode of the Channel 4 programme, the couple were left in fear when they discovered a hidden “death trap” in their garden.

As they were preparing for a family event at their chateau, they came across a brick well near the house which looked unstable.

They walked over to the manmade hole as they needed to work out how to make the area safe in case guests ventured near it.

“Wow, I have never seen that,” Angel admitted as she had a closer look before Dick added: “No, me neither.”

Mother-of-two Angel explained: “I think the reason I’ve never come here is because I am often with the children. 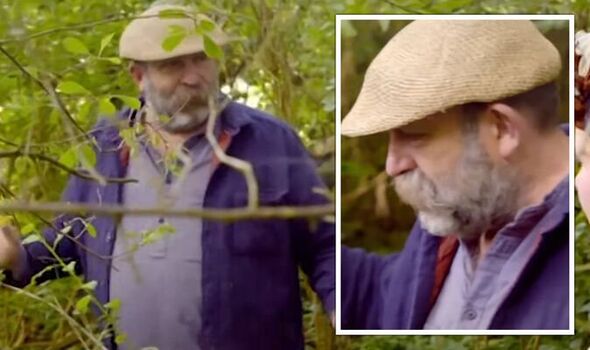 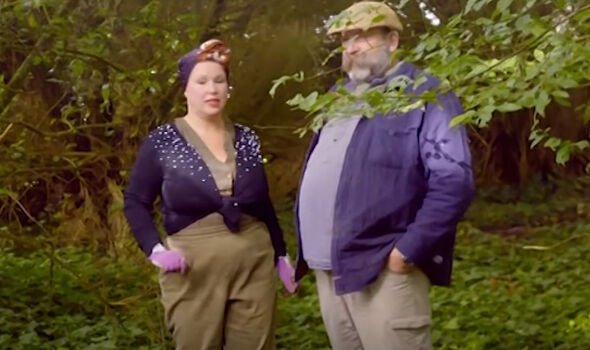 “What is it? Is it a well?” Angel asked Dick before joking: “Is it a swimming pool or a big jacuzzi?”

Wealthy families, like the chateau’s previous owners, would have kept their ice in a subterranean ice house which is what Dick believed it was.

However, the ice house was missing its roof which is why it was so dangerous.

But as far as Angel was concerned, she thought it could still prove useful and she asked Dick if she could fill it up with ice to see what happens. 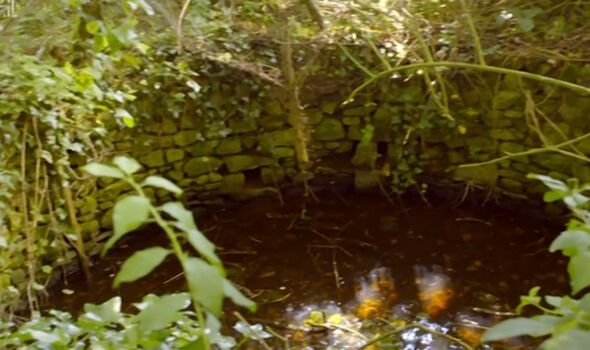 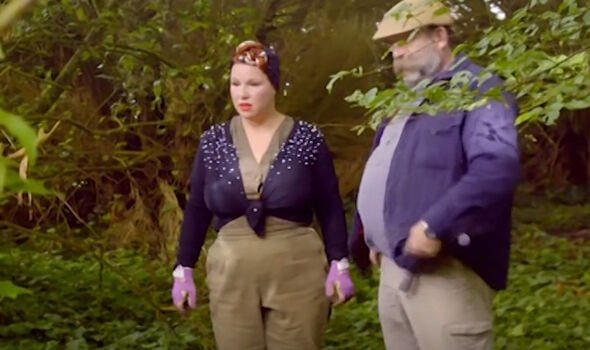 Her concerned husband replied: “No, [water] would go straight over the edge, it’s not a swimming pool.

“You better lose that thought because it is not a swimming pool and water would just go everywhere.”

The 63-year-old added: “What it is, is a bit of a death trap so we have to think about how we deal with that.”

He was worried the former ice house could be a danger to guests if they got too close to it so they called in an expert to come up with a plan to make the area safe.

Elsewhere in the episode, Angel was throwing a 50th wedding anniversary party for her parents at the chateau.

Her parents, Stephen and Jennifer Newman, eloped half a century ago and Angel thought it would be a brilliant idea to celebrate with their loved ones all these years later.

To Angel’s relief, their anniversary bash was a success, with many family members and friends making the journey to France to mark the special occasion.

Despite living in France, Angel has remained close to her family and she returned to Essex for her parents’ jewellery shop relaunch in 2017 as her brother Paul was taking over the business.

Dick and Angel purchased Château de la Motte-Husson in 2015 for just £280,000 and have been renovating it ever since.

While there is still an enormous amount of work to undertake on the 45-bedroom home, it has been used as a wedding and events venue in recent years.

Season nine of their Channel 4 programme is set to return to screens “by the end of the year”, Angel has previously teased.

Escape to the Chateau episodes are available to watch on All4.

Hilarious moment a man bumps into his exact doppelgänger