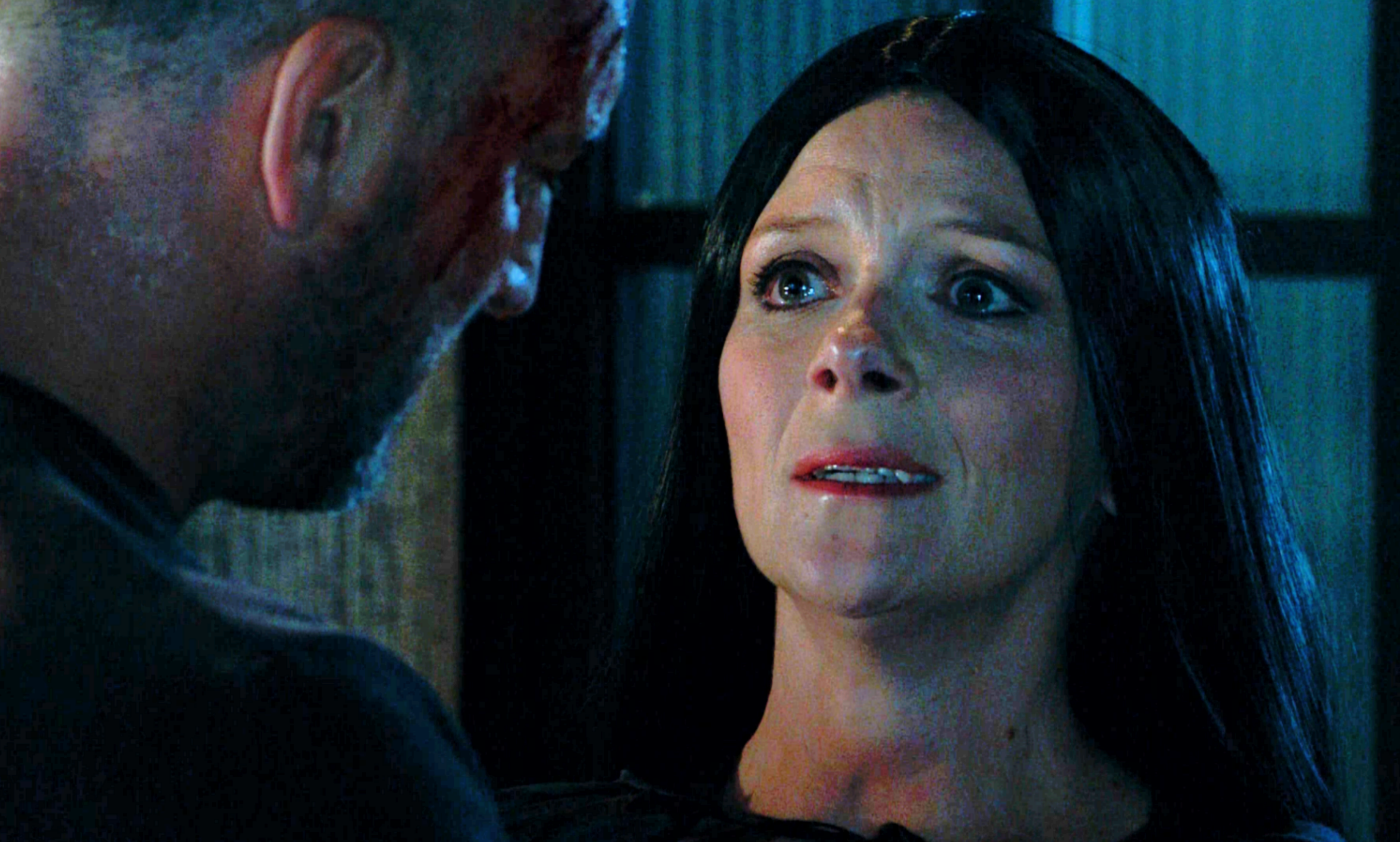 Leanne Battersby (Jane Danson)’s life could be in danger in Coronation Street, in the wake of evil Harvey Gaskell (Will Mellor)’s return to the cobbles.

The character escaped from prison during Monday night’s double-bill of episodes, after he broke his hand, only for the van taking him to the hospital to be involved in a deadly crash.

As Leanne prepared for Halloween, helping Debbie Webster (Sue Devaney) with the Horror-nation Street project, Harvey arrived in the bistro with a wrench in his hand – clearly out for revenge for giving vital evidence against him in court.

Not only is Leanne now in danger, but her family could also be targeted – but is this the end for the popular character, and is Jane Danson leaving the soap?

Is Leanne Battersby leaving Coronation Street and does she die?

It’s unclear what fate awaits Leanne as Harvey sets out to avenge himself – although actress Jane Danson has hinted at a possible demise for the character.

As Harvey reappeared in Weatherfield, Jane actress took to Twitter to quip: ‘Well, it’s been an incredible 24 years….’ in response to a tweet the soap’s official account had posted about Will Mellor’s return.

Of course, that doesn’t mean the character is about to be killed off – and we’ll find out exactly what happens when the two of them come face to face in Wednesday night’s episodes.

‘RHOBH’: Brandi Glanville Details Her Alleged Hookups With Denise Richards — We Did ‘Everything’