IT’S never been much fun living in TV soapland – especially for the women with death, destruction, misery and mayhem just an episode away.

In fact the lives of these modern-day heroines are so tragic, that one telly critic remarked “these women make the wives of Henry VIII seem lucky.” 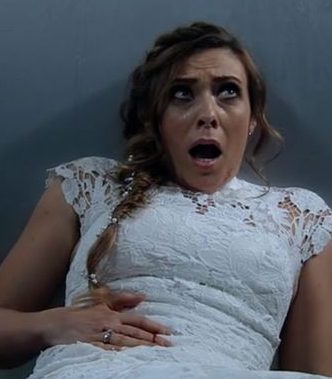 While they haven’t had their heads cut off, they have endured more than their fair share of heartbreak, tragedy, violence, illness and crime.

And with more and more episodes being watched by fewer and fewer viewers our soap stars are likely to face even more storyline misery.

Here’s our favourite soap heroines and the traumas they have had to suffer.

GETTING shot on her wedding day is just one of a host tragedies that Michelle has endured in Weatherfield.

Money worries forced her to rob her own business and she’s been kidnapped and stalked by an ex-lover. 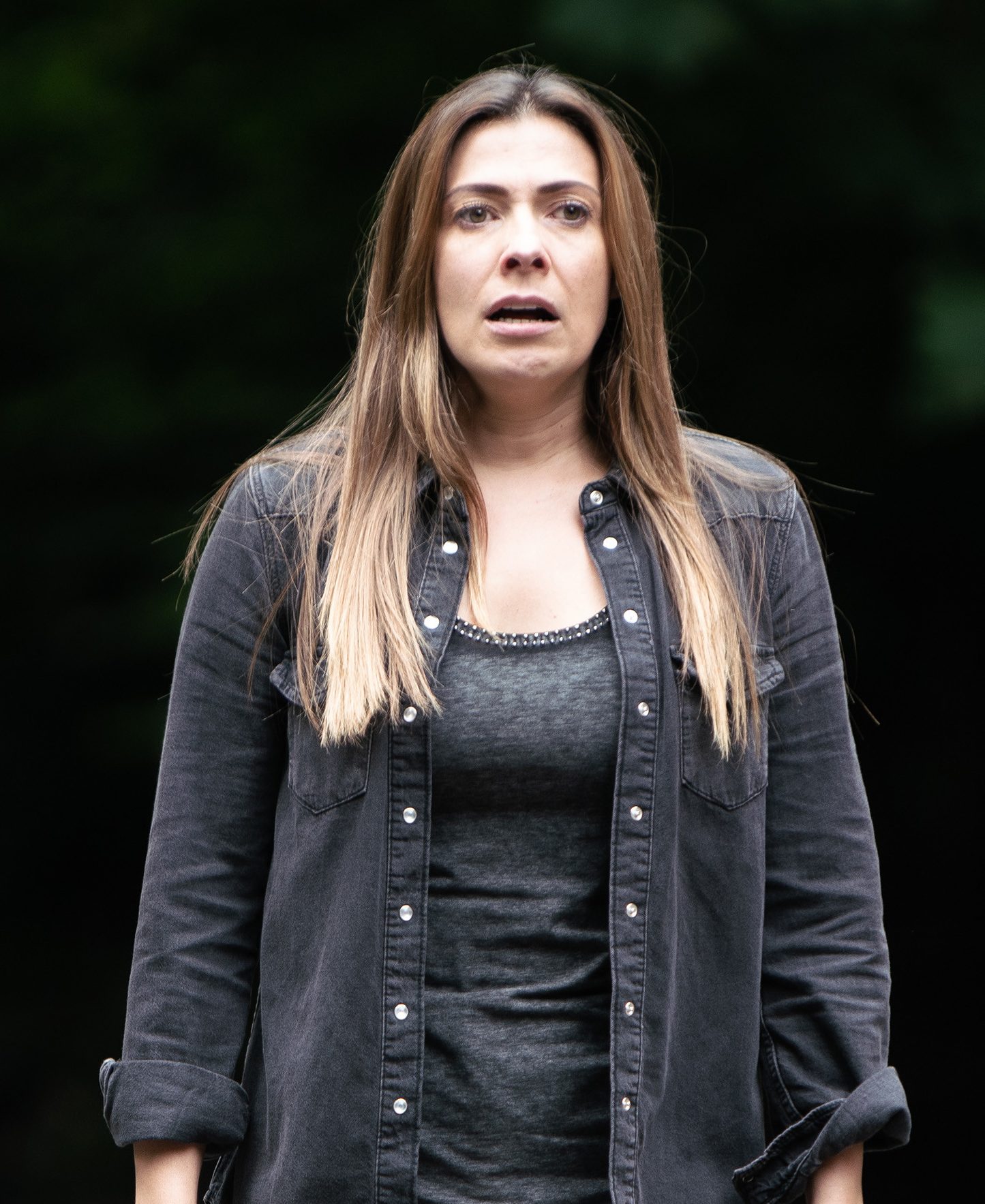 Soon after her Street debut in 2004 her two older brothers both died.

Michelle also suffered the heartbreak of finding out her son, Ryan was not her biological child – and then struggled to bond with her real son.

She also had a still-birth with on-off lover Steve McDonald, and had to watch as love rival Leanne had a healthy son.

SAD Stacey has really suffered since arriving on the Square in 2004.

Her teen romance with Bradley Branning hit the rocks after she had an abortion and started an affair with his dad Max. 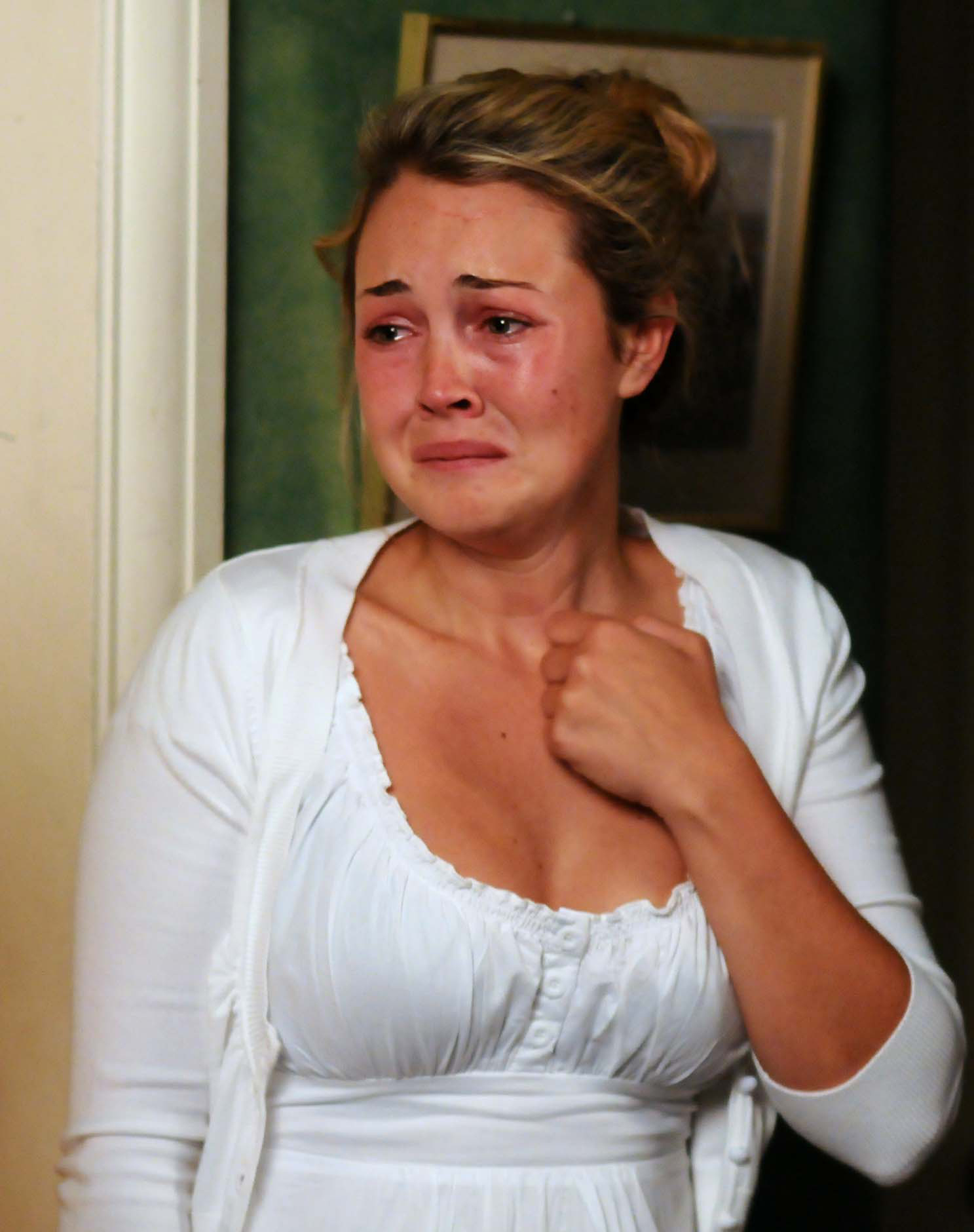 Bipolar like her mum, Stacey killed her evil rapist Archie Mitchell, had a child with her friend’s partner before going on the run to Mexico.

On her return she married Martin Fowler, but his best mate got her pregnant. She then suffered post-partum psychosis and was sectioned.

Her third child, Hope, suffered an eclamptic seizure. Stacey is currently on the run again after attacking Phil Mitchell to save husband Martin.

IT shouldn’t happen to a vet . . . but it has for Rhona since she joined Emmerdale nine years ago.

She became pregnant by Marlon Dingle, but fell in love with his best friend and fellow vet Paddy. 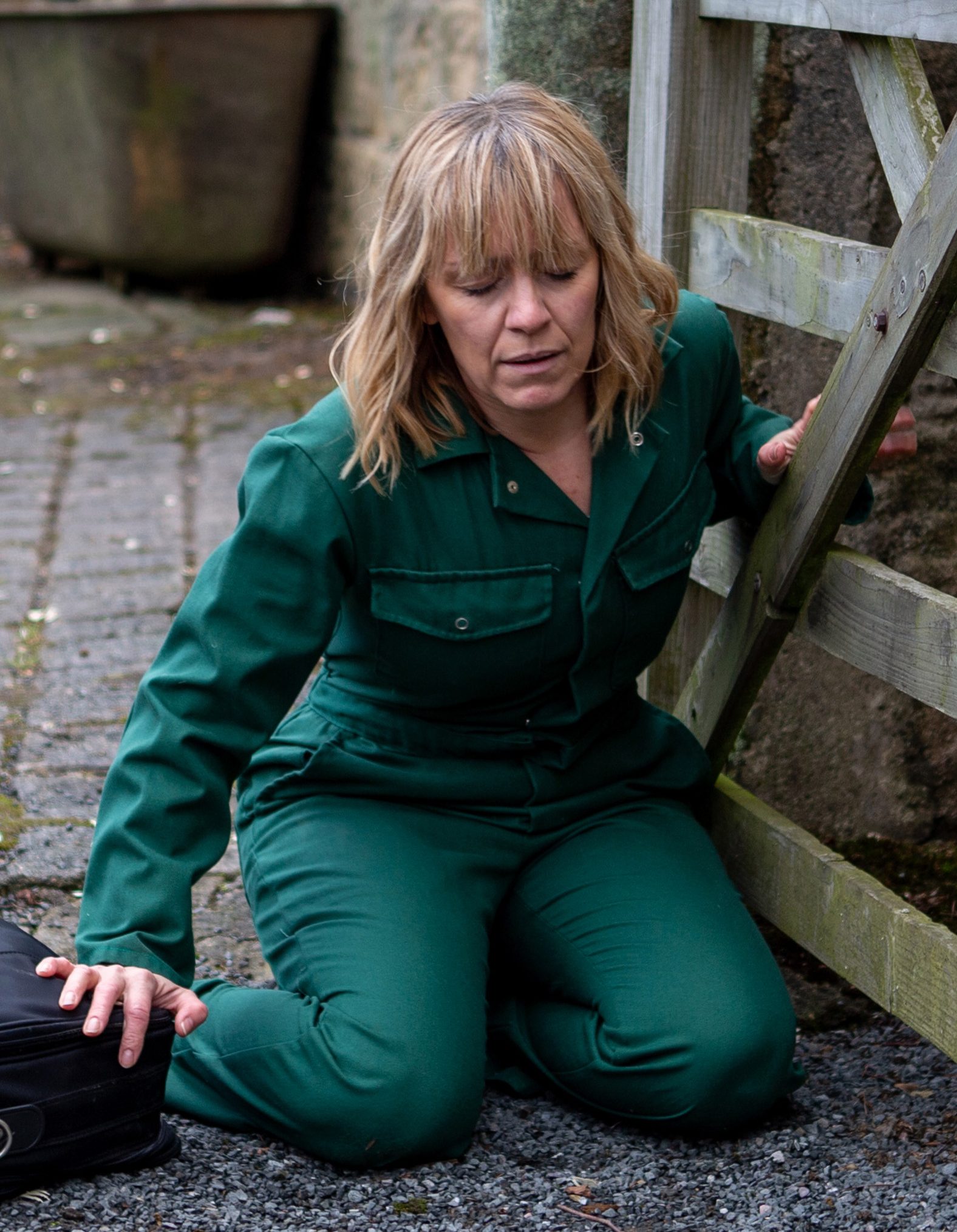 Her baby, Leo, was born with Down’s Syndrome and hearing difficulties and she later lost custody of him when she became addicted to pain killers. Paddy’s affair then killed their marriage.

Rhona’s second husband, Pierce Harris, was even worse – raping her on their wedding day.

She has recently split from Pete Barton after a farm accident left her needing a hysterectomy.

In a one-night stand with her sister Jacqui’s boyfriend, she got pregnant – then had an abortion. 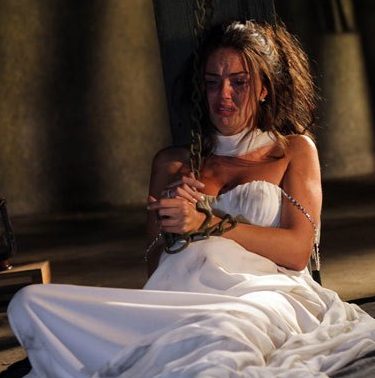 She suffered an HIV scare when her lover Malachy was diagnosed.

She later became an escort and sold sex to killer Doctor Browning.

BAD luck has plagued Cindy for more than 20 years.

It started aged just 16, when she gave birth to a baby on Christmas Day. The baby’s dad died in a car crash and after spiralling into depression, Cindy tried to smother her baby. 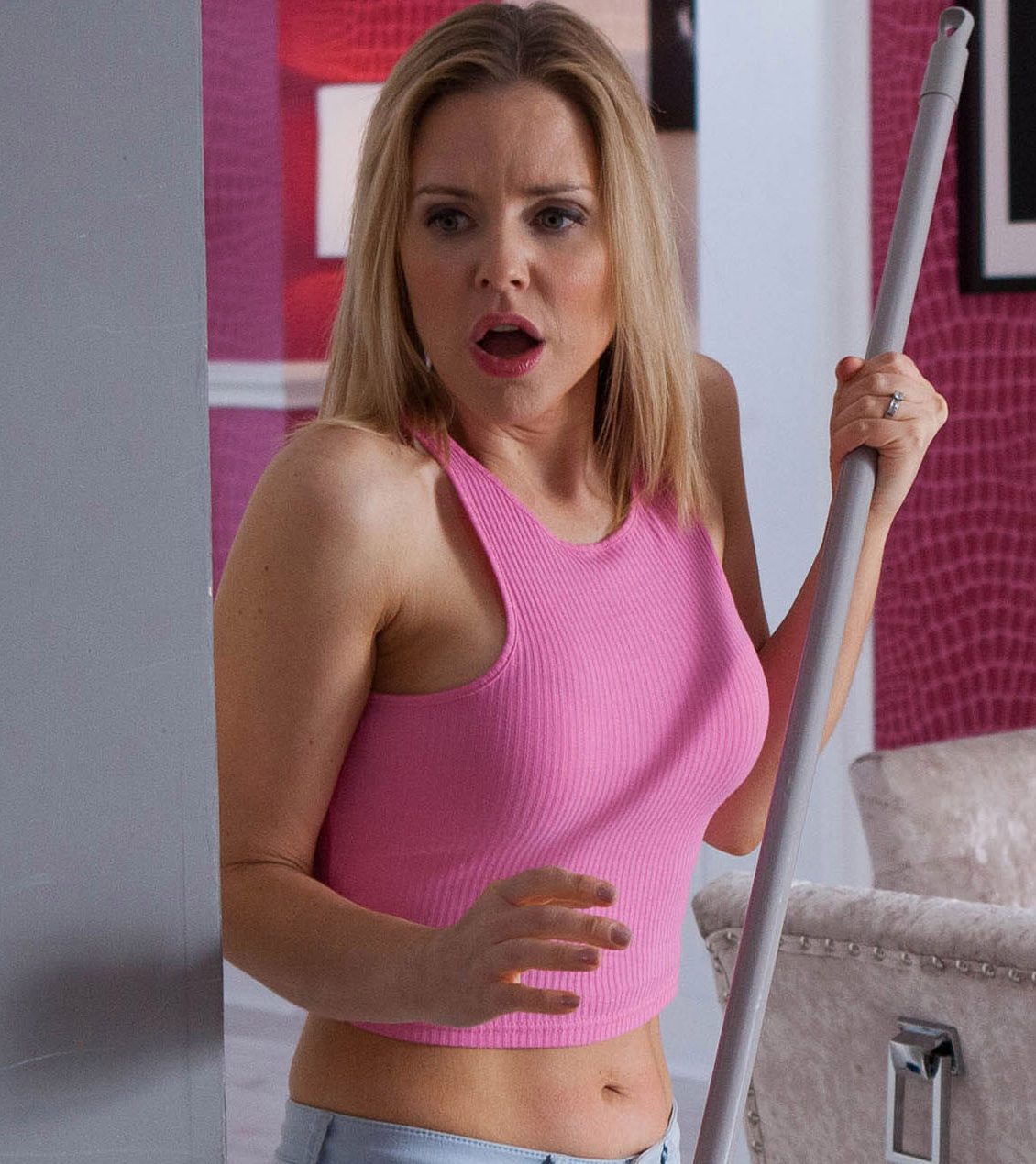 She moved to Spain but left when her lover turned violent. She was then conned out of her cash by a dodgy priest and declared bankrupt.

Her son Hilton, who needed a life-saving blood transfusion, was fathered by killer Doc Browning.

Cindy’s life spiralled out of control when she was diagnosed with bipolar which manifested itself in sexually promiscuity.

She briefly found happiness when she married Dirk Savage but was quickly widowed when he was electrocuted in a swimming pool.

MAXINE’S seven years on the soap have been rough.

She suffered severe abuse by partner Patrick Blake then their daughter was born with Down syndrome. 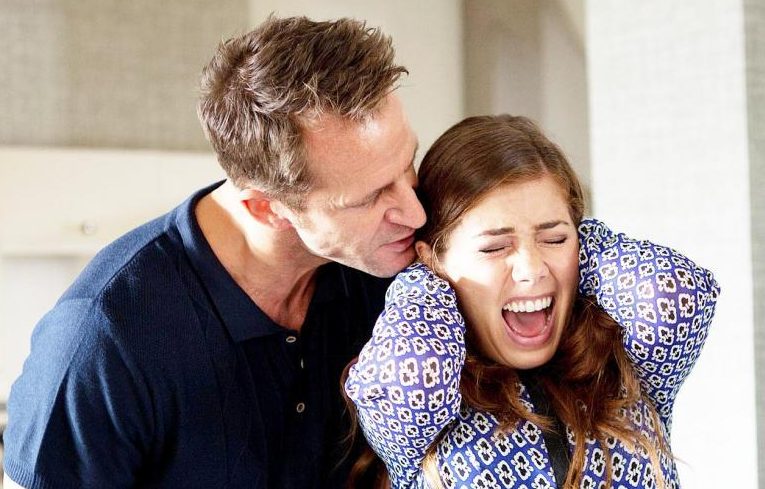 A custody battle followed as he tried to portray her as an alcoholic. He got motor neurone disease, then was murdered by his granddaughter – but before his eventual death tried to frame Maxine for his murder.

She later got engaged to Warren Fox but had a miscarriage. She then wed Adam Donovan and they hit the rocks but made up, before he was shot dead by his corrupt dad Glenn.

Maxine now has Munchausen syndrome, faking illness to get sympathy. This summer she wed Damon Kinsella after telling him she had six months to live – and has held her own living funeral.

MOIRA arrived in Emmerdale ten years ago as a happily married mum-of-three – but it didn’t take long for things to go wrong.

Her daughter Holly became a heroin addict and Moira was cautioned for having drugs on her after going to score for her daughter, who later died of an overdose. 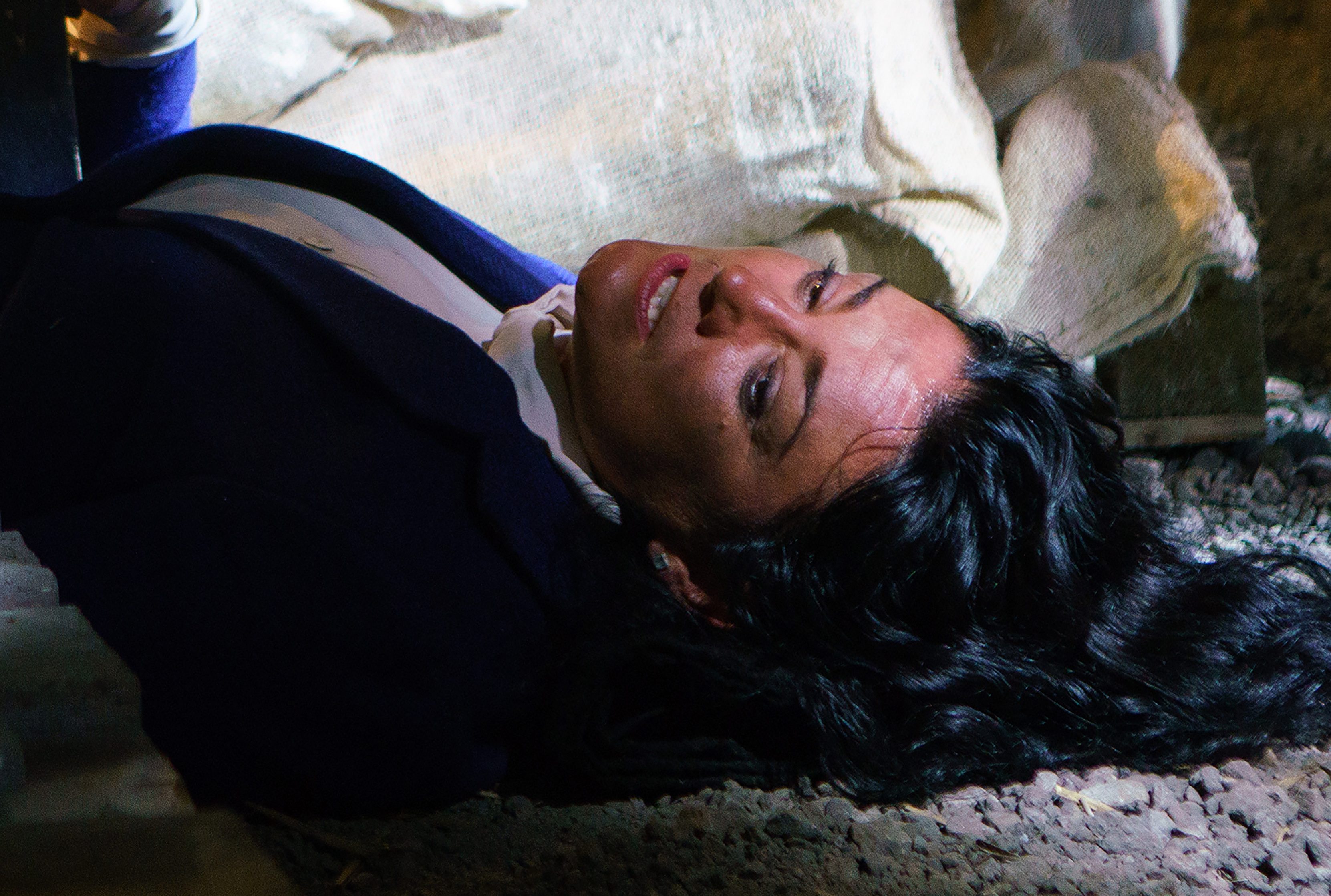 Moira started an affair with bad boy Cain Dingle, her husband John forgave her but died in a car crash.

After marrying Cain, Moira started a feud with her ex-brother-in-law’s estranged wife Emma and later killed her. Her son, Adam took the blame and went on the run.

Moira got a shock when her daughter Hannah returned – living as a man called Matty. Moira is having an affair with a farm hand behind Cain’s back.

HAVING first appeared as a foster child, Debbie was soon reunited with her real parents, cousins Cain and Charity Dingle. But when Charity was jailed for ­murder, the family broke down. 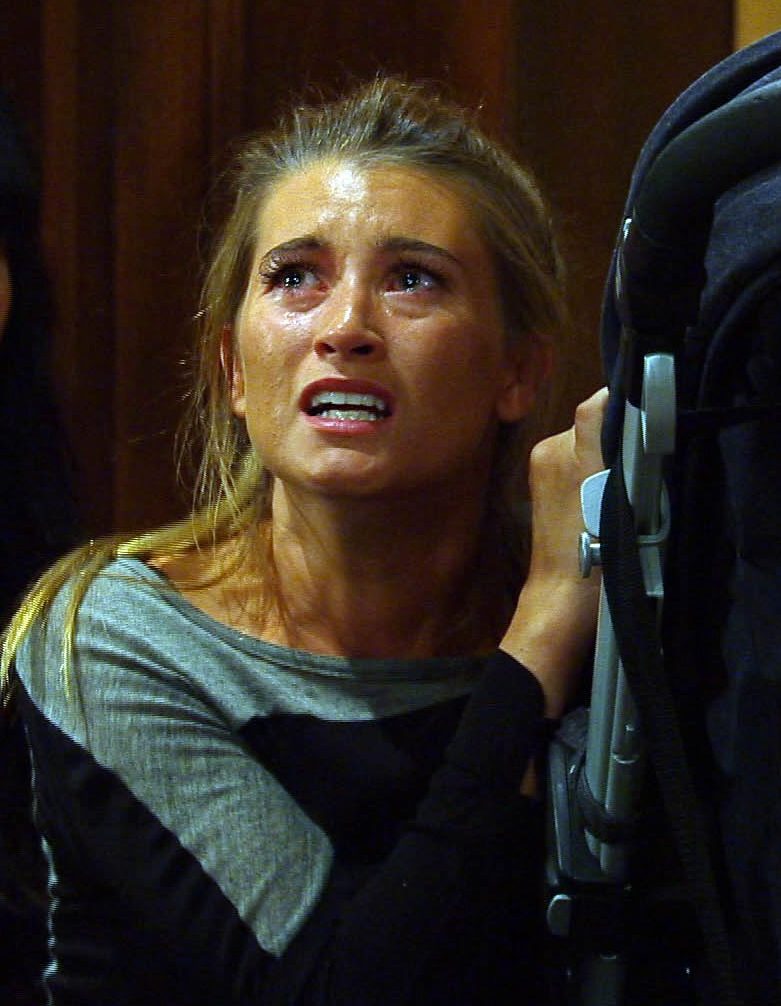 When Sarah was later diagnosed with a blood ­disorder and needed a bone marrow donor, Debbie and Andy had another baby, Jack, in the hope he would be a match.

Debbie later dated Cameron Murray but he went on a killing spree and held her hostage in The Woolpack cellar in a gun siege.

Later Debbie had a brush with death on tying the knot with Pete Barton, when a helicopter crashed into her wedding reception.

Currently Debbie is off screen in Scotland while actress Charley Webb is on maternity leave.

KATHY’S son Ian was devastated when he discovered his mum had faked her own death and started a new life in South Africa, but who could blame her?

In Walford, she had been raped twice – once when she was a teenager, and gave up a baby for ­adoption only to learn the new mum later became a drug addict and died. 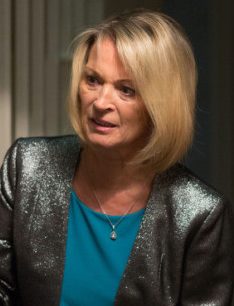 Kathy suffered domestic abuse at the hands of her alcoholic second husband Phil Mitchell, nursed her son Ben through meningitis and contemplated suicide.

Then she faked her own death at the behest of third husband Gavin Sullivan.

After she returned to Walford in 2015, Gavin kidnapped her – but she was saved by another tragic heroine, Sharon Watts.

Kathy is now helping grandson Bobby Beale, who has turned to Islam, readjust to life after his stint in a young offenders’ institute after killing his sister Lucy.

WHITNEY rocked up in Walford 11 years ago and it soon became clear she had been groomed and abused by her step-mum Bianca’s paedophile boyfriend Tony King.

Her love life has been a catalogue of disaster and tragedy. She then fell for Bianca’s half-brother Billie Jackson but he died in his sleep from alcohol poisoning on the same night she cheated on him. 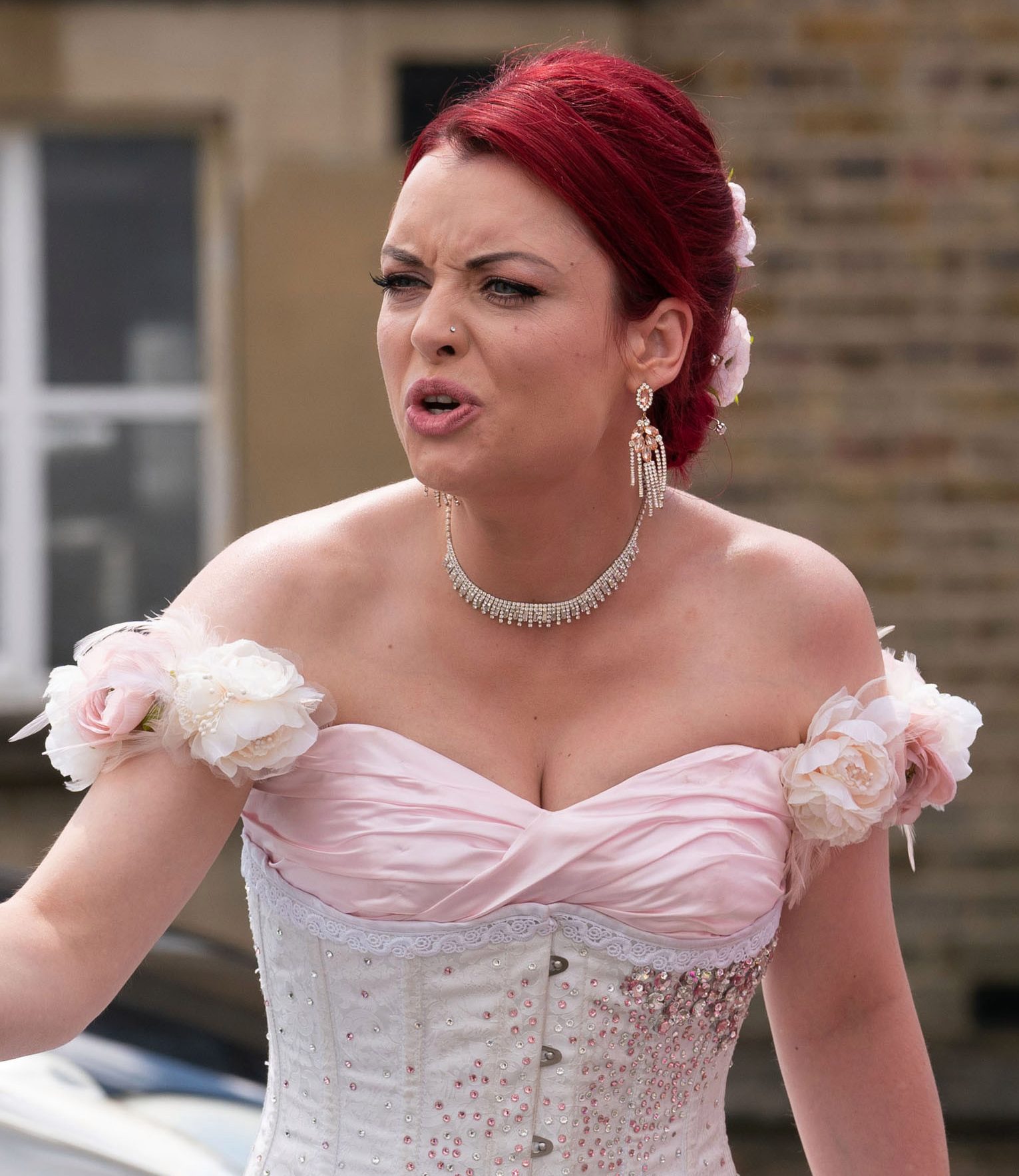 Whitney’s next love triangle was even worse – her boyfriend Connor Stanley was also sleeping with her “nan” Carol Jackson.

Then Rob Grayson got her to sleep with men to pay off his debts, while ex-soldier Lee Carter slapped her.

Whitney’s hopes of finding true love were dashed when she dumped Callum on their wedding day after he told her he is gay.

KNICKER factory boss Carla joined Corrie in 2006 with hubby Paul but he was killed off after taking a liking to prostitutes.

She moved on to his brother Liam but he was run over by Carla’s murderous fiancé Tony Gordon. Tony set a hitman on Carla but she hit him over the head and Tony made her think she killed him. She later shot Tony. 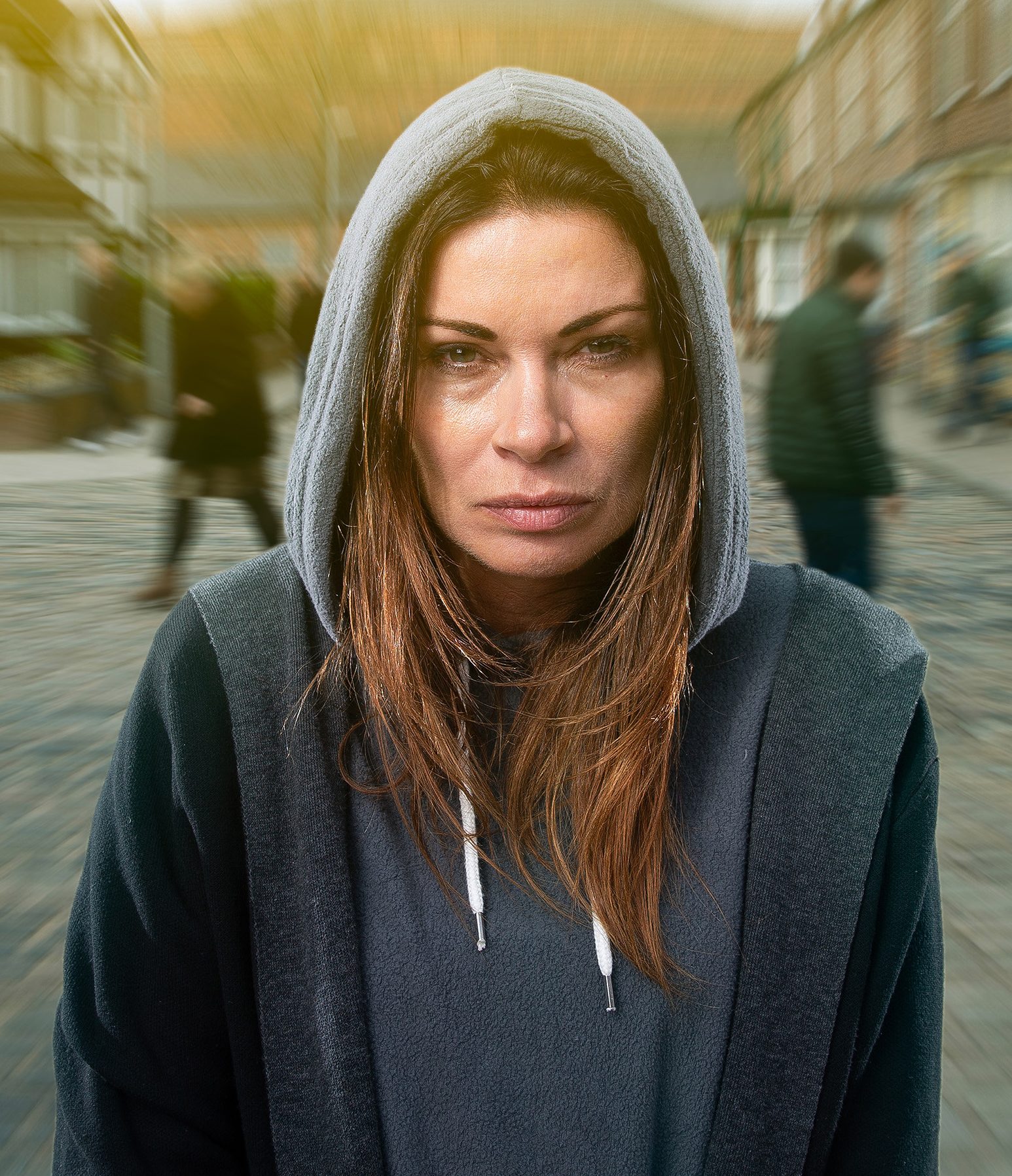 She dated Frank Foster and, when she tried to end that, he raped her.

She wed alcoholic Peter Barlow but, after it emerged he slept with Tina McIntyre, she had a miscarriage. She was held for Tina’s murder, only to find her brother Rob did it.

She later wed business partner Nick Tilsley but that was annulled after he cheated.

She had a kidney swap from half-brother Aidan, who later killed himself. She is now recovering from a breakdown.

SOAP veteran Gail has been wed five times since her Corrie debut in 1974 – and only her love rat second husband Martin Platt has survived.

Brian Tilsley was shot, Richard Hillman died when he tried to kill the entire family after being uncovered as a serial killer, and Joe McIntyre died faking his own death – leaving Gail wrongly jailed for his death. Michael Rodwell died at the hands of another serial killer, Pat Phelan. 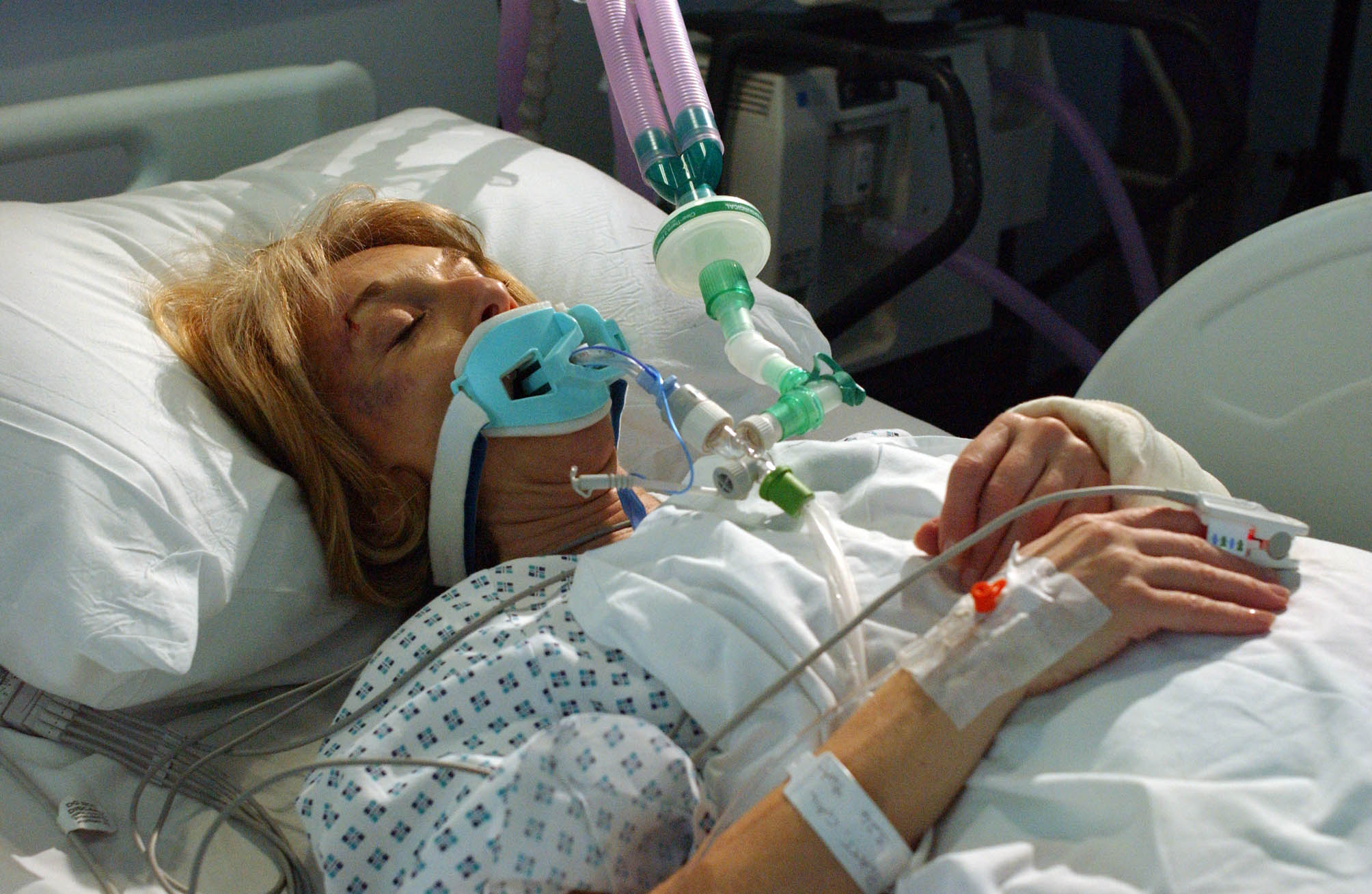 Gail’s son David put her in hospital in 2008 by pushing her down stairs.

Her daughter Sarah had a baby at 13 and killed a drug dealer who was terrorising the family, before hiding the body at Gail’s house.

Lately, Gail has been sunning herself in Thailand, despairing over her sons David and Nick’s criminal attempts to fleece their gran.

Man dies from coronavirus after calling it a ‘political ploy’

The least common symptoms of coronavirus you might not know