I’m a Celebrity viewers have been loving Nick Knowles this year, branding him a national treasure, a gentleman and a surprising hottie all in one.

However, following last night’s episode (November 28), Nick managed to spark a debate online that got some people very riled up – and it’s all because of his attitude towards knickers. Yes, knickers.

The TV presenter split viewers after he asked fellow camp-mate John Barrowman if he wouldn’t mind hanging one of the female campmates’ knickers on the washing line since he didn’t “feel comfortable” handling women’s underwear. 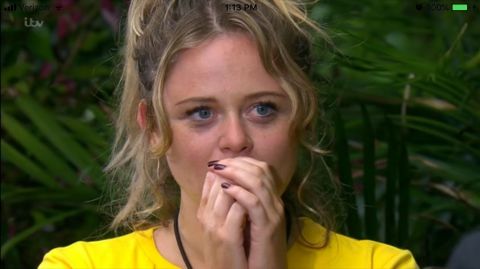 John, immediately bemused, challenged Nick over his aversion to “laundry”, with Nick insisting that he was simply “old-fashioned” and didn’t want to handle women’s knickers.

Fans of the show quickly picked up on Nick singling out John, with some viewers suggesting the idea was “unconsciously homophobic” by assuming John would be fine touching a pair of pants.

The debate even became its own Twitter moment (with strong language in the reactions below).

“Glad John pulled Nick up about assuming that John would be alright picking up the knickers,” one viewer wrote. “Because he’s gay, why would that make him any more comfortable.”

Not everyone was convinced, though, with one fan arguing that Nick resisted picking up the infamous knickers “due to the fear of being portrayed as a pervert”.

“Nick asked John because he was nearest. He ASKED him. He didn’t presume he’d be OK. He could’ve said no,” another added.

Emily Atack declared that she appreciated Nick’s attitude of “old-fashioned chivalry”, as the camp debated the matter.

There hasn’t been this much uproar over knickers in the jungle since Gillian McKeith used hers to smuggle in salt and pepper. Those were the days.

I’m a Celebrity… Get Me Out of Here! continues tonight (November 29) at 9pm on ITV.

Twelve passengers from Qatar test positive for coronavirus in Greece