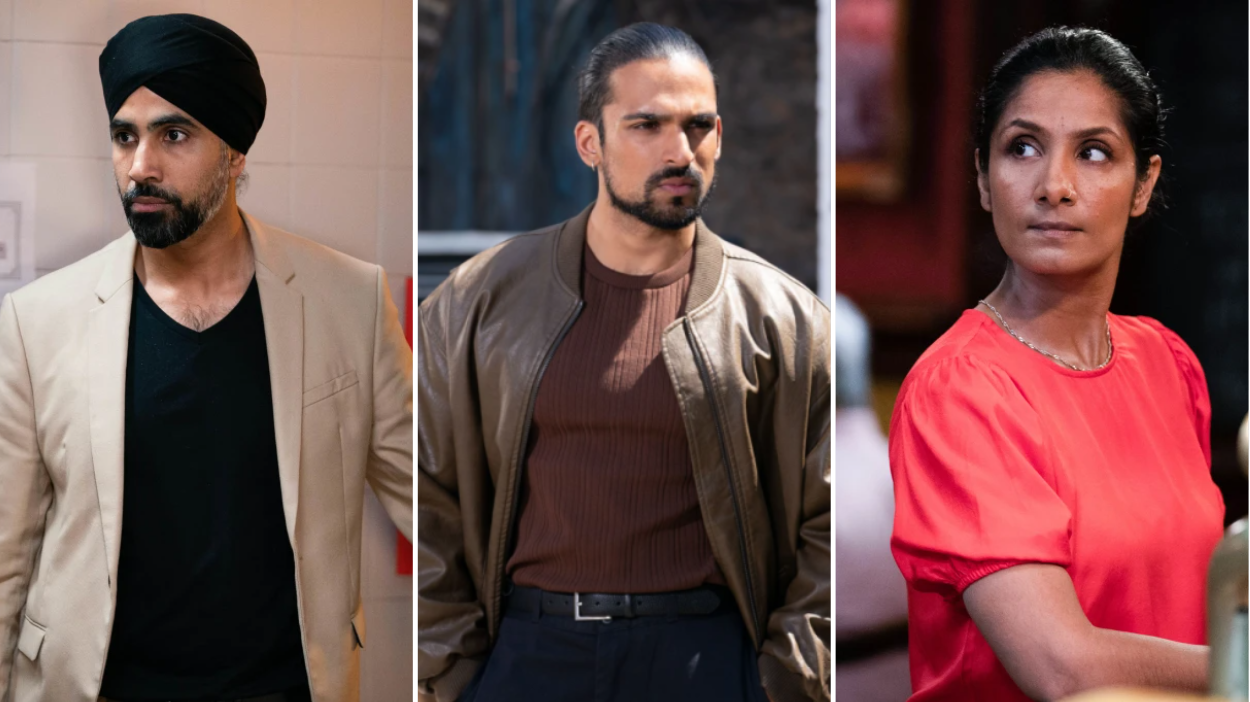 With Suki (Balvinder Sopal) still under the impression that she killed Ranveer (Anil Goutam) on EastEnders and trying to hold it together and act normally, it isn’t surprising that people are starting to notice that she isn’t acting normally. If you see what we mean.

Eve (Heather Peace) is the first to notice in upcoming episodes, and she encourages Kheerat (Jaz Singh Deol) to attend the reopening of Walford East to support his mother. Despite Stacey (Lacey Turner) also encouraging him, he initially refuses.

Suki is anxious as the launch party gets going, but gives a sigh of relief when Vinny (Shiv Jalota), Ash (Gurlaine Kaur Garcha) and Kheerat all turn up. When a family friend asks Kheerat about Ranveer, Suki panics. Ravi (Aaron Thiara) smoothly deflects the question.

The incident makes Kheerat suspicious, to the point where Stacey accuses him of being obsessive. In turn, he accuses her of drinking too much. Stacey heads to the kitchen where Ravi finds her, and the pair start flirting – much to the annoyance of Kheerat who walks in on them.

These incidents start to play on Kheerat’s mind and he tells Suki that he reckons there’s something suspicious going on involving Ranveer and Ravi.

Who is David Potts? Ibiza Weekender 2017 head rep who will star on Celebs Go Dating