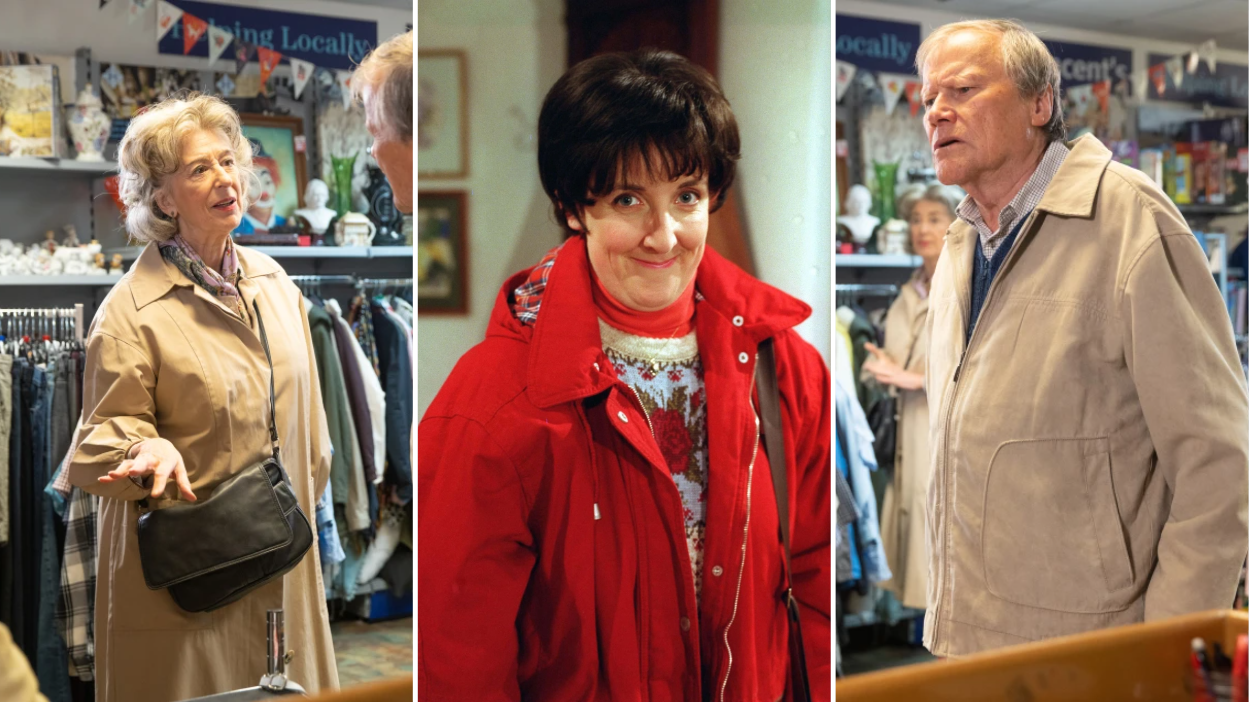 Close your eyes and picture Coronation Street legend Hayley Cropper (Julie Hesmondhalgh). We can almost guarantee you’re picturing her wearing a red anorak – after all, it was her trademark look over the 16 years she was on the show.

All isn’t lost, however, as after Evelyn (Maureen Lipman) gives Roy a model train for his birthday Roy recognises it as his own and realises it must have come from the shop that got Hayley’s coat.

Evelyn heads off, marches into the shop and grabs the coat. How will Roy react?

If you want to see the iconic anorak for yourself, it currently resides at the People’s History Museum in Manchester after Julie Hesmondhalgh donated it for their ‘Never Going Underground: The Fight for LGBT+ Rights’ exhibition.

Hayley was the first trans character in a UK soap, and while there has been some criticism of the show for not casting a trans woman in the role, the storyline was hugely influential in helping to shift opinions.

‘What the hell?’ Gogglebox viewers left concerned after Channel 4 show abruptly cuts off

Revealed: The first and last British soldiers to die in WW1