Line of Duty has well and truly ramped up the action before the highly-anticipated finale set to air on Sunday night.

The BBC show has gripped fans with its huge mystery about the identity of bent copper, H.

With Ted Hastings (played by Adrian Dunbar) arrested it seems he is every inch the corrupt police officer.

But many fans are hoping to see some redemption for the leader of AC-12, but Vicky McClure remained tight-lipped about her role in the finale.

Appearing on The One Show, Vicky, who plays DI Kate Fleming, was positively grilled by the presenters, but she was careful not to give anything away.

When asked how bad the constant spoiler questions are, she levelled: “I think it’s getting ridiculous.

“Sunday night needs to come and then we can all talk again! I’m so conscious of slipping up.”

She continued: “I’ve just got to say nothing. I’m sorry.

“There’s so many people asking you all the time and there’s always that chance you say something that makes them think something.”

However, later on in The One Show, Vicky faced some tough interrogation from presenters Matt Baker and Angelica Bell, who tried to get some form of a spoiler out of her. 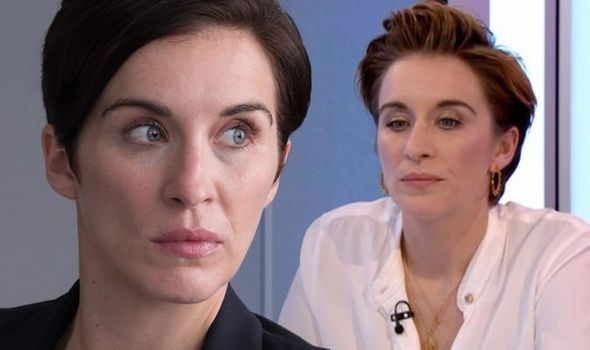 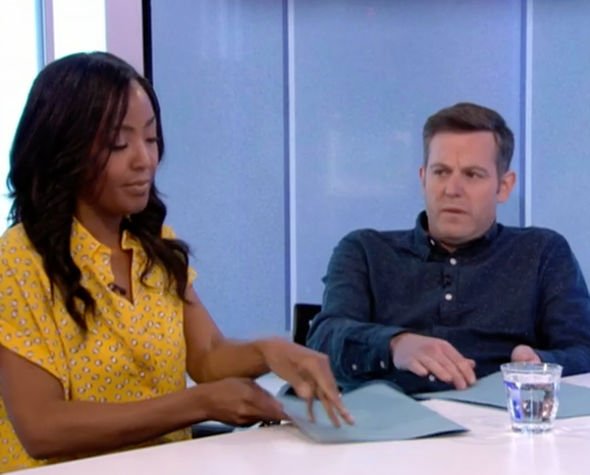 When asked how Line of Duty was so popular, she insisted: “Well, it was a gentleman called Jed Mercurio actually, who is guilty of this.

“He wrote the scripts and he’s a very clever man. The scripts got better and millions of people watch it now.

Vicky, who is about to star in Dementia Choir, added how tricky it is to keep the coveted scripts a secret.

She continued: “I receive them through email and they’re watermarked with our names and we have to be careful we don’t chuck them in the bin.

“I’m the first to read them [before Adrian and Martin Compston] because I’m impatient so I wind them up and tell them things that happen to their characters that aren’t actually happening.” 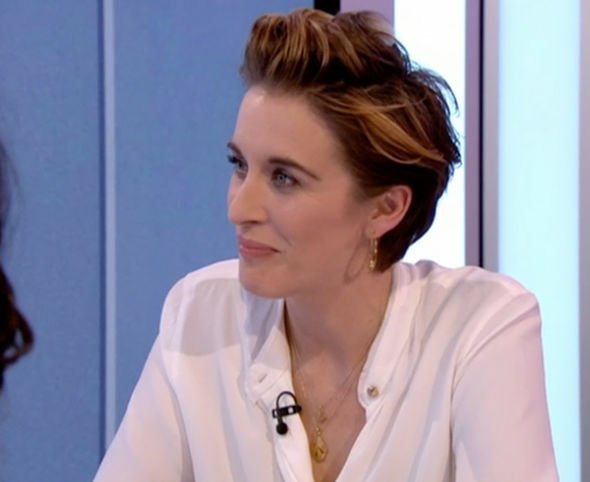 Meanwhile, there’s plenty of suspicion lying on Kate’s character as some believe she will be revealed as H.

One Reddit user believes it boils down to season three of Line of Duty, where Dot Cottan (Craig Parkinson) was revealed as that series’ bent copper.

He famously didn’t kill her despite being fairly ruthless in a bid to hide his tracks.

The theory suggests Kate being spared wasn’t just an act of attraction; it was a bid to protect his boss, H.

Line of Duty concludes this Sunday on BBC One at 9pm.