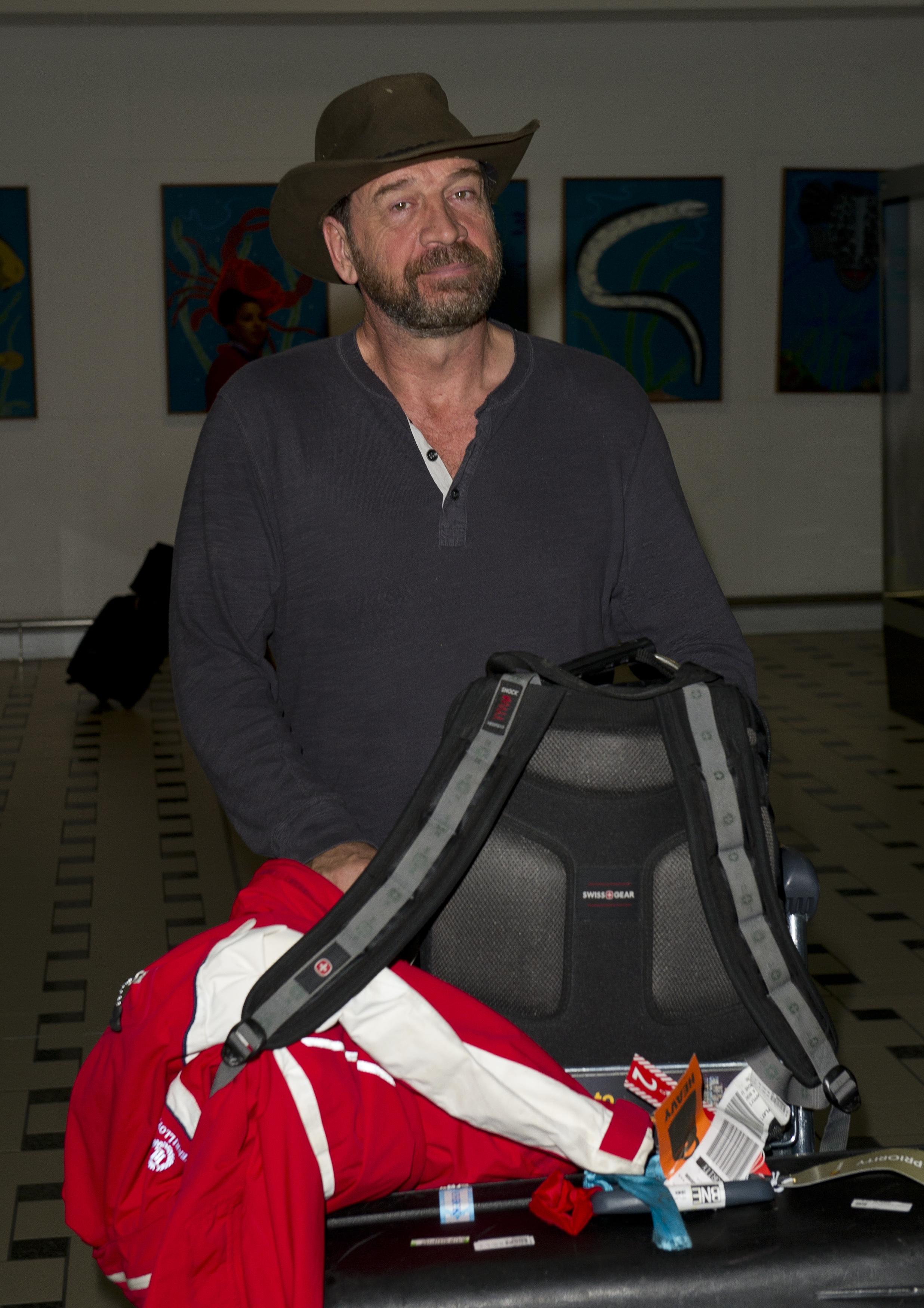 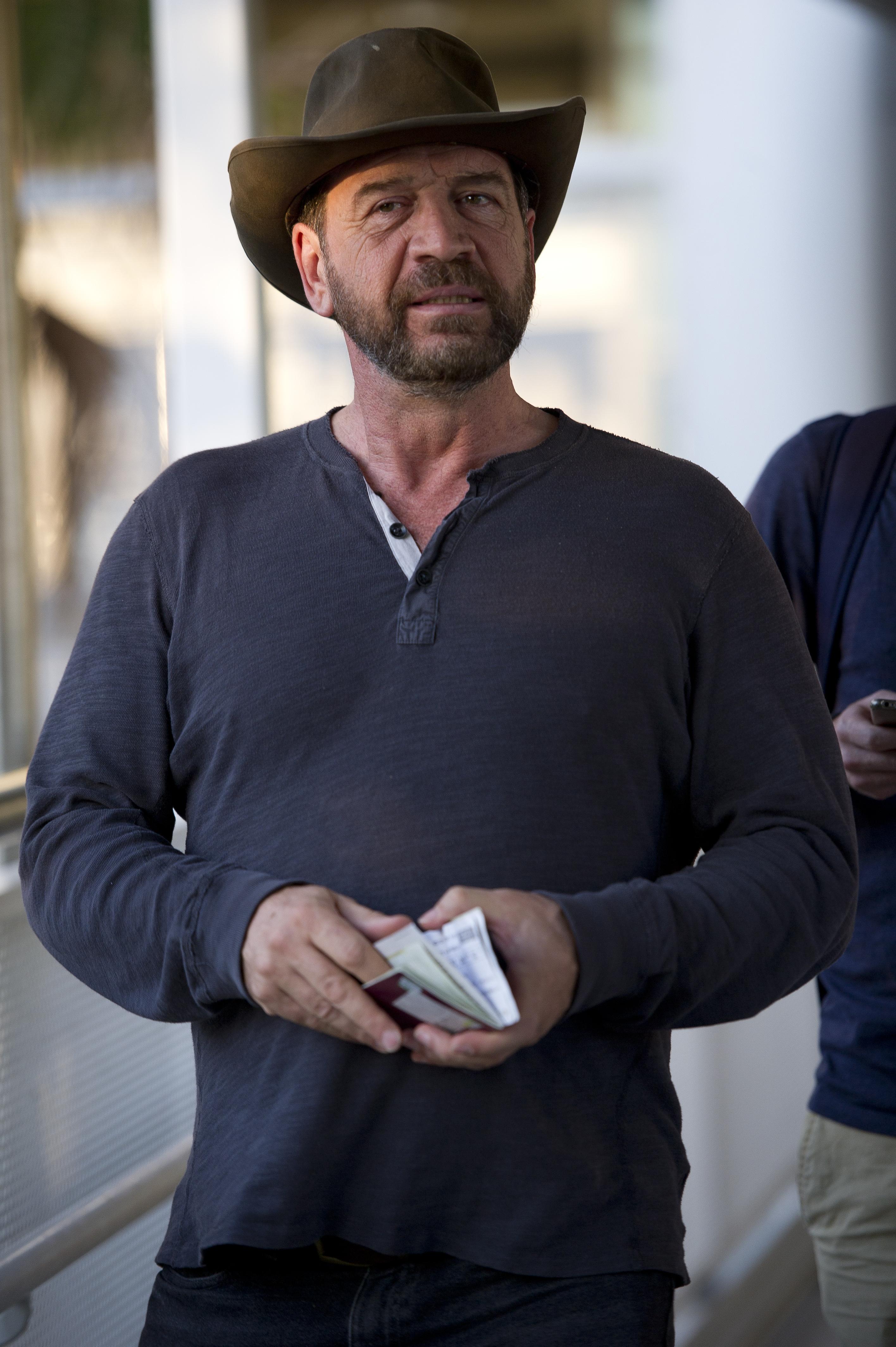 Speaking to The Sun, he said: "The flight was long but you know that 'cos you are here. I am looking forward to going to Perth to look at the wildlife and I am hoping to swim with whale sharks.

"I'm A Celebrity, is that on at the moment? Oh there must be a whole load of people coming through the airport at the moment.”

The 56-year-old pushed his luggage through arrivals and looked relaxed having his picture taken.

He wore a long-sleeved navy top and dark trousers and smiled through his stubble. 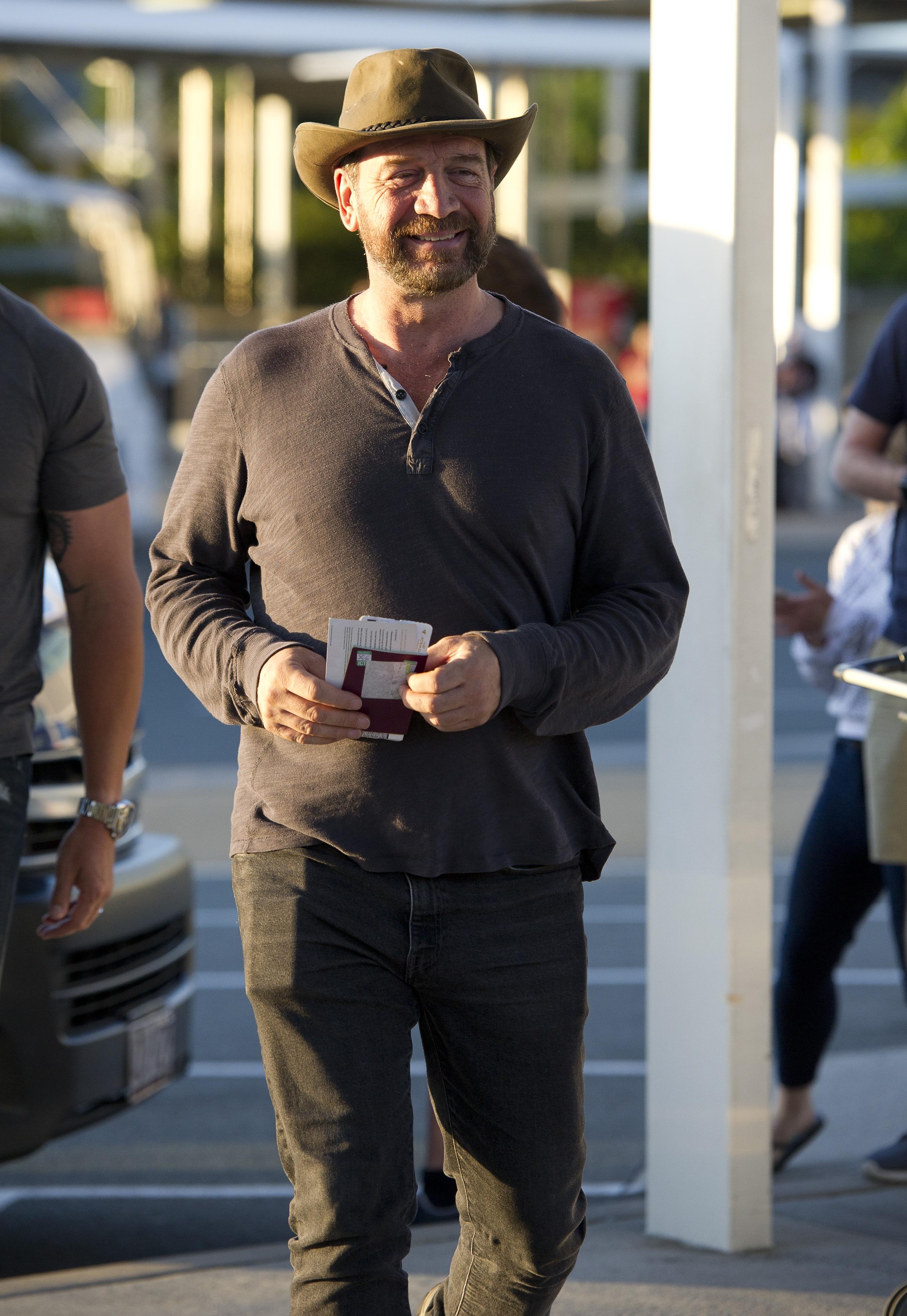 The Sun revealed how show bosses hope that twice-married dad-of-four Nick will offer great anecdotes about Prince William, 36, and Harry, 34, having grown close to them through their work on charity specials of BBC series DIY SOS.

Welcome to The Jungle ??

Then you'll love our free-to-play game: The Jungle

Click here to be one of the first to play

“They think he’ll be a great campmate and will be full of stories about his famous pals, including the princes.

“It’ll earn him a tidy sum for his time in Australia.

"Producers have been given slightly more to play with this year than normal. 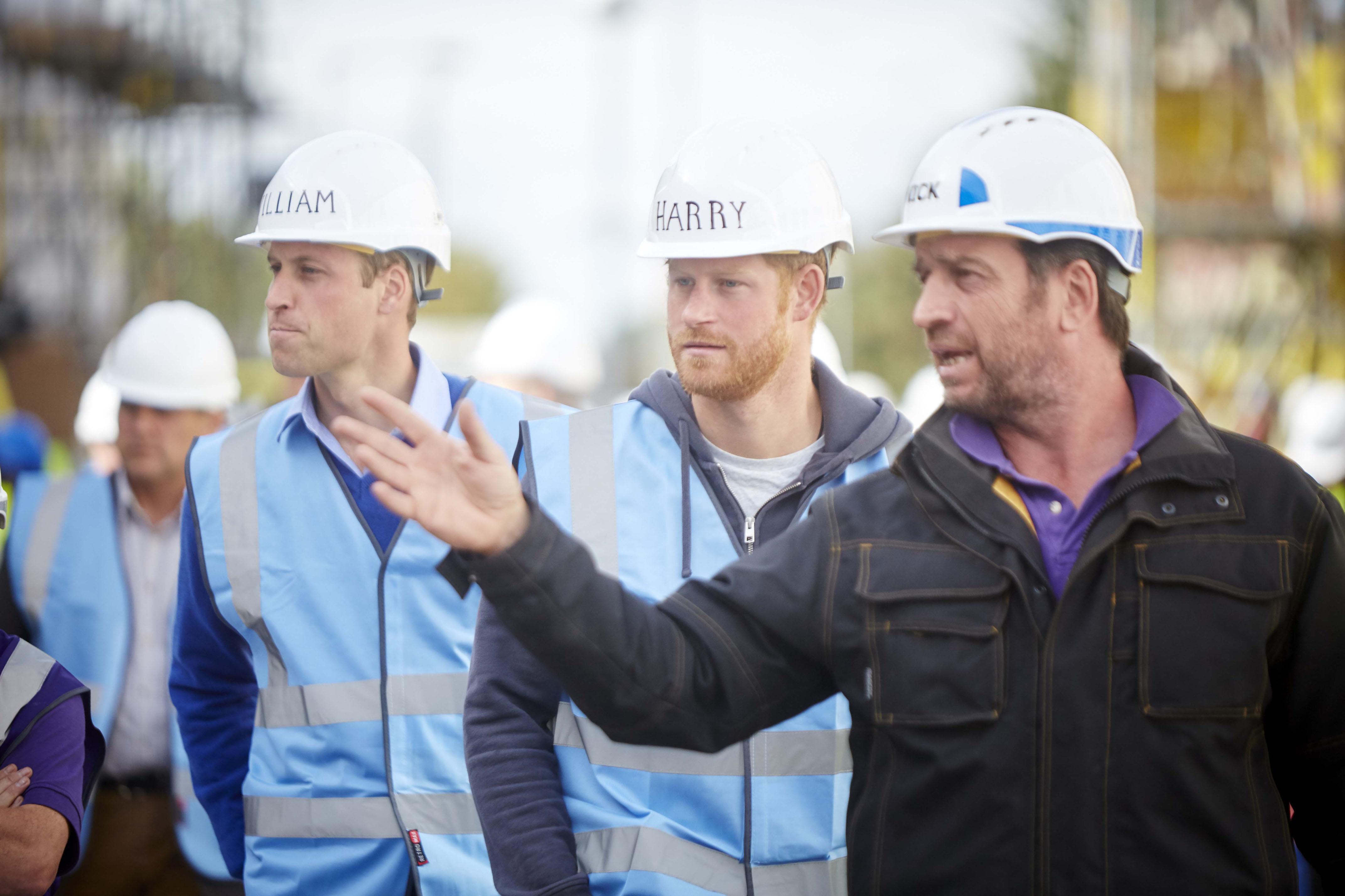 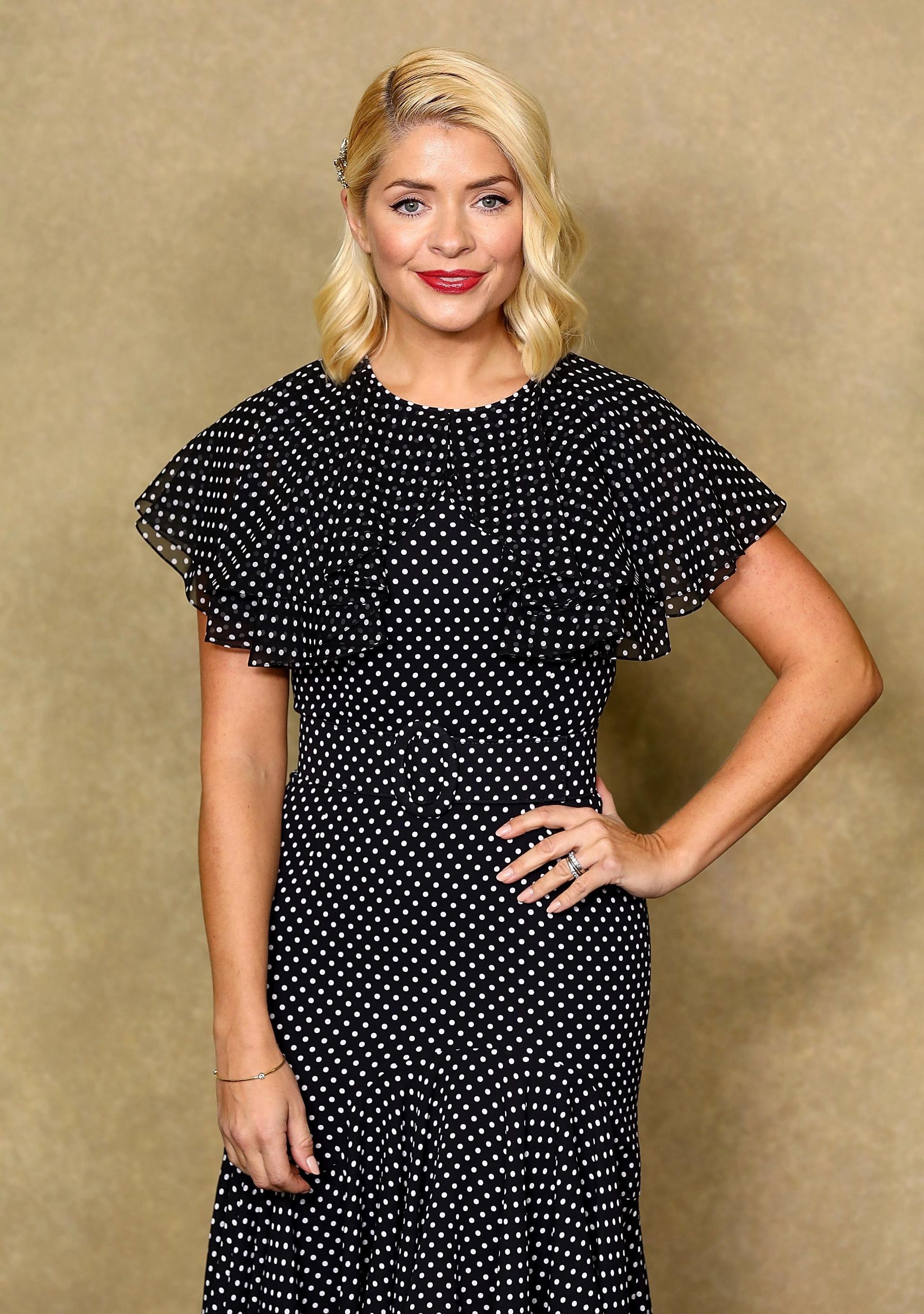 "And this is a signing of intent to show other shows, such as Strictly, that even without Ant the show will still be strong.”

The Sun revealed in August how Ant’s close pal Holly would be fronting the show with his best mate Declan Donnelly, also 42, while he takes a self-imposed year off work.

Ant, who is going through a divorce from wife Lisa Armstrong, 41, has also agreed to postpone next year’s Saturday Night Takeaway until 2020.

The hugely popular TV star has been undergoing rehab treatment since March after a relapse into alcohol addiction which saw him convicted of drink-driving.

An ITV spokesman refused to confirm the show’s line-up.

Chris Martin Sings About Leonardo DiCaprio's Love of Cargo Shorts – in Front of the Actor!