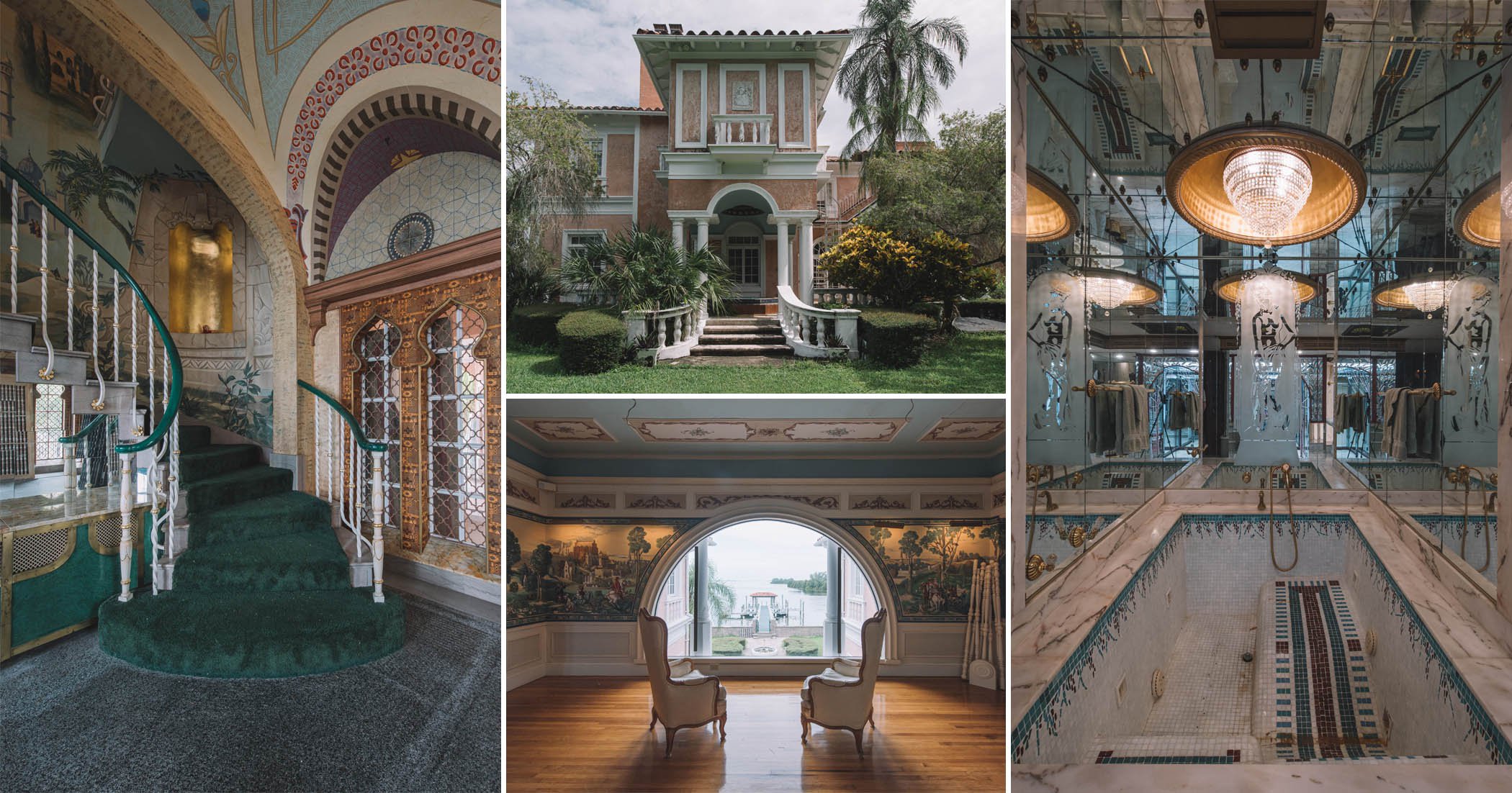 A photographer has revealed photos of the inside of an opulent mansion, previously owned by cereal tycoon W.K Kellogg, which is set to be demolished.

David Bulit, 32, from Alabama, US, was able to visit the stunning building that features soundproof rooms, secret passageways, stained-glass windows, and mosaic tile work throughout.

The home, located in Florida, US, also has a leopard print lift, curved Spanish-inspired staircases, and a jacuzzi in the garden.

After learning of the mansion’s existence last year, David never thought he’d get a chance to actually look inside.

However, a friend who visited the house put him in touch with the current owner and the people currently trying to salvage what they can from it.

Now he’s had a chance to look around before the building is torn down, David says his favourite part of the mansion is the artwork.

He said: ‘They were painted by Don Ringelspaugh – a local artist who also did the tile work on the house.

‘Although some of it is quite tacky, such as the Egyptian paintings with the plastic gemstones alongside them, some of the artwork is appealing, like the fountain mosaic in the driveway or the peacock in the sitting room.’

Also among the home’s more interesting features is a stairway to nowhere, a bed rumoured to be carved from Thomas Jefferson’s Monticello estate, a disco designed by Peter Max, and hand-painted murals of iconic structures such as the Taj Mahal.

The home once belonged to the founder of the Kellogg’s cereal company, Will Keith Kellogg, who founded the Battle Creek Toasted Corn Flake Company in 1906.

Eventually, that would become the Kellogg Company, which is going strong to this day.

According to the Tampa Bay Times, the current owners are lawyer Christa Carpenter and her husband David Wenk, a doctor.

Christa has said she wants to donate as much as she can to a museum and understands why locals are unhappy with the fate of the building.

‘If it was going to be saved,’ she said, ‘that needed to start 50 years ago,’ Christa said.

‘It’s got asbestos, structural issues. It would take a million, two million. It’s an unfortunate situation.’