The 36-year-old donned the vibrant two-piece as she splashed around in the water with her three-year-old daughter Sofia and son Finley, one. 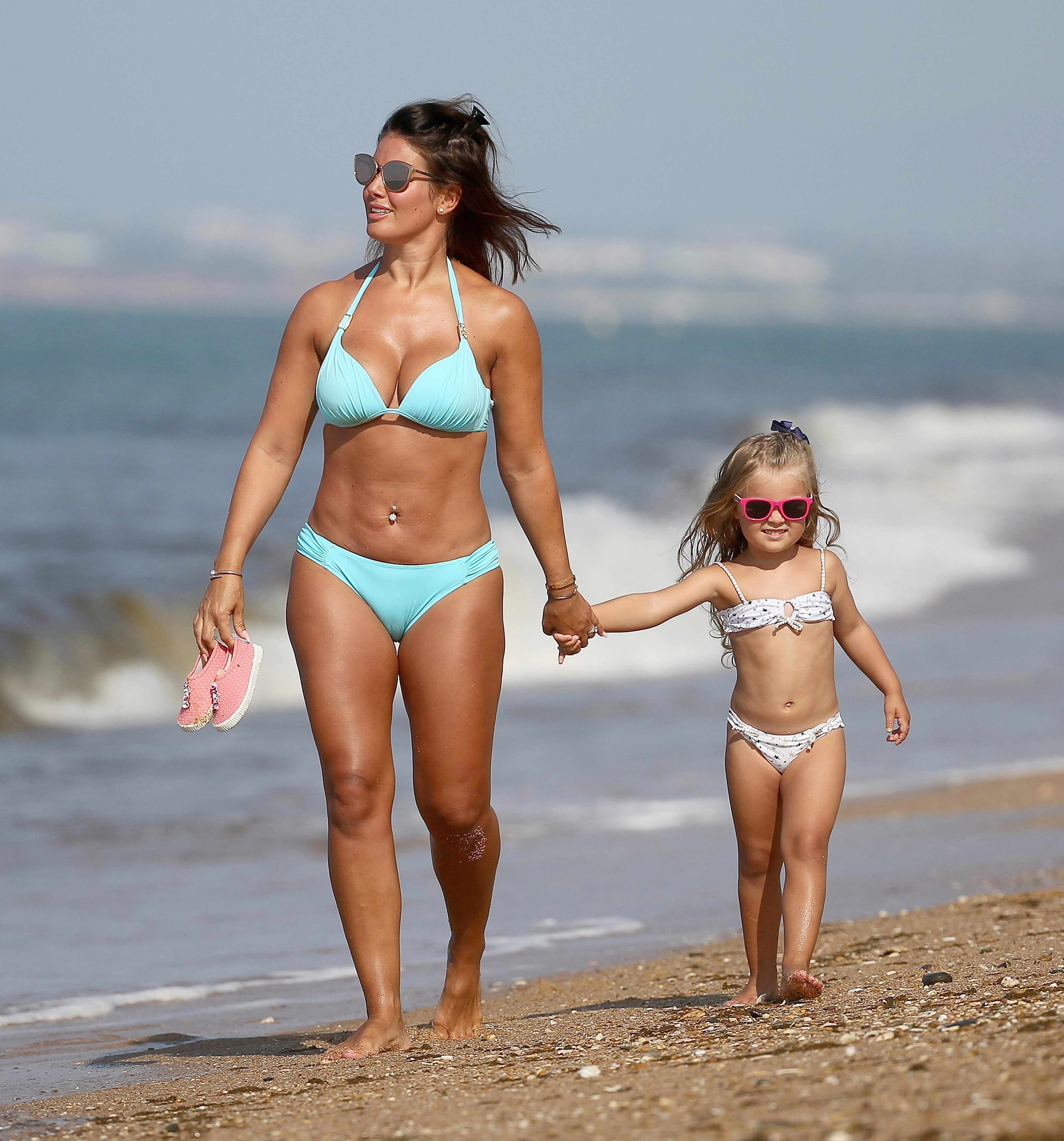 The mother-of-four displayed her abs and toned legs in the colourful swimwear.

She accessorised her look with a pair of cat-eye shades and worked her brown hair into a half up, half down style.

Rebekah, who has two children Megan, 12, and Taylor, six, from a previous relationship, later covered up her toned frame in a matching sheer kimono with tassel detailing.

It was revealed last week that Rebekah and her footie ace husband Jamie will follow in the footsteps of some of the world's most iconic figures by speaking at the Oxford Union. 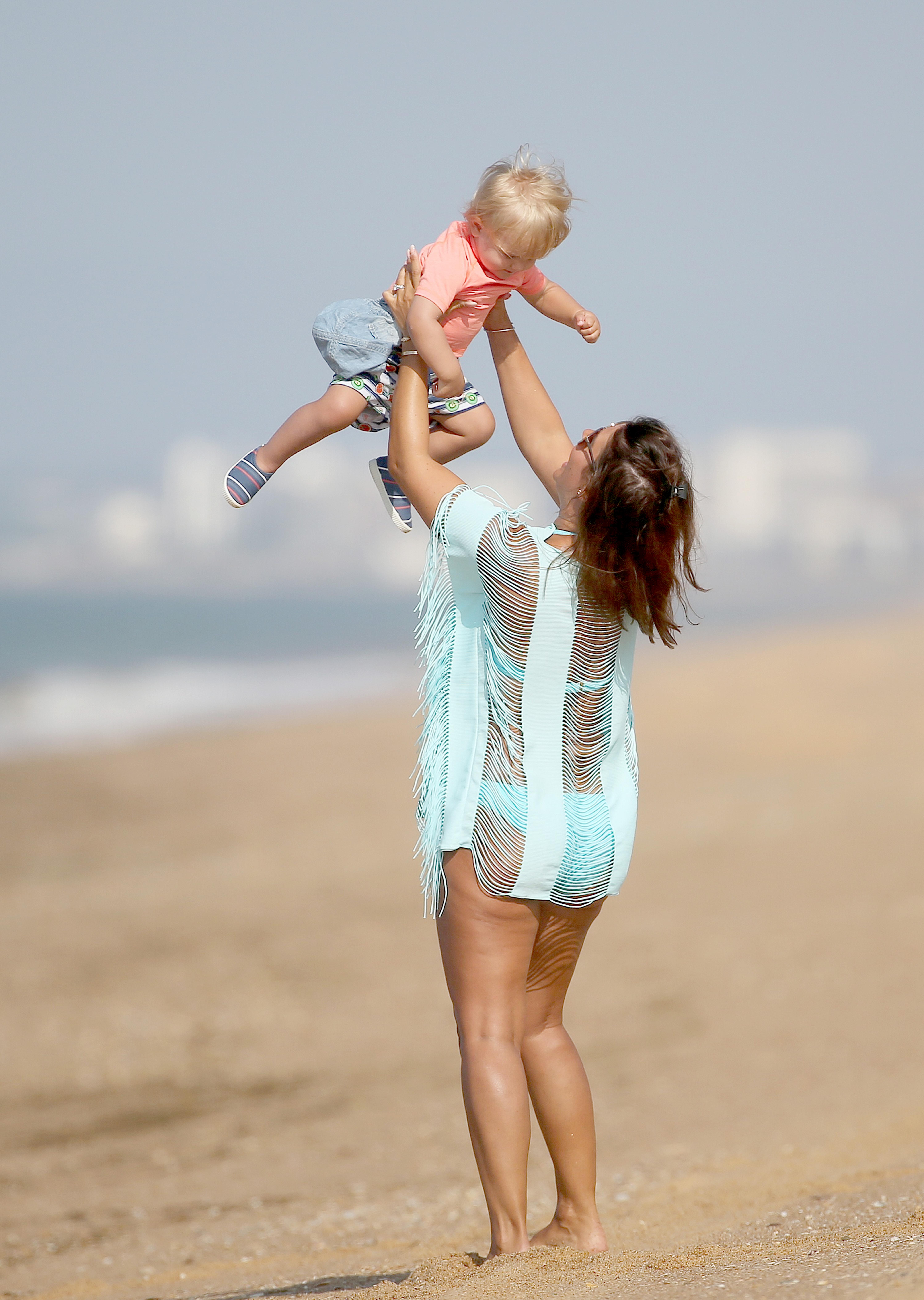 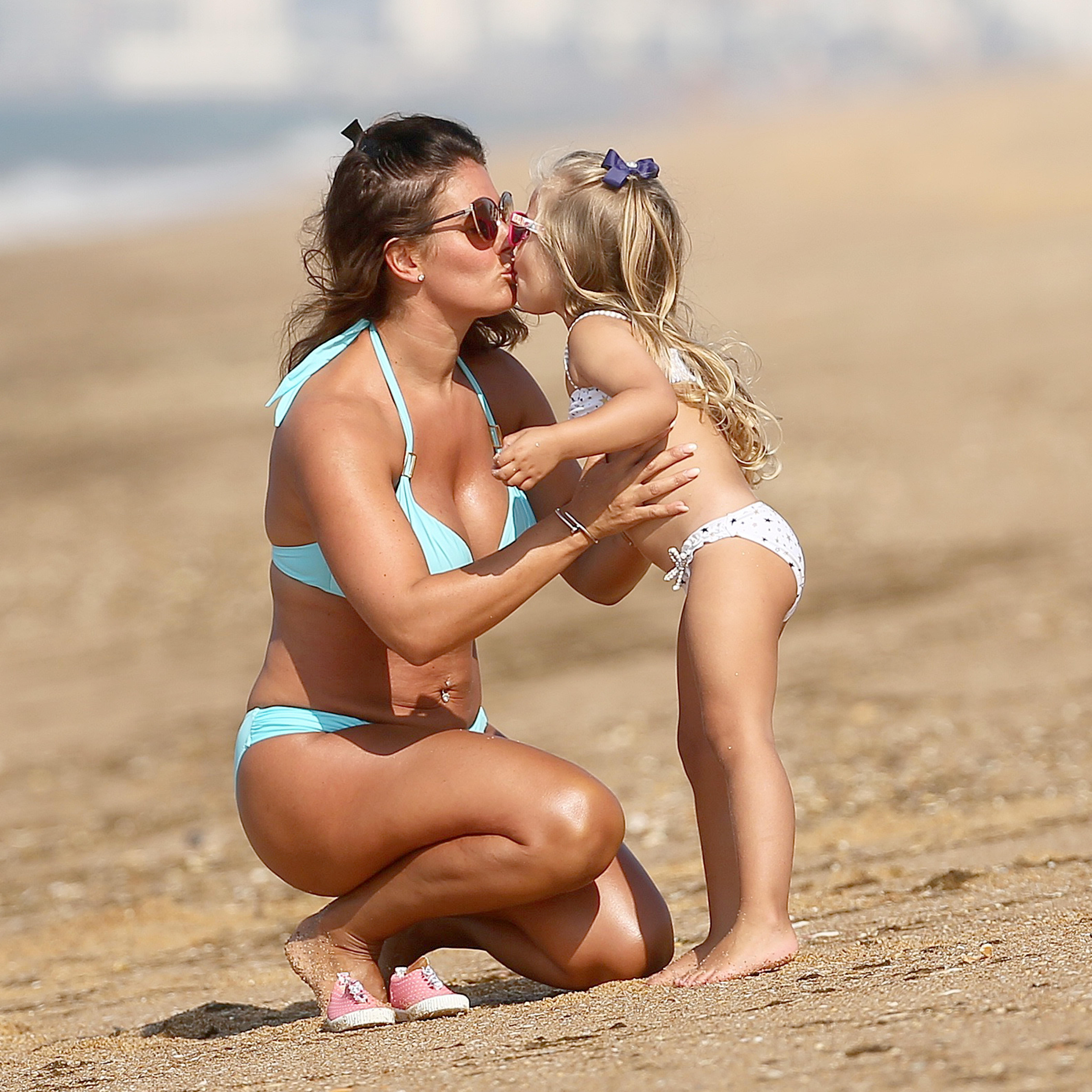 Leicester striker Vardy and his wife have been booked to speak to students at the prestigious event next month.

The pair will appear on November 14 where they are expected to lift the lid on their dramatic rags to riches life.

And in doing so they will be following historical titans such as Sir Winston Chruchill and the Dalai Lama by taking to the speaking box. 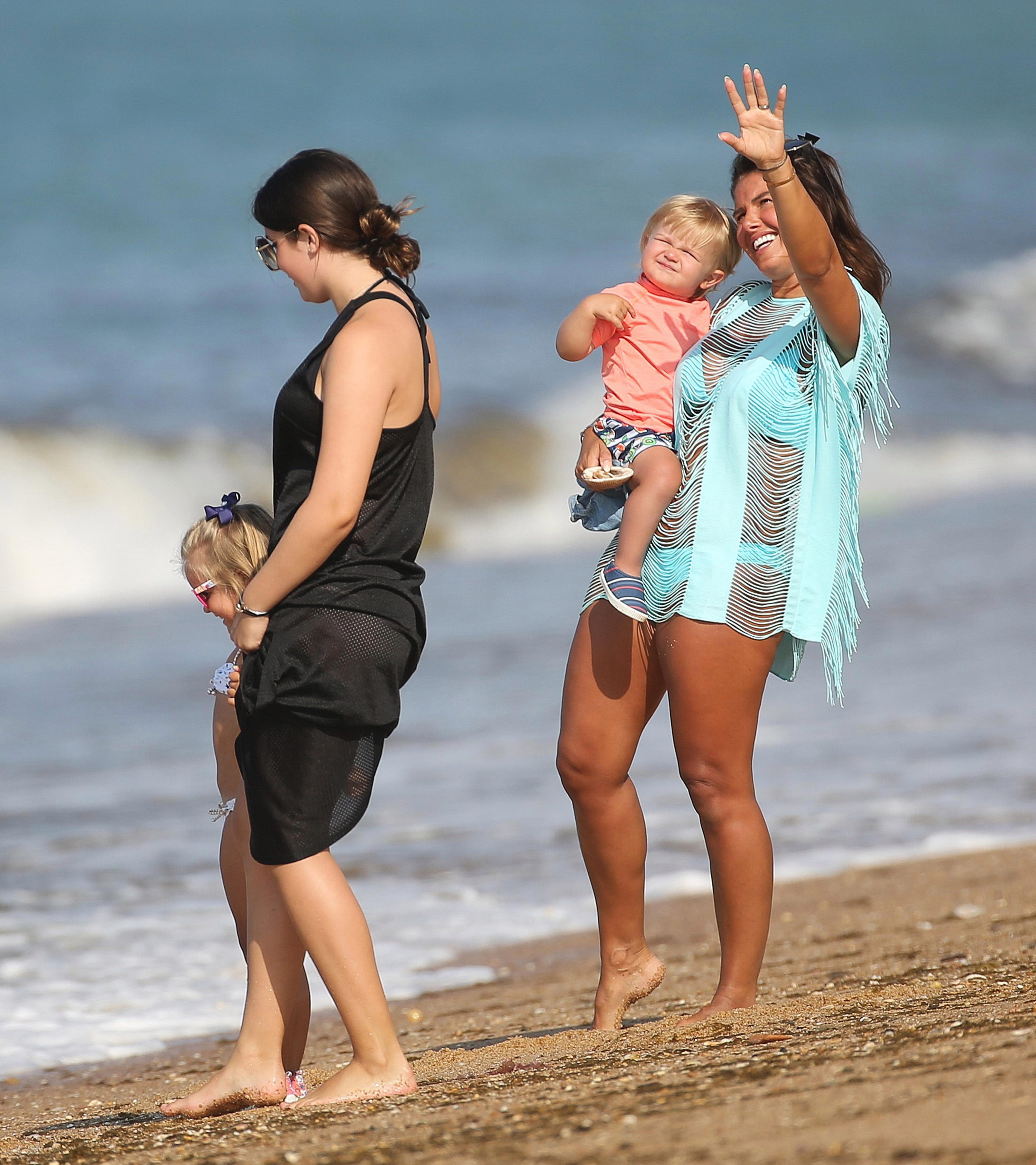 The great and the good have been invited to address those studying at the elite university in the past, including four US Presidents.

There have also been a number of footballers who have spoken over the years, including Diego Maradona, Sir Geoff Hurst, Paul Gascoigne and more recently Hector Bellerin.

And now the Vardys will join the list of those being invited to speak at a special evening next month.