Home » TV & Movies » 'RHOBH': Andy Cohen Once Grilled Erika Jayne About Her Spending Habits and the Clip Has Not Aged Well

The Real Housewives of Beverly Hills star Erika Jayne is facing legal trouble, and she’s not the only Housewife to be embroiled in courtroom drama. The latest legal trouble for Jayne, though, comes on the heels of a season that closely followed her husband’s legal issues. 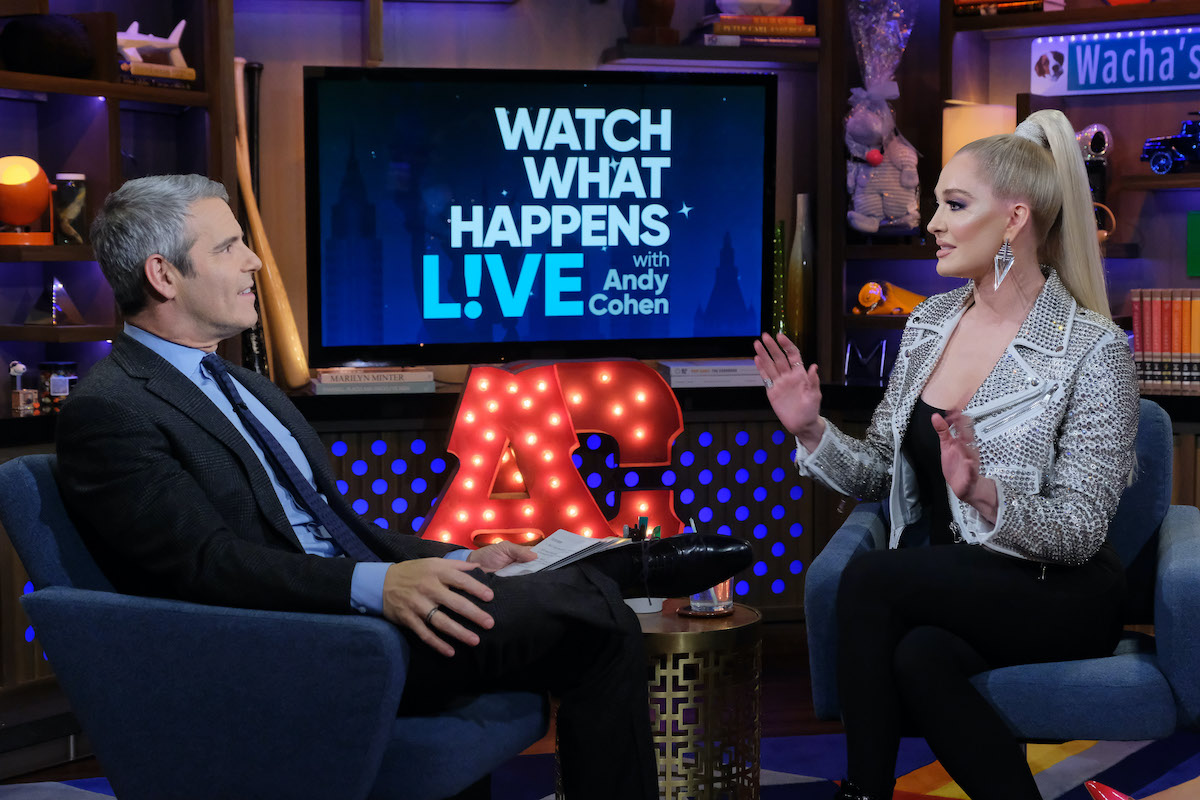 It’s also shortly after a clip of an interview that really hasn’t aged well for her. Fans know Jayne’s spending habits well, but now those habits are being seen in a new light as information about the latest legal issues starts to become known.

Erika Jayne is in hot water

It all started with Jayne’s husband. Tom Girardi was sued in 2020 for allegedly embezzling money from his law firm. This was money that was a settlement fund for Lion Air Flight 610 victims’ families. The Girardi and Kleese law firm never paid the victims’ families after the settlement was made.

Lion Air Flight 610 crashed in Indonesia and left no survivors. Girardi and Kleese handled the resulting legal case. The case is ongoing, and recently Jayne was implicated and sued for $25 million. The plaintiff alleges that the law firm paid out expenses in that amount that were approved by Jayne herself.

Jayne also filed for divorce from her husband, which she said was because of infidelity. Jayne has downsized her lifestyle since, but not drastically. She reportedly went from driving a Lamborghini to a Range Rover. She’s still spending exorbitant amounts of money. Jayne has bragged about spending over $40,000 a month on her glam team.

On a clip of Erika Jayne and Andy Cohen on Watch What Happens Live, Jayne answered questions about her lifestyle.

She said that she has Botox and fillers done regularly. “Look at this face,” she says in the clip. She denies having a live-in housekeeper, but she does have one come seven days a week. She goes to a personal trainer at least four times a week.

During the interview, Jayne says she’s wearing more than $1000 worth of clothing, and she has a full team of hair and make-up artists for every day she works, which she says is six or seven days a week.

She did say that she only sometimes travels in a private jet, and has one personal assistant. Jayne did say that she has no personal chef but added that she eats out often. In light of her legal troubles, this interview about her spending habits doesn’t look good.

Unaired footage of her spending is being subpoenaed, so we can only assume that interviews like the one with Cohen are also fair game.

Jayne isn’t the only Housewife in trouble

Erika Jayne isn’t the only Housewife facing legal trouble, though. Jen Shah, of Real Housewives of Salt Lake City, was arrested in March 2021. The charges were money laundering and conspiracy to commit fraud.

12 minutes into season two, Shah was arrested. She, along with two other people, faces charges that carry a 30-year maximum sentence.

Shah allegedly helped to build a telemarketing scheme that targeted people over the age of 55, says Women’s Health. In short, Shah helped build lists of leads — potential victims — for telemarketers, then received a kickback from any money made. Shah has since pleaded not guilty. Her trial will be held in October 2021.

Stepdad ‘sold his daughter, 12, to 70 truck drivers for sex at motorway service stations for a pack of cigarettes’

'RHOA' Fight of the Night: Porsha Finally Confronts 'Messy' Kandi for Gossiping About Her Man