Evgeny Afineevsky released his Oscar-nominated Netflix documentary Winter on Fire: Ukraine’s Fight for Freedom in 2015, documenting the Euromaidan protests the previous year in the city of Kyiv that led to the collapse of the Russia-aligned Azarov government and the removal and exile of Putin ally Viktor Yanukovych as Ukraine’s president. Afineevsky returns to Venice this year with Freedom on Fire: Ukraine’s Fight for Freedom, a follow-up that details the real stories of the people of Ukraine as they continue their fight against Russia’s invasion of their country.

Ahead of the film’s premiere Wednesday, Afineevsky sat with Deadline to explain his urgency to continue to document Ukraine’s struggle, noting that media coverage of the ongoing conflict has died down since the initial invasion in the early part of 2022. “If we continue to neglect what’s going on, we risk this becoming World War Three,” Afineevsky cautions. “[Russia is] openly threatening Europe. They’re openly threatening politics. I’m fluent in Russian, so I can see the narrative that Putin puts out. They’re openly talking about Putin’s ambition to take different European lands under the Russian empire. Ukraine is not the final stop, and we must not betray Ukraine by allowing this to happen to them.” 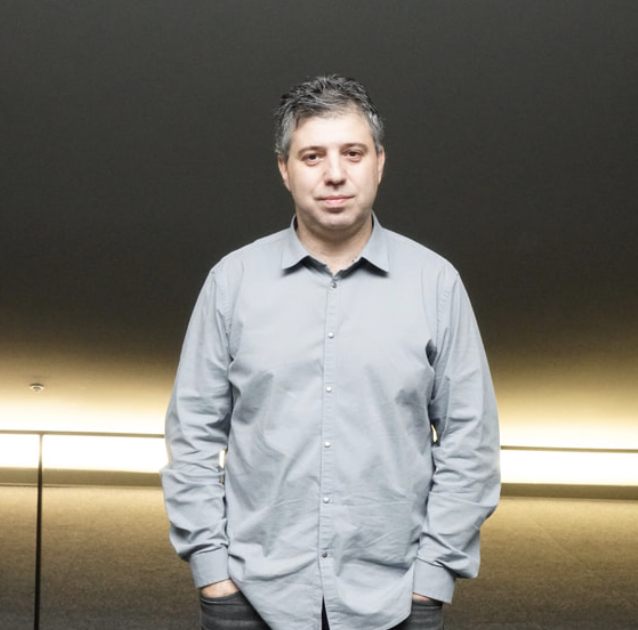 Afineevsky is familiar with the playbook, he says, because he saw it first in the coverage of the Syrian crisis, which he documented in his 2017 film Cries from Syria. “For a while, Syria was on top of the news, but then it disappeared,” he notes. “Once a year, the media might return to talking about chemical attacks, but it would always only be once a year when these attacks were happening every month. The conflict stops being sellable.”

And as a conflict falls from the news agenda, so too does it fall down the priority list pressuring heads of state to intervene. “Putin is like a baby who is demanding his toys,” Afineevsky says. “It’s up to the leaders of other countries to say, no, you can’t have them. If the no isn’t clear – if the parent allows the child to have the toy once or twice – the child will understand that everything is negotiable. That’s what’s happening now, as some countries are starting to lift sanctions. We must stick with our stance on Ukraine, or we are allowing Putin to win his game.”

He cautions that any other response also risks emboldening other regimes. “China is absorbing [what’s happening in Ukraine]. Others are observing this and watching to see whether Putin will get slapped. If they see that the world is neglecting this conflict, they will feel they can do whatever they want. This is a case study for other dictators.”

Afineefsky feels part of the problem is that world leaders aren’t seeing the bigger picture of the devastation being rained on Ukraine as they arrive in Kyiv for carefully managed press tours of crumbling buildings. Freedom on Fire shines a light on the real stories of refugees displaced by Russia’s campaign, the soldiers fighting to free their homeland, and the local media risking their lives to counter Russian propaganda. Ukrainian President Volodymyr Zelenskyy is glimpsed only briefly in the film, and even then, he is not shown receiving international visitors, but rather recording a video message directly to his people.

“I wasn’t trying to bring people into the presidential headquarters,” Afineesky says. “I’m trying to express the voices of innocent people. Soldiers, doctors, mothers, children, journalists, priests, and people under siege. I want leaders to witness this with their own eyes. You can visit a broken building, but if you have no connection to the people that lived inside it, why would you care?”

He has yet to show the film, which he finished only days ago, to Zelenskyy, who he first met in 2016. But he is impressed by how the President is communicating with the people displaced by Russia’s invasion of his country, and it was this aspect he wanted to capture in the film. “I show him as a human being, as the person speaking directly to his people. I didn’t want to show him as the President, but as an ordinary citizen talking as a human being, which he is. He’s a father, a husband, and at the same time, he is also a leader and role model for his people.”

The roots of Freedom on Fire began in the days immediately following Euromaidan. Afineevsky documented the annexation of Crimea, the battle of Donetsk airport, and the shooting down of Malaysia Airlines Flight 17, intending to use the footage in Winter on Fire. Instead, he set it aside, unsure of what to do with it, until this year’s invasion encouraged him to continue to tell Ukraine’s story. It became the backdrop to detail a long buildup to the war that culminated in an invasion that has created the largest refugee crisis since the Second World War, with an estimated 7 million displaced people.

And as he returned to speak to the people of Ukraine, he found their resolve burned just as bright as it did when he documented the Euromaidan protests in Winter on Fire. It encourages him to believe Ukraine will prevail against Russian aggression. “I believe they will win, but this is a long-term battle. Winter on Fire ends with a full stop. Here [with Freedom on Fire] you don’t have it. Maidan was a great example of people united. If we can unite, we can stop this madness.”

“Deeply” Regrets Comedy Video That Led To Child Sex Abuse Suit: “It Wasn’t Funny At All”