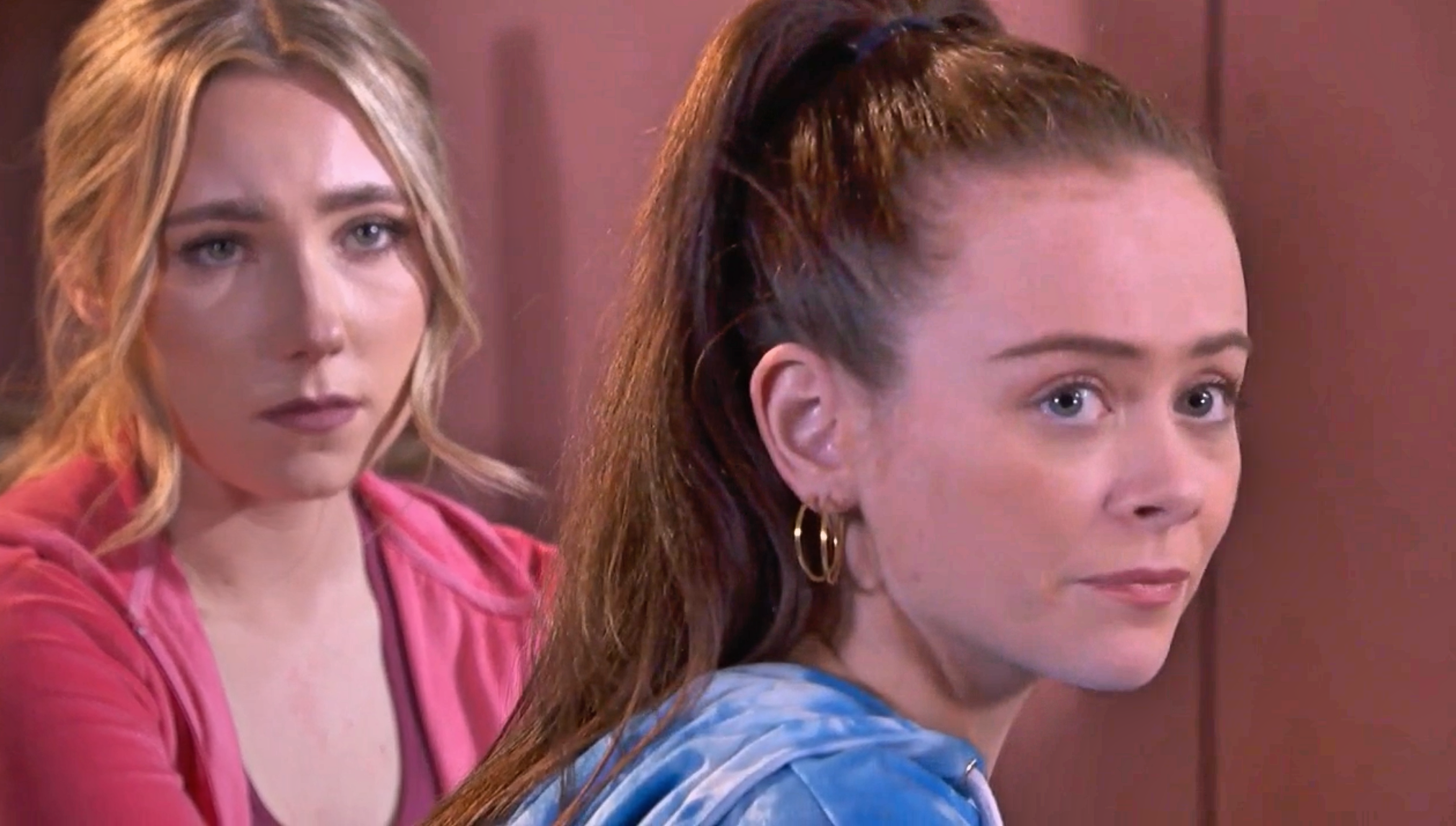 Juliet Nightingale (Niamh Blackshaw) found herself locked in a room with Peri Lomax (Ruby O’Donnell) in Hollyoaks, after mum Donna-Marie Quinn (Lucy-Jo Hudson) decided to do a spot of match-making.

Peri, as viewers know, was left heartbroken earlier this year after longtime love Juliet finished things with her, claiming to have falling out of love with her.

It was subsequently revealed that Juliet had thrown her dream relationship away in favour of an affair with Nadira Valli (Ashling O’Shea), who called off her wedding to Shaq Qureshi (Omar Malik) in order to be with her.

It’s been a tough few weeks for Nadira, as she struggles to be comfortable with openly expressing her sexuality, but she’s determined to give her burgeoning relationship with Juliet a go.

Juliet, meanwhile, said she wants that too, but it appears that she’s not quite as over as Peri as she once believed, as the former lovers have shared a number of interesting moments together as of late, which only further reinforces the notion that there are some strong feelings still there.

Donna-Marie thinks so to, and Wednesday’s (September 21) second offering of the Channel 4 soap saw her pretty much embody the Hollyoaks fanbase, as she set about getting the pair back together.

The gym owner summoned daughter Juliet to the gym, where she locked her in the changing room with Peri!

Juliet was defensive at first, comparing the scenes to that of a ‘horror movie’, but she and Peri soon discussed matters, with Peri admitting that – upon learning of Victor Brothers’ (Benjamin O’Mahoney) escape – she was worried sick about Jules.

Juliet was taken aback by Peri’s words, and subsequently made an admission of her own, telling her that – during her harrowing ordeal – the first person she thought of was Peri.

Lingering looks were had and chemistry was aplenty, but Nadira burst into the room before anything could transpire.

Juliet berated Donna-Marie for what she did, claiming that she’s happy with Nadira, but the events of this outing of the serial drama seem to suggest otherwise!

Are we on the cusp of a slow-burn reunion narrative for the star-crossed Peri and Juliet? We can certainly hope so, huns.

Hollyoaks continues Friday September 23 at 7pm on E4 or stream the next episode on All4 from Friday midnight.