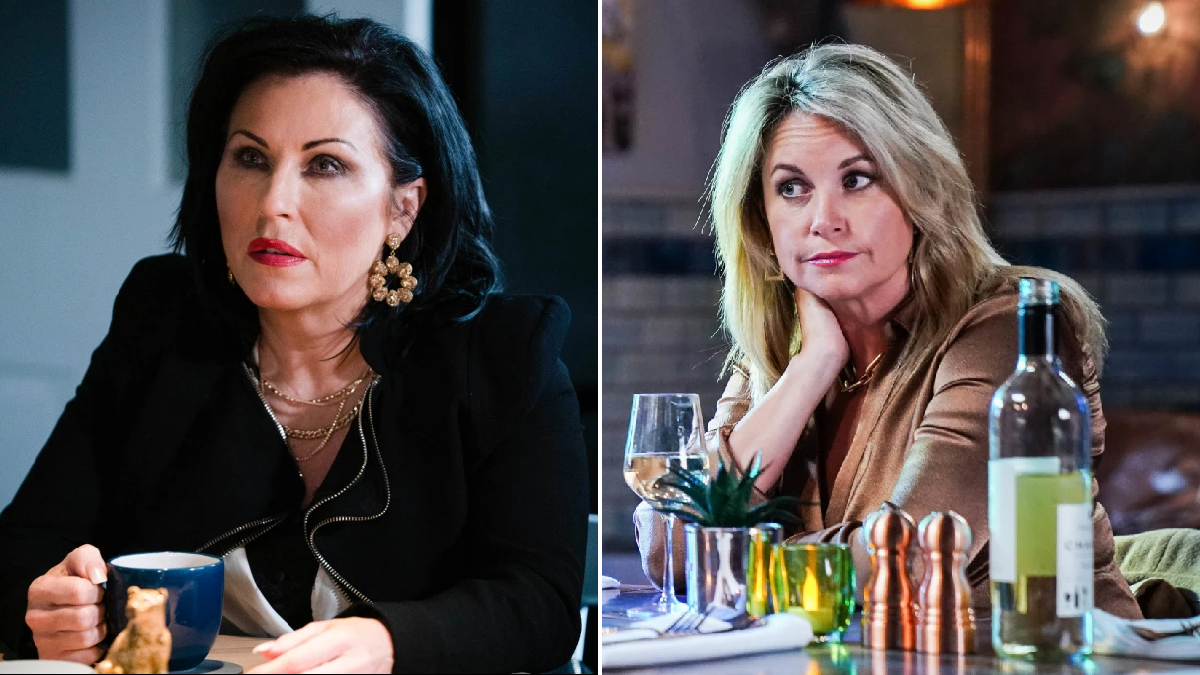 A massive soap catfight is one of the guilty pleasures of the genre, and there’s a classic example coming up on EastEnders soon between Kat Slater (Jessie Wallace) and Sam Mitchell (Kim Medcalf).

When Shirley (Linda Henry) tries to step up her blackmail of Sam, Sam tries to call her bluff. She doesn’t believe that Shirley will really go to Phil (Steve McFadden) and tell him everything she knows about how Sam has been double-crossing him for months and is in cahoots with Phil’s enemy Jonah (Mark Mooney).

But Shirley doesn’t make empty threats, and she tells Phil exactly what his sister has been up to.

Knowing that the game’s up, Sam goes to Kat to try to explain her side of the story, but as they talk it quickly dawns on Kat that all of the anguish she went through while Phil was in prison, when threats were made against her family and she feared for her children’s safety could be laid at Sam’s door.

And Kat is furious. She launches a verbal attack on Sam, with the latter giving as good as she gets in return and things almost come to blows until Phil intervenes and kicks Sam out of the house.

I Came By review: clever but slightly muddled thriller

Marilyn Manson’s sick, abusive world was always there for all to see