Home » TV & Movies » Spoilers: Rocky opens up about a heartbreaking past to Kathy in EastEnders 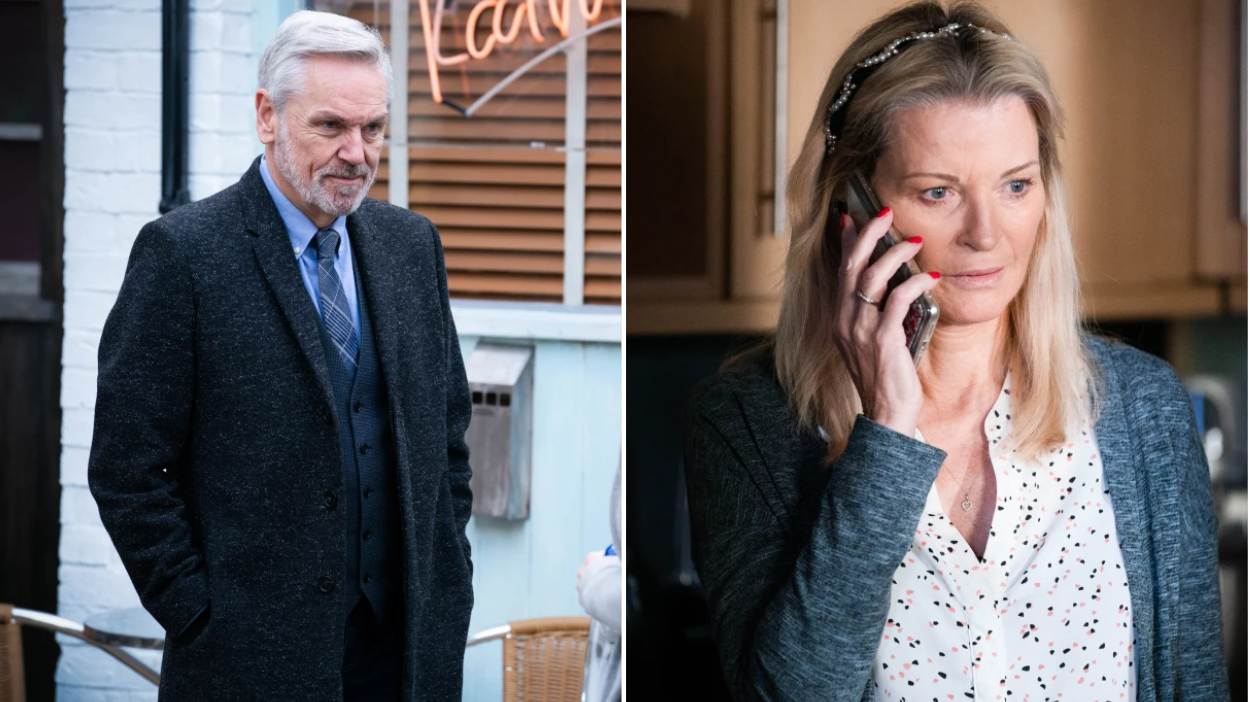 Rocky (Brian Conley) has kept a lot of secrets during his time in EastEnders, but he is soon to reveal a big one to Kathy Beale (Gillian Taylforth).

He is pushed into revealing his past when Dotty Cotton (Milly Zero) makes a comment that suggests he is hiding something. With Kathy having heard their conversation, Rocky feels the need to open up about his past.

He tells her that there was once a woman he was engaged to, but ended up walking out on.

With Kathy now being given an insight into an area of his past that he had kept hidden, will it change the way she feels about him?

Unbeknown to him, Dotty has overheard the conversation, and considers finally breaking the news that he is her father.

Dotty found out about her parentage on Christmas day 2021, when her mother broke the news that it was Rocky that was her dad, not Nick, as she had previously believed.

Since then, she has kept the knowledge from Rocky. Could the mystery woman he was once engaged to be Sandy (Martha Cope)?

As more and more secrets are revealed for Rocky, will he stick around for the fallout?

The Qualities Sandra Bullock Looks For in a Romantic Partner

Meet the Aussies whose lives were destroyed after big Lotto wins