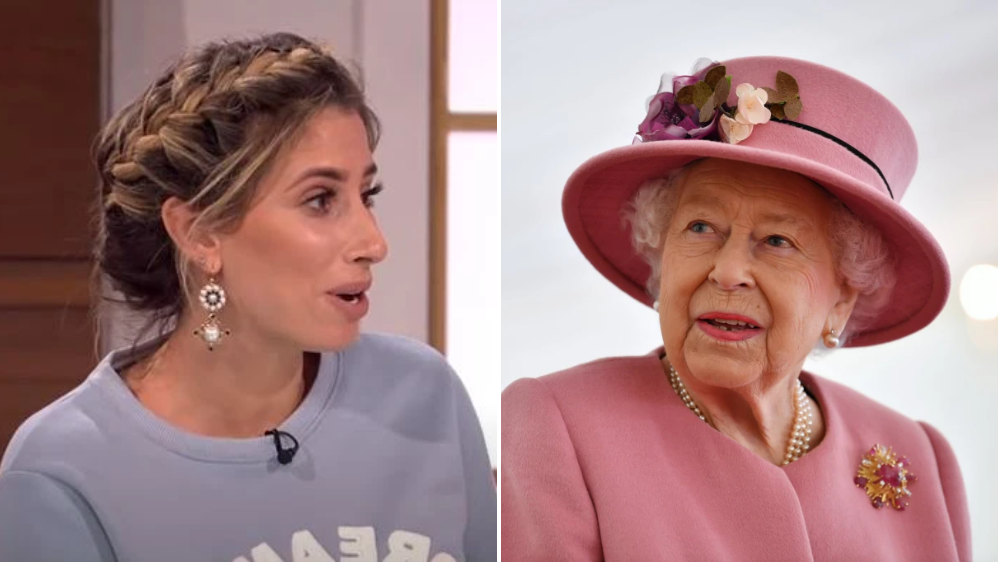 Stacey Solomon has been defended by fans over comments she made about the royal family long before the death of Queen Elizabeth II.

Her Majesty died aged 96 surrounded by the royal family at Balmoral on Thursday September 8, with tributes still pouring in and crowds of mourners gathering outside Buckingham Palace.

However, in a 2018 episode of Loose Women, Stacey told the other panellists she ‘didn’t get’ the point of the royal family.

‘I don’t get why we’re so obsessed with these humans that are exactly the same – it could be us four sitting there. I just don’t get it.’

‘To me that’s all they are,’ Stacey retorted.

The BBC returned to its normal coverage on Sunday night airing the new series of Frozen Planet and the penultimate episode of The Capture, while on Saturday night ITV aired The Masked Dancer, The Voice and Who Wants To Be A Millionaire?.