His comments come after Brendan Cole confirmed in January that his contract had not been renewed. He had been a part of Strictly since 2004, but will not be back for the next series.

Talking to the Daily Star, Craig said: “Everyone is replaceable, everyone. They could get someone else to replace me. They wouldn’t be as good though! 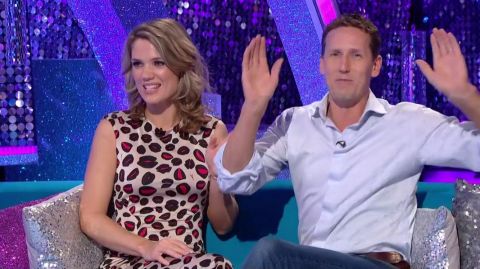 “I usually know around June. So it will be a month and a half before I know if I’m doing the next series.”

Previously, Craig said that “Strictly will be better without Brendan”, adding: “More fool him.”

He continued: “The show’s done him wonders. It’s done us all wonders. It’s been fantastic. I would never complain about it. It’s given us all platforms on which to stand.

Meanwhile, Shirley Ballas has spoken out about her supposed ‘feud’ with Brendan. Last season, the pair had a bit of a row after Brendan and his partner Charlotte Hawkins performed – and he disagreed with Shirley’s feedback.

“I don’t have any ­recollection of bridges ever being broken or rebuilt between me and Brendan,” Ballas told Hello! magazine.

“He is an amazing dancer, an amazing person, whose career I have followed for many, many years. I’m extremely proud of what he’s achieved at work and at home.”

Strictly Come Dancing will return to BBC One in the autumn.

Wealthy and well-educated: The bombers behind the Sri Lanka attacks