Home » TV & Movies » 'Tell Me Lies' Is the Fall Drama You've Been Waiting for, and We Have a First Look at the Trailer

Carola Lovering’s novel Tell Me Lies has captivated thousands of readers since it hit shelves in 2018, and if you’re still not over the twisty plot, we have good news: It’s becoming a Hulu Original series this fall, and we have a first look at the addicting trailer above!

The story centers on a college romance between Lucy Albright (Grace Van Patten) and Stephen DeMarco (Jackson White) in 2007, but their all-consuming love story begins to unravel in unexpected and sometimes terrifying ways. Meaghan Oppenheimer is the show’s executive producer and showrunner, and she kindly gave Cosmo some background on what fans can expect:

“Tell Me Lies is an exploration of toxic relationships and the ways we undermine ourselves when we fall for the wrong people. When Lucy meets Stephen she sees all the red flags, but she ignores them—and it sets her down a path that completely derails her,” she said in a comment via email.

“I think if we’re honest, most of us have had a relationship that damages us, yet for whatever reason we can’t walk away from it. When you’re in a dynamic that’s mentally or emotionally abusive, you begin to accept treatment that you never thought you would accept. To me it’s such a universally relatable subject, but we don’t talk openly about it because it feels shameful. That was what I loved about Carola Lovering’s book, she captured that feeling of isolation in such a visceral way. So I’m hoping the show will open up conversations where people can talk about these things without feeling judged. Because most of us have had a Stephen in our lives at some point.” 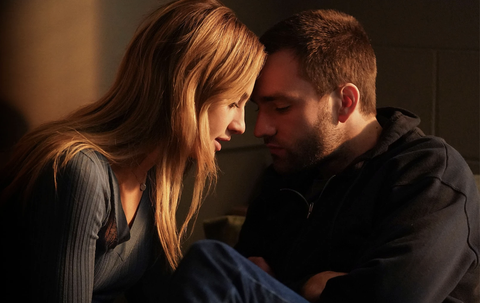 It all sounds intriguing, doesn’t it? If you’re itching to watch Tell Me Lies, the series will premiere on September 7, 2022 on Hulu. Mark your calendar accordingly!

‘I lost my mind, I completely lost my mind’: Perfume Genius is here, and ready to move you

Judging by This Cast, All American Is About to Be Our Favorite CW Show

I’m a fashion fan – I found the BEST Walmart clothes for as little as $3, I couldn’t believe they weren’t from Nordstrom | The Sun