Fans have been eagerly awaiting the return of Hulu’s dystopian drama, The Handmaid’s Tale. After season four ended on a major cliffhanger viewers are certain Serena Joy (played by Yvonne Strahovski) will rise through the ranks and seek major revenge against June Osborne (Elisabeth Moss).

Viewers were left with their jaws dropped during the season four finale of The Handmaid’s Tale.

After years of captivity at the hands of Serena and her husband Fred Waterford (Joesph Fiennes), June got revenge and led an army of ex-handmaids to beat Fred to death.

As the episode drew to a close, his headless body hung on the wall where he punished many women to death.

His finger was then sent in a parcel to Serena, who was being held in custody. 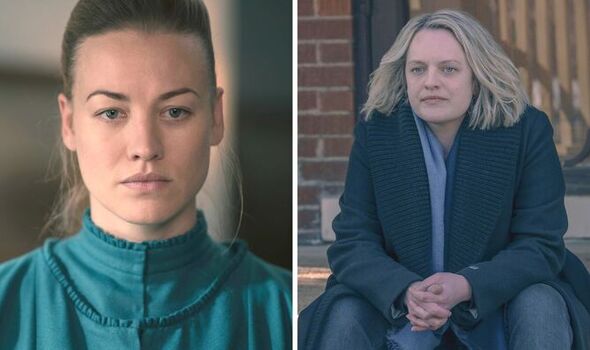 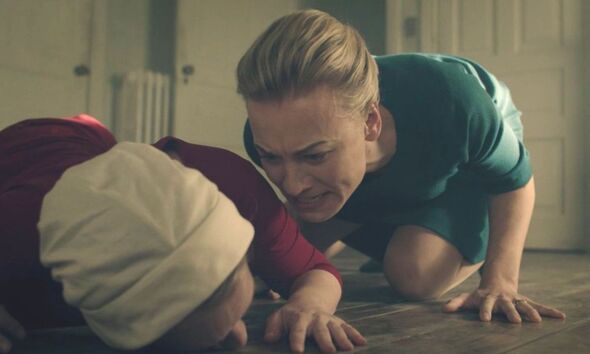 The two had been arrested for their involvement in creating the totalitarian society of Gilead, which subjected hundreds of women to sexual, physical and mental abuse.

This included June who was kidnapped from her family and forced to work as a Handmaid in the Waterford residence.

Throughout a series of flashbacks, viewers got a chance to see the work Serena and Fred did to establish Gilead.

As a right-wing religious cultural activist, she released a book, A Woman’s Place, which detailed her theocratic beliefs. 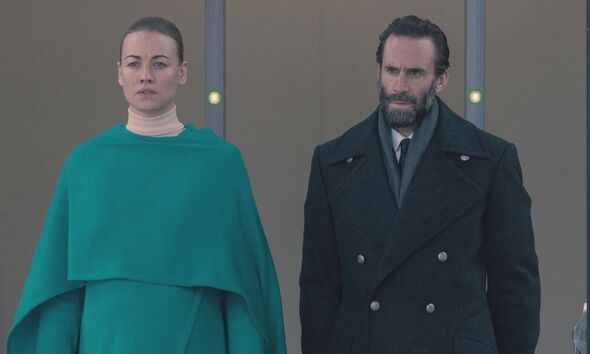 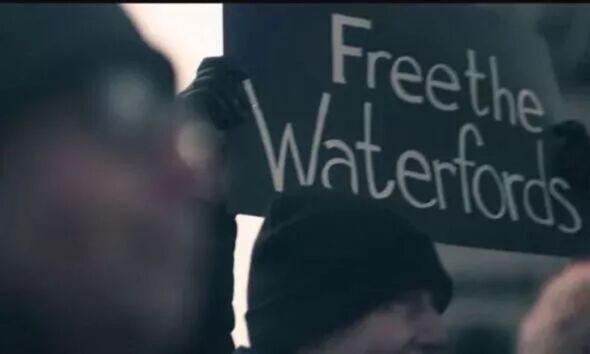 With Fred now dead and Serena awaiting trial, fans believe she will gain freedom and use her power to take down June.

Taking to Reddit with their theory, user bigfoot114 wrote: “Serena takes Fred’s prior advice and does go ahead and write another book.

“She becomes a very prominent and influential figure in Canada among the religious crazies and season four seemed to be leading up to this.

“As revenge against June for killing Fred, she will mobilize the crazies to go after Nicole in an effort to return her to Gilead.

“This is why June and Luke have to put her into hiding,” the Redditor concluded.

Despite their extreme beliefs, Serena and Fred garnered support from Canadians who stood outside the court with signs and cheered for the couple.

As June’s case against the Waterfords became monumental, the release of another book would undoubtedly push Serena and her beliefs further into the limelight.

With the followers she seemingly had in Canada, she could gain even more support, which could endanger the lives of June and her family.

During her time in Gilead, June’s role included being raped to become a surrogate for the Waterfords, as Serena was seemingly infertile.

After the act which was known as Ceremony, she became pregnant and gave birth to Nicole, however, June could not allow her baby to live in Gilead and orchestrated the newborn’s escape to Canada with Ofglen (Emily Malek).

As Nicole was being raised by June’s husband Luke Bankole (O.T Fagbenle), Serena became furious that the baby she was so desperate for was in Canada.

With both Serena and Nicole in the same country, she could turn her supporters against June and motivate them to return the baby to her care.

The Handmaid’s Tale season five premieres on Hulu on Wednesday, September 14. A UK release date is yet to be announced.