Note: This article contains spoilers for The Walking Dead season 9 episode 2 ‘The Bridge’.

Lauren Cohan is all set to depart from The Walking Dead later this season – and episode 2 has just given a huge hint as to how her character Maggie will exit.

During scenes at Hilltop, ‘The Bridge’ once again referenced Georgie, a mysterious survivor who featured during the second half of season 8. Many viewers have theorised that Georgie is part of the Commonwealth, a settlement that features in the comics after the Whisperers arc. 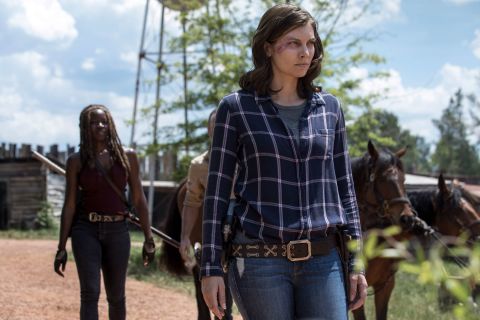 There is merit to the speculation that this will form part of Maggie’s exit storyline, as show boss Angela Kang told The Hollywood Reporter: “That’s a fair suspicion.”

The showrunner added: “I’m not going to say that’s exactly what happens.

“The Alexandrian group thought it was just them before Jesus came along… Then they found out through Georgie the world is even bigger than that group thought. 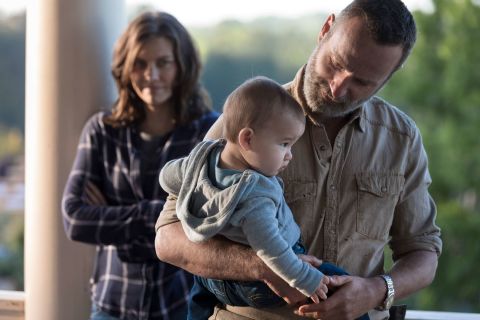 “There will be certain societies that just kind of exist out there, that we don’t constantly check in on. We don’t always tell stories with Oceanside, but they’re very much there. That’s the same deal with Georgie and the twins. She’s off trying to figure out who else is out there.

“That builds very much into the idea of civilisation that all of our characters are grappling with.”

There is also perhaps another clue embedded in the episode.

One scene showed a signpost, pointing to numerous settlements including Alexandria and the Sanctuary. There was one unfamiliar location marked Toledo. 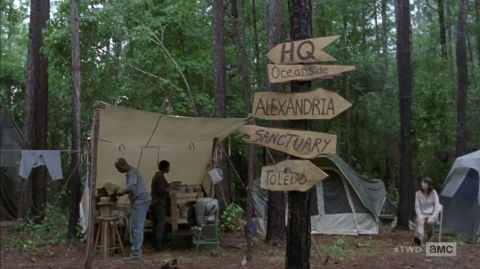 There is a Toledo in Ohio. What else is in Ohio? The Commonwealth in the Walking Dead comics… which is where Georgie is speculated to have come from.

The Walking Dead airs on AMC in the US, and on FOX and NOW TV in the UK.

Cristiano Ronaldo could return to live in Portugal to avoid extradition to the US over rape allegations, claims legal expert

You'll Be Surprised These Celebrities Are Actually Twins!

8 Signs Your Partner Isn’t Your Soulmate, Because Life Is Way Too Short