Scheana Shay from Vanderpump Rules shared that fans are going to see a new side of her this season as she stopped trying to “paint a pretty picture” and got real. This new side will surprise fans because Shay always hid her true emotions, often to her own detriment. But during an exclusive interview with Showbiz Cheat Sheet, Shay said the days of hiding her feelings are over.

How is Scheana Shay different on ‘Vanderpump Rules’ Season 9?

“I think I’m the most relatable I’ve ever been on the show and the most real and vulnerable and just open,” Shay said. “Like normally I like to paint a pretty picture, act like everything’s perfect, we never fight yada, yada, yada. But this season it’s like I mean, we definitely got into it, but it was because [fiancé Brock Davies] just wanted the best for me. And I wasn’t standing up for myself. And yeah, I think I think you’ll definitely see my confidence is up.”

One reason why Shay is different is that she was on a rollercoaster of emotions. She delivered her daughter Summer Moon only days before the cameras started rolling. So she said that her hormones made it difficult to try to hide how she felt. In fact, she said Lala Kent, who also just had a baby was also dealing with postpartum hormones. “100% hormones were coming out of our bodies,” she said. Shay then laughed, turned to Davies, and said, “Your hormones were affected too!” And added, “I blame hormones for everything I’ve been emotional about the last year and a half.”

What is the wild moment Scheana Shay has this season?

And while Shay was more confident this season, she dished that she also was a little more open to having a few more drinks than normal. “I’ve never really been a big drinker like on the show,” Shay said. “I mean, less than a handful of times, I think I’ve actually been drunk. So that wasn’t hard for me [not to drink]. I mean, last season I was sober for most of the season because I was freezing my eggs.” 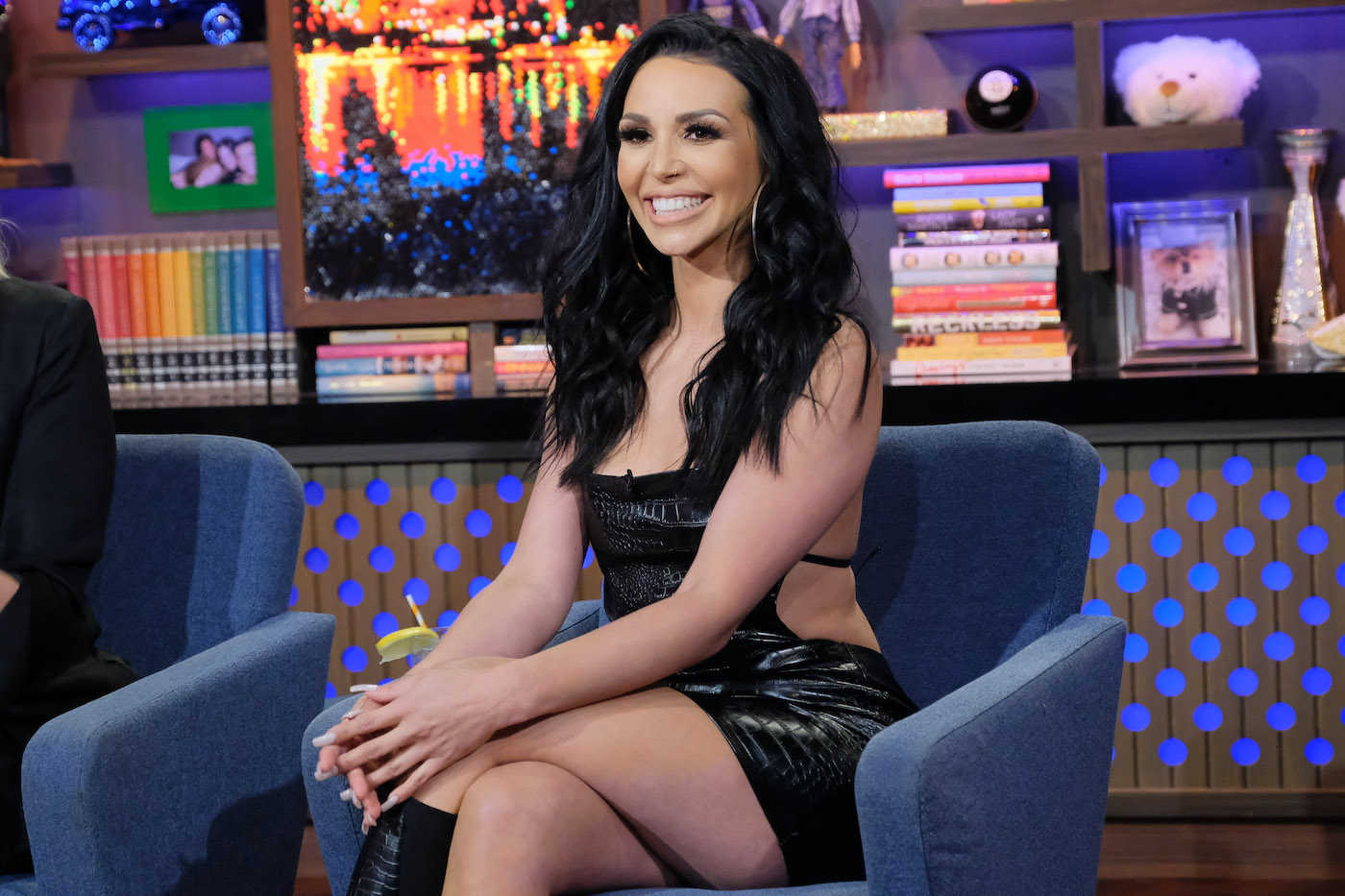 “So I’m used to filming sober and I always like to remember what happened,” she continued. But, “There is one scene I allowed myself [to drink] this season. I won’t say when, but I just drank everything. And then the next morning I was like, ‘What did I say her?’ You know, like, this is why I don’t drink on camera. But I think it should make for a great TV. So I don’t remember what was said.”

Why does Scheana Shay love that the new season is different?

Shay is also thrilled to return to the show after dealing with a pretty brutal previous season. She went through the painful and emotional process of freezing her eggs last season, but instead of showing the journey, a vindictive editor tried to portray Shay as a “desperate waitress.”

The new season is nothing like the last, or many of Shay’s previous seasons on the show. “I love how different it is,” she remarked. “I mean, [ex-husband] Shay was amazing. He had his own personal issues, but he was like my big cheerleader and was there for me. But this is just so different. Like, I’ve never really felt like I have had such a supportive partner who’s just such a big part of my life at the same time on the show or just in my life in general. Like, he fit in very well with our friend group.” Shay turned to Davies and said: “And you were just awesome.”

Pierre Rissient Remembered: He Knew How to Influence the Influencers

Your Scorpio Monthly Horoscope for September

Bandersnatch: The Netflix show everyone is talking about, but is it any good?

US and China to fight ‘star wars’ from Moon bases within decades, says scientist