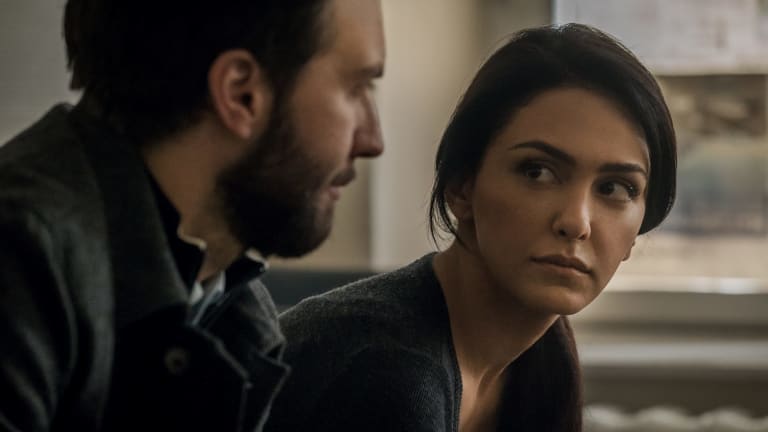 Through its intricate and absorbing storylines, this dark American sci-fi spy thriller set in Berlin delves into some universal human truths about fear, abandonment, anger, and the mutual hatred that so often broils between those who are so very much alike. As the parallel universes collide in these penultimate episodes, it is the turn of obnoxious spy chief, Peter Quayle (Harry Lloyd) to feel the force of betrayal in a tingly plot twist.

Apart from aspiring P-platers and those who like to laugh at the bumbling efforts of learner drivers, it's difficult to understand to whom this this fly-on-the-wall series might appeal. Certainly, tension is provided in the basic premise, and clumsily highlighted by flashing "pass" and "fail" buttons. But unless you enjoy watching nervous three-point turns and reverse parks, it's a fairly dull work day in the life of a driving instructor.

The love bubble in which Australia's first legally wed gay couple continues to float about must be the longest in soap history. No honeymoon blues for these two, who even indulge in an impromptu reprise of their wedding waltz among the vineyards (spot the chicken trying to get in on the act). Meanwhile at the resort is a love tryst that dare not speak its name.

Nearly 60,000 drivers could get parking fines overturned after tribunal ruling