Season four of Stranger Things featured some new faces in the form of cheerleader Chrissy Cunningham (played by Grace Van Dien), Eddie Munson (Joseph Quinn), and Vickie (Amybeth McNulty). The world of Hawkins was really expanded out with the group now in high school and struggling to contend with this new environment. The show saw the central group trying to contend with their social status with jocks and cheerleaders reigning supreme while the more nerdy kids were at the bottom of the pecking order.

Basketball jock Jason Carver was one of those at the popular end of the spectrum as the boyfriend of Chrissy and the ringleader of the witch hunt against the Hellfire Club, believing they were responsible for the death of his beloved girlfriend.

Jason was a major antagonist, who refused to listen to reason and believed the Hellfire Club was a satanic cult murdering the teens of Hawkins.

The character was essentially responsible for Max Mayfield’s (Sadie Sink) death after he refused to listen to Lucas Sinclair (Caleb McLaughlin) and interrupted their plans to stop Vecna (Jamie Campbell Bower).

However, Jason got his just desserts after he was killed by Vecna when he opened up a rift to the Upside Down. 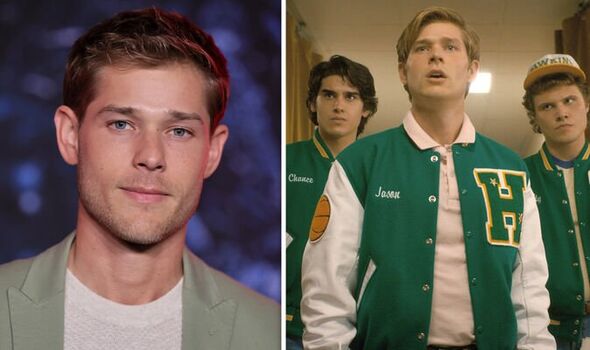 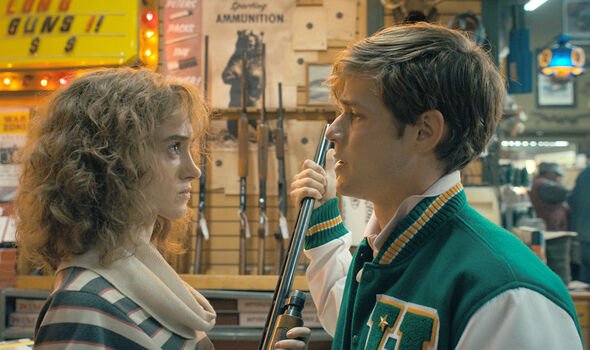 Dye first started appearing in the TV series Secret Diary of an American Cheerleader as Brandon.

After a couple of other projects, he landed Teen Wolf and portrayed Garrett.

He has gone on to star in series Roommates and The Goldbergs as well as TV movies Stalker’s Prey, Truth or Dare and the film Her Son’s Deadly Secret. 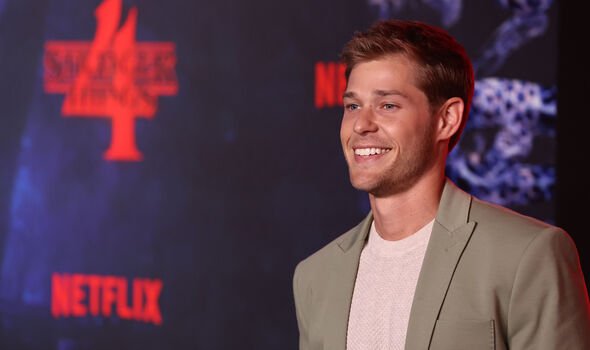 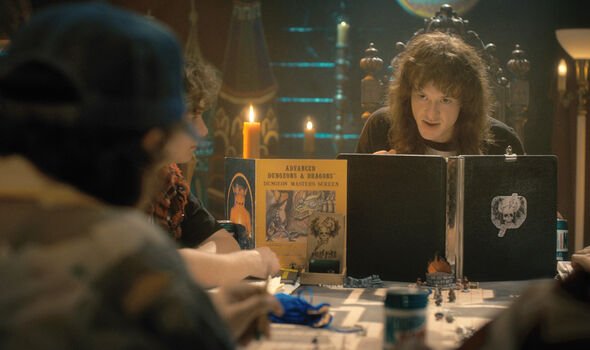 Speaking about starring in Stranger Things, Dye admitted he felt the pressure after landing the role on such a big show.

He revealed the audition process had been three-and-a-half months long and after clinching the part he was initially happy but then quickly the excitement turned to anxiety.

Dye said he was welcomed by the cast and crew of the show but still found it “nerve-wracking”.

On his portrayal of Jason, Dye said: “I sat down with [creators] the Duffer Brothers and [producer] Shawn Levy and they were like, ‘Okay, Jason is just Tom Cruise from his 80s movies.’

“So I just went back and watched Risky Business, Top Gun, like all his 80s movies like a week prior to filming.”

He said he was trying to “hone” his version of Tom Cruise and channel it through Jason.

Dye went on to tell the Steve Varley Show about performance: “When I was doing it, I thought, ‘I don’t think anyone’s going to be able to tell that I’m Cruising it right now.’”

Despite being something of a villain, Dye said he had to sympathise with Jason and not judge him.

The actor praised the writers for giving Jason nuance and conveying his motivations rather than making him an all-out antagonist.

Both Dye and British star Joseph Quinn – who portrays Eddie Munson – were friends and the American star admitted it was “hard” filming the intense scenes between Jason and the leader of the Hellfire Club.

In fact, Dye said he also found it hard not to start laughing while filming.

He said: “Joe Quinn, me and him got so close through filming. We had two, three weeks before filming that we were staying at the same hotel and we would just hang out like all day, every day.”

People share what they've learned from being made redundant

Who is Philip Hammond's wife Susan Williams-Walker, when did they marry and how many children do they have?

Kelly Clarkson, Garth Brooks Team Up On Cover Of ‘Shallow’

Do You *Really* Need a Dental Dam for Oral Sex?