The final few minutes of Yellowstone season three has left fans of the Paramount drama on tenterhooks ever since. John Dutton (played by Kevin Costner) was left bleeding out on the side of a road following a deadly ambush while daughter Beth (Kelly Reilly) was involved in an explosion at work and Kayce (Luke Grimes) was mowed down by assault rifle-wielding gunmen. The fates of the Dutton family members remains up in the air but one man who’s bound to seek revenge and pieces the pieces of the puzzle together will undoubtedly be Rip Wheeler (Cole Hauser).

Rip has been like a son to John ever since he was taken into the Yellowstone Ranch as a teen.

He’s also edging ever closer to a wedding day with Beth, so it’s fair to say he won’t take the attack on the family lightly.

However, there are still a few names in the frame for the attack, from Roarke (Josh Holloway) and the gang at Market Equities, to Jamie Dutton (Wes Bentley) who wants nothing to do with the family after discovering he was adopted.

So it’s safe to say Rip and his fellow ranchers are going to have a task on their hands to try and take down whoever was responsible for the attack – but it looks like Rip could have a new righthand man. 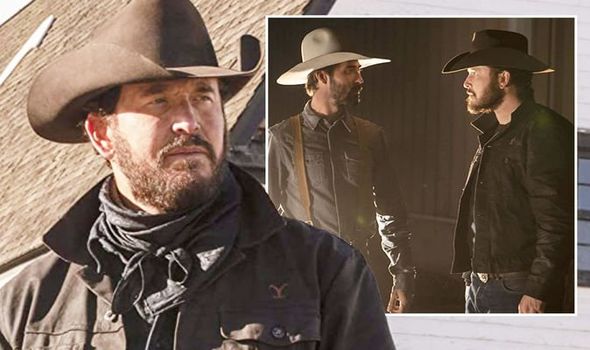 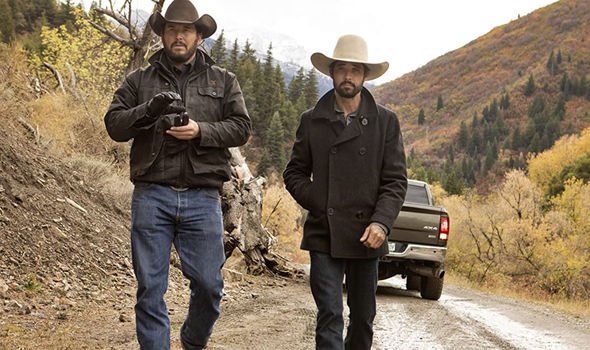 Walker (Ryan Bingham) and Rip haven’t exactly had the smoothest of relationships ever since the former rocked up on the ranch.

Not keen on the Duttons’ way of running things, Walker abandoned his life on the ranch back in season two after Kayce took pity on him – even though Rip wanted him killed as he knew too much.

And when Rip and Lloyd (Forrie J Smith) stumbled upon him singing in a bar miles away from the ranch, he was kidnapped and returned to atone for walking away.

Despite their differences, Walker did prove his worth to Rip and the ranch in season three after being given a second chance by Kayce. 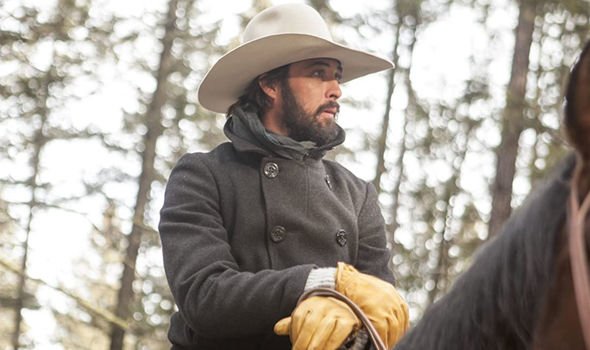 This was no more evident than his part in the death of rival rancher Wade Morrow (Boots Sutherland) as Walker carved the Yellowstone brand mark out of the rival’s chest before Rip had him hung in the woods.

It marked a huge change in Walker’s character who’d previously been reluctant to carry out the Duttons’ murderous acts of revenge.

And this hasn’t gone unnoticed by the cast and crew who weighed in on what this could mean for Walker in season four and beyond.

Speaking on Paramount’s Behind the Story for the episode Meaner Than Evil, actors Grimes and Hauser shared their thoughts on the significance of Walker’s actions.

“He’s starting to do some things where he doesn’t have any secrets against us, he’s a part of it now,” Grimes said of Walker’s part in Wade’s death.

The Kayce star added: “He’s having to really prove himself and show his loyalty by doing some things he probably really doesn’t want to do.”

Hauser also shared his own opinions on Walker’s character development and hinted this moment could see a huge shift between his own character Rip’s attitude towards him.

“That [Wade’s death] kind of brings Walker full circle which I think is great for his character and also his future on the show.”

Hauser added: “Who knows? Maybe in the end there is a mutual respect between the two of them.”

So with Rip needing all the help he can get to avenge the Duttons in season four and with Hauser teasing a new “respect” between the two, it looks like the stage is set for Walker to step up to the plate.

Could Rip and Walker be an unlikely friendship fans never saw coming when the fourth season rolls around?

It certainly looks like a possibility but fans will just have to wait until the series returns to find out how Rip will get to the truth.

A stunning 'ring of fire' solar eclipse will happen this weekend