Home » World News » 1.5 percent of the Google layoffs were masseuses

Tightening up! 1.5% of the Google layoffs were MASSEUSES – tech giant let go of more than two dozen on-site massage therapists as part of massive layoffs

Some 27 masseuses working for Google lost their jobs as part of the company’s largest ever round of layoffs.

Google eliminated over 1,800 workers in California, around 1.5 percent of whom were on-site massage therapists that would provide services to staff as rewards for good work.

These initial layoffs were filed on the same day CEO of Google and its parent company Alphabet, Sundar Pichai, announced it would cut 12,000 employees – around 6 percent of its workforce.

Of the 1,845 initial cuts 1,436, affected workers in the company’s Mountain View headquarters, while another 119 were in San Bruno, where YouTube, which Google owns, is based.

A total of 177 happened in LA, mostly at the company’s Playa Vista campus, and another 60 were in Irvine. Its Palo Alto office also saw 53 cuts, according to CNBC.

Two dozen of the masseuses had been working in Mountain View and another three were in LA and Irvine. 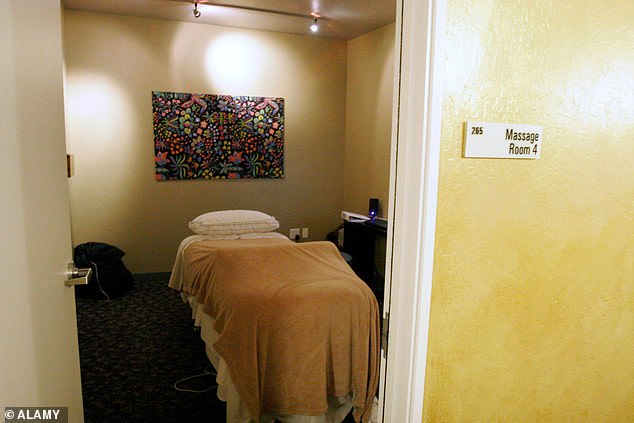 Google eliminated over 1,800 employees in California, around 1.5 percent of whom were on-site massage therapists. Photographed is a massage room at its Mountain View campus 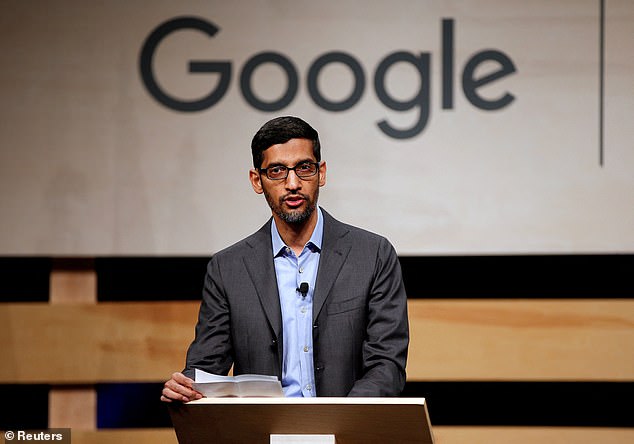 CEO of Google and its parent company Alphabet, Sundar Pichai, announced it would cut 12,000 employees in total – around 6 percent of its workforce

Google and other California tech companies like Amazon and Meta are known for having unconventional campuses that offer employees quirky perks like juice bars and spas.

Staff at Google were known to be rewarded for good work by way of ‘massage credits’, which could be used to redeem massages from therapists on campus.

‘As an almost 25-year-old company, we’re bound to go through difficult economic cycles. These are important moments to sharpen our focus, reengineer our cost base, and direct our talent and capital to our highest priorities,’ Pichai said.

The staff at Google facilities in California are expected to leave their jobs in March, in keeping with state law which provides workers with a minimum notification period of 60 days.

This round of layoffs at Google are part of a swathe that have affected the entire tech industry and comes just days after rival Microsoft said it would lay off 10,000 workers, and Amazon began firing 18,000. 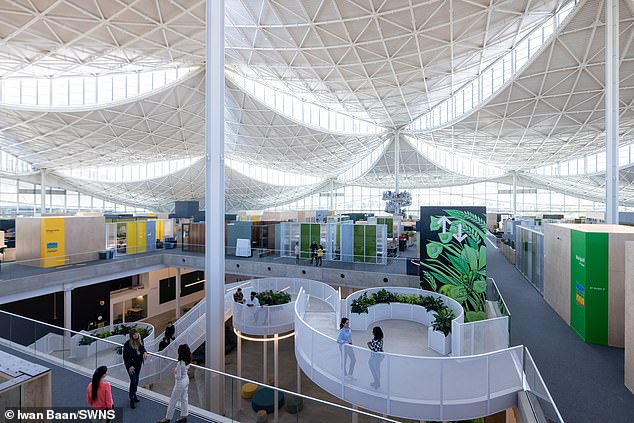 Of the 1,845 initial cuts in California 1,436, affected workers in the company’s headquarters in Mountain View

The layoff news was particularly dramatic for Microsoft, which said it would incur incur a $1.2 billion restructuring charge as a result. The company said it was forced to do so due to ‘macroeconomic conditions and changing customer priorities.’

In a memo to employees Microsoft CEO Satya Nadella said the layoffs, which would affect nearly 5 percent of its workforce, would begin immediately and finish by the end of March.

‘We’re also seeing organizations in every industry and geography exercise caution as some parts of the world are in a recession and other parts are anticipating one,’ he said.

Last week, thousands of Amazon workers woke up to a brutal email from their employer informing them their role had ‘been eliminated’ effective immediately.

Soon after the Seattle-based company sent out the emails, many employees’ access to work computers and offices was also cut off, Business Insider revealed.

The job losses come during a period of economic uncertainty. For the tech sector, the pandemic boom transitioned into a post-pandemic bust, as rising interest rates battered share prices and inflation cut into profits. Adding to economic pressures was the fallout from the Russian invasion of Ukraine. 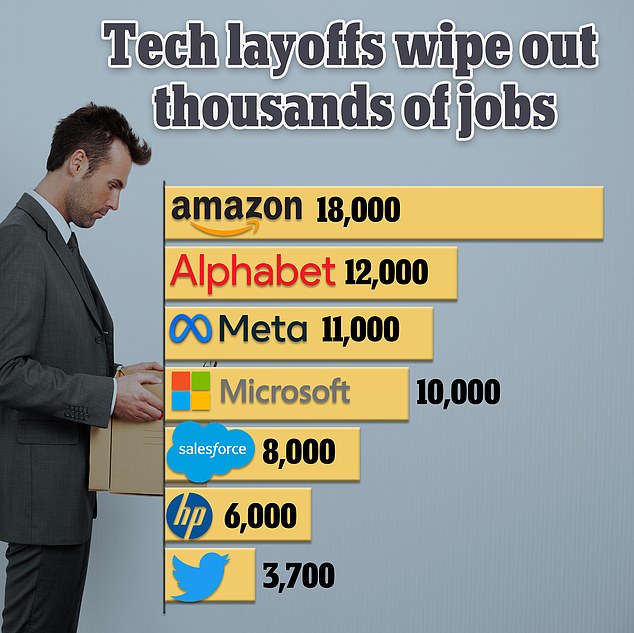 These cuts also come as companies like Google and Microsoft have banked heavily on large investments in artificial intelligence.

Pichai said in his note announcing the Google cuts, ‘I am confident about the huge opportunity in front of us thanks to the strength of our mission, the value of our products and services, and our early investments in AI.’

Nadella echoed a similar sentiment to in his memo to Microsoft staff. ‘The next major wave of computing is being born with advances in AI, as we’re turning the world’s most advanced models into a new computing platform,’ he said.

These tech layoffs represent a shift in the labor market and a heightened demand for blue collar workers.

Walmart announced on Tuesday that it would increase its minimum wage for all employees from $12 to $14 an hour, whereas last week music-streaming platform Spotify let go of 588 of its 9,800 staff as advertisers pull back on spending.

The best Windows 10 laptops you can buy right now