Alex Jones is accused of ‘moving millions to shield his wealth’ from Sandy Hook families who won nearly $1.5 billion in judgements against the conspiracy theorist

Conspiracy theorist Alex Jones has been accused of shifting millions of dollars ahead of court judgements against him, in moves that could potentially shield his wealth from the families of Sandy Hook victims who sued him.

Ahead of recent court judgements against Jones totaling nearly $1.5 billion, the radio host began moving funds out of his company, Free Speech Systems, and into other companies controlled by him or those close to him, the Washington Post reported on Monday.

In one case, Free Speech Systems signed some $55 million in promissory notes for claimed debts to PQPR Holdings, a company controlled by Jones’ dentist father, according to the Post report citing financial statements, depositions and other court records.

The debt tipped Free Speech Systems into bankruptcy, and means that PQPR Holdings will be a major creditor in line to collect from Jones’ firm, potentially ahead of the Sandy Hook families in bankruptcy court. 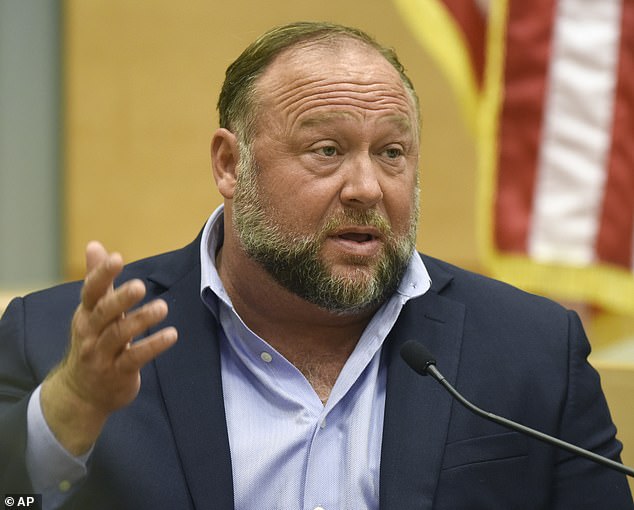 Conspiracy theorist Alex Jones has been accused of shifting millions of dollars ahead of court judgements against him, in moves that could potentially shield his wealth 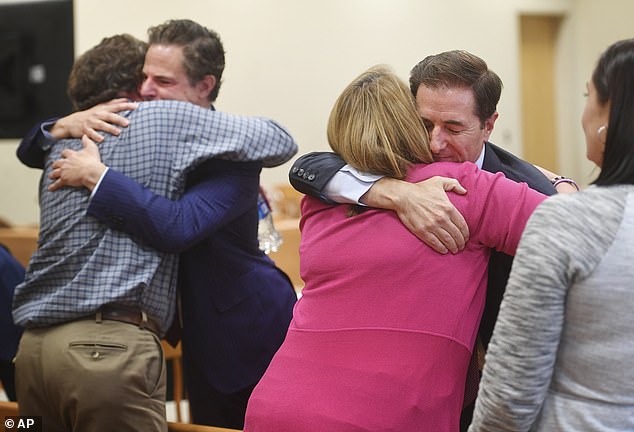 An attorney for Jones has said that the debt Free Speech Systems owed PQPR Holdings accrued due to sloppy bookkeeping, after PQPR bought tens of millions of supplements for Jones to sell on his radio show.

Free Speech Systems filed for bankruptcy in Texas in July. Some experts doubt the move will offer much protection for Jones’ assets, even if he is not able to pay the full judgments against him.

The Sandy Hook families have intervened in the bankruptcy case, urging a judge to freeze Free Speech Systems’ assets and investigate its finances.

They claim in court filings that Jones pulled $62 million from the company while burdening it with $65 million in ‘fabricated’ debt.

The office of one of Jones’ attorneys did not immediately respond to a request for comment from DailyMail.com on Monday afternoon.

Jones, who runs the website Infowars, faces massive punitive damages in defamation lawsuits stemming from his past claims that the 2012 Sandy Hook mass shooting was a hoax. 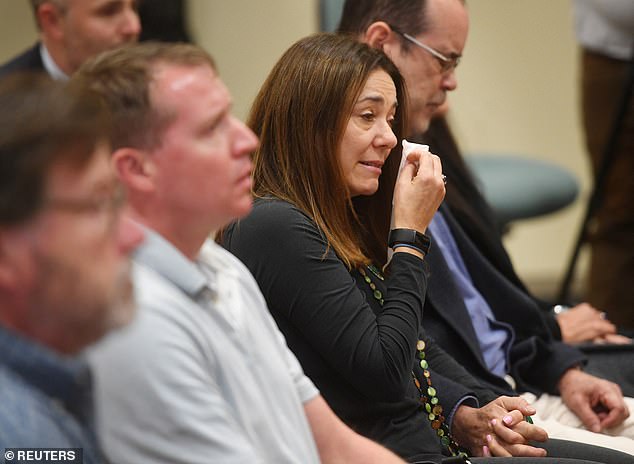 Plaintiff Francine Wheeler reacts as her jury award is read with her fellow plaintiffs in the Alex Jones defamation trial at Superior Court in Waterbury, Connecticut, on October 12

The bombastic radio host is now on the hook for a total of $1.49 billion in damages in two Sandy Hook defamation cases that went to trial this year. A third case is pending in Texas.

On December 14, 2012, a gunman murdered his mother, then killed 20 children and six staff members at Sandy Hook Elementary School before killing himself.

The conspiracy theories amplified by Infowars on its website, social media and a show hosted by Jones led to years of threats and other harassment of the parents of the murdered children.

Following a verdict in Connecticut last month for nearly $1 billion, a second verdict ordered him to pay another $473 million in punitive damages for his defamatory claims.

In their request for punitive damages, the plaintiffs said Jones should pay the maximum penalty available for the ‘historic’ scale of his wrongdoing and ‘utter lack of repentance.’ 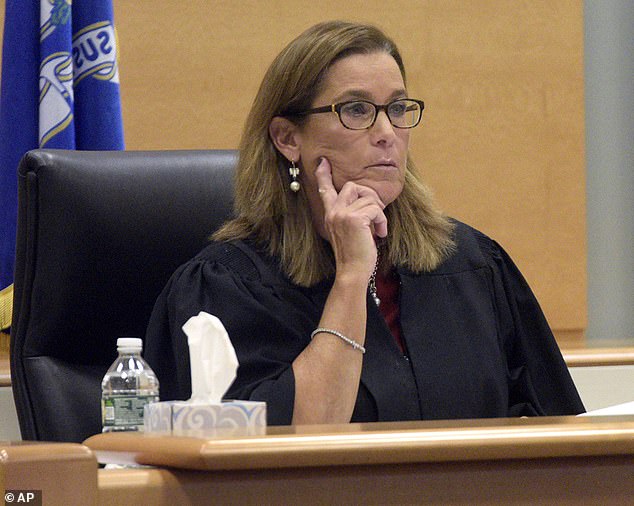 Jones has since acknowledged the shooting took place but refused to apologize to the families during his trial testimony.

In a statement, plaintiffs’ attorney Chris Mattei said the latest ruling ‘serves to reinforce the message of this case: Those who profit from lies targeting the innocent will face justice.’

Jones’ lawyer, Norm Pattis, said in a statement that ‘the verdict was tragedy, this latest ruling is farce. It makes our work in appeal that much easier.’

Pattis has argued in court filings that the verdict is excessive and should be reduced. He is also seeking a new trial over what he says were unfair pretrial rulings.

The trial in Connecticut came two months after Jones and the parent company of his Infowars site were hit with a nearly $50 million verdict in a similar case brought by two Sandy Hook parents in Austin, Texas, where Infowars is based.