Quito: The first hearing in Julian Assange's lawsuit against Ecuador's Foreign Affairs Ministry was suspended as the WikiLeaks founder was unable to understand his translator, and the judge called for a replacement fluent in "Australian."

Speaking from Ecuador's Embassy in London via Skype, Assange said the court-appointed translation service was "not good enough." Judge Karina Martinez said that it was indispensable that Assange testify, and said the court had erred by appointing a translator who only spoke English, apparently under the impression that Australian dialect is unintelligible to other anglophones. 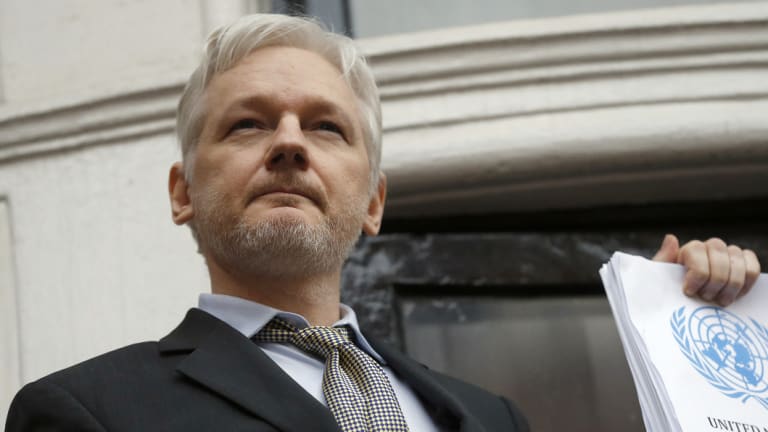 Assange filed the suit against Foreign Minister Jose Valencia last week, saying that new rules being imposed on him at the London embassy violate his constitutional rights. Assange, an Ecuadorian citizen since December, could be expelled from the embassy should he fail to comply with the new rules, which say he must refrain from commenting on politics, and clear any visitors with the embassy three working days in advance.

Assange sought the protection of Ecuador in 2012 to avoid extradition to Sweden, where he faced allegations of rape, or the US, where he could face trial for publishing secret government documents.

WikiLeaks, which published US diplomatic and military secrets when Assange ran the operation, faces a US grand jury investigation.

The relationship between Assange and Ecuador has grown increasingly tense in the past year. Assange filed a lawsuit in an Ecuadorean court last week claiming the new asylum terms, which require him to pay for medical bills and telephone calls and to clean up after his pet cat, violate his rights.

Ecuador says the rules are consistent with international asylum standards.

Ecuador's foreign minister, José Valencia, told Reuters earlier this week that he was "frustrated" by Assange's decision to file suit, and said the South American country would no longer intervene on his behalf in talks with Britain over his situation, a break from previous practice.

On Thursday, Salvador refuted Assange's claims in the suit that Ecuador prevented him from receiving visitors, denied him counsel and cut off access to communications, noting that he received 62 visits between July and October, including some from his lawyers.

Ind. State Trooper Helps Mom Deliver Baby on Side of Toll Road — and Newborn Is Named After Him!