REVEALED: Bed Bath & Beyond CFO who leapt to his death from New York’s famed ‘Jenga’ building is accused of role in ‘pump and dump’ scheme that artificially inflated value of flailing company and cost shareholders $1.2 BILLION

The Bed Bath & Beyond CFO who plunged to his death on Friday was being sued for artificially inflating the company’s stock price in a ‘pump and dump’ scheme to sell off his shares at a higher price, DailyMail.com can reveal.

Gustavo Arnal, 52, is listed as one of the defendants in a class action lawsuit brought by a group of shareholders who claim they lost around $1.2billion when Arnal and majority shareholder Ryan Cohen engaged in a ‘pump and dump’ scheme.

The lawsuit, filed in the United States District Court for the District of Columbia on August 23, claims Cohen had approached Arnal about a plan to control shares of Bed Bath and Beyond so they could both profit.

As part of the plan, the lawsuit claims, Arnal ‘agreed to regulate all insider sales by BBBY’s officers and directors to ensure that the market would not be inundated with a large number of BBBY shares at a given time.’

He then allegedly issued ‘materially misleading statements made to investors regarding BBBY’s strategic company plans, financial condition… and reports of shares holding and selling’ to help increase share prices.

By the time Arnal sold over 42,000 shares in the company two weeks ago it was valued at $1 million, according to MarketBeat.com.

The lawsuit was then filed just one week before Arnal took his own life by jumping from the 18th floor of the famous ‘Jenga’ tower in lower Manhattan’s Tribeca neighborhood on Friday. 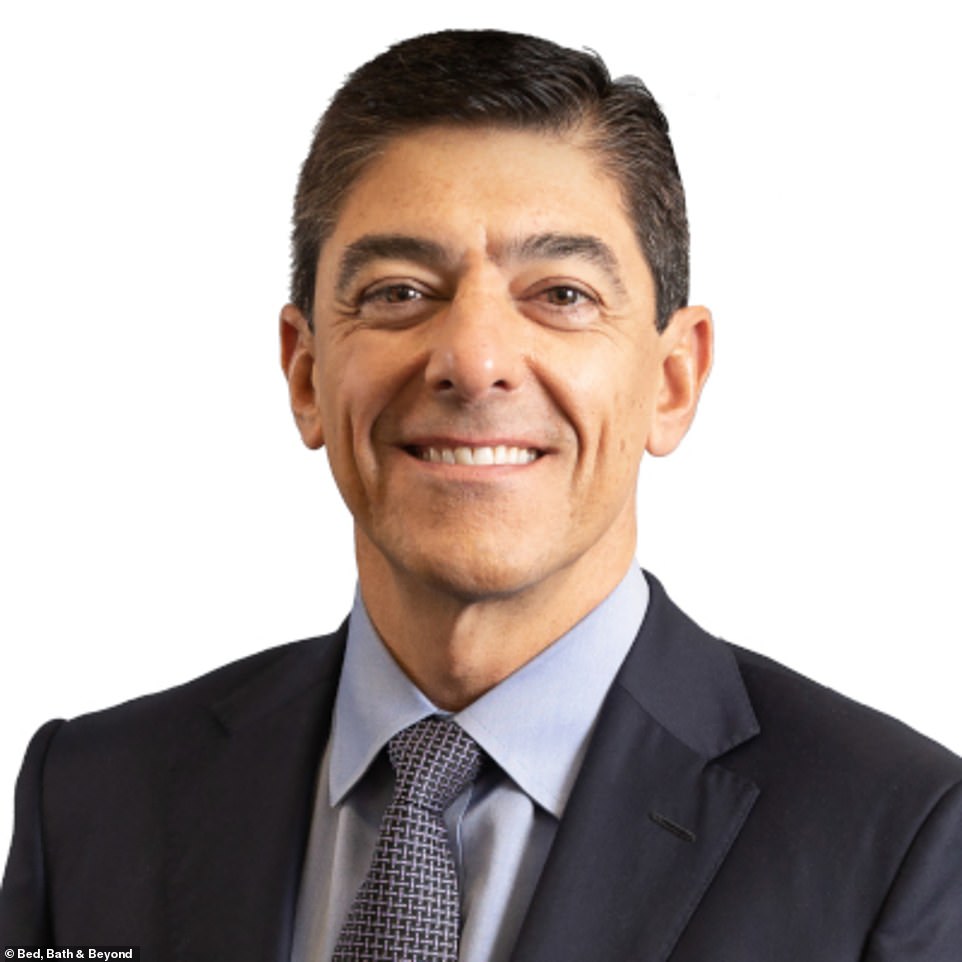 Gustavo Arnal, 52, was facing sued one week before he died for allegedly inflating the price of Bed Bath and Beyond shares in a get-rich-quick scheme 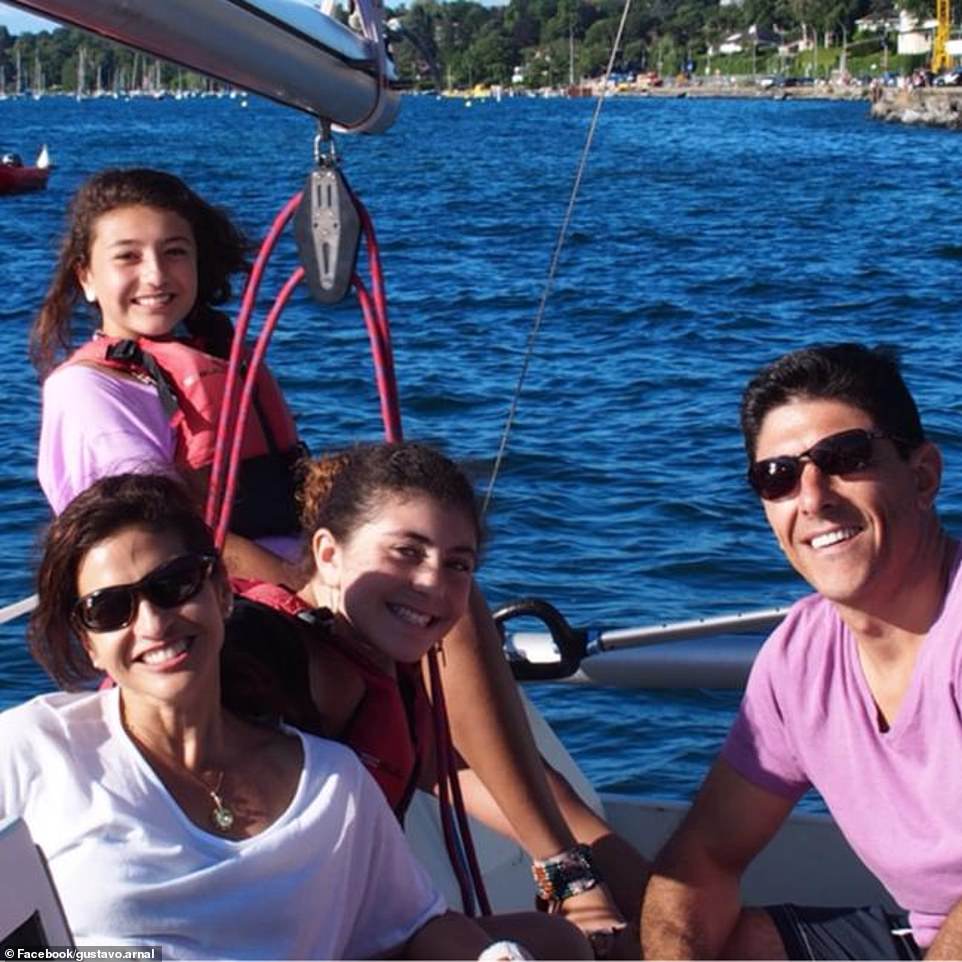 Arnal, right, is accused of providing misleading statements and omissions to the public in order to keep the share prices high. He is pictured with his family 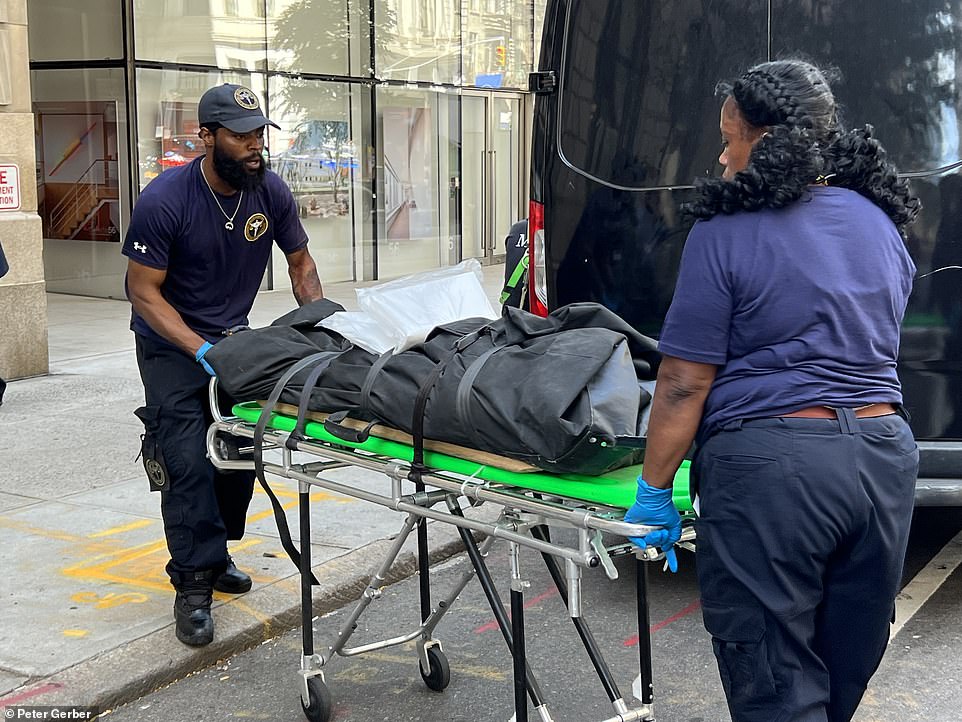 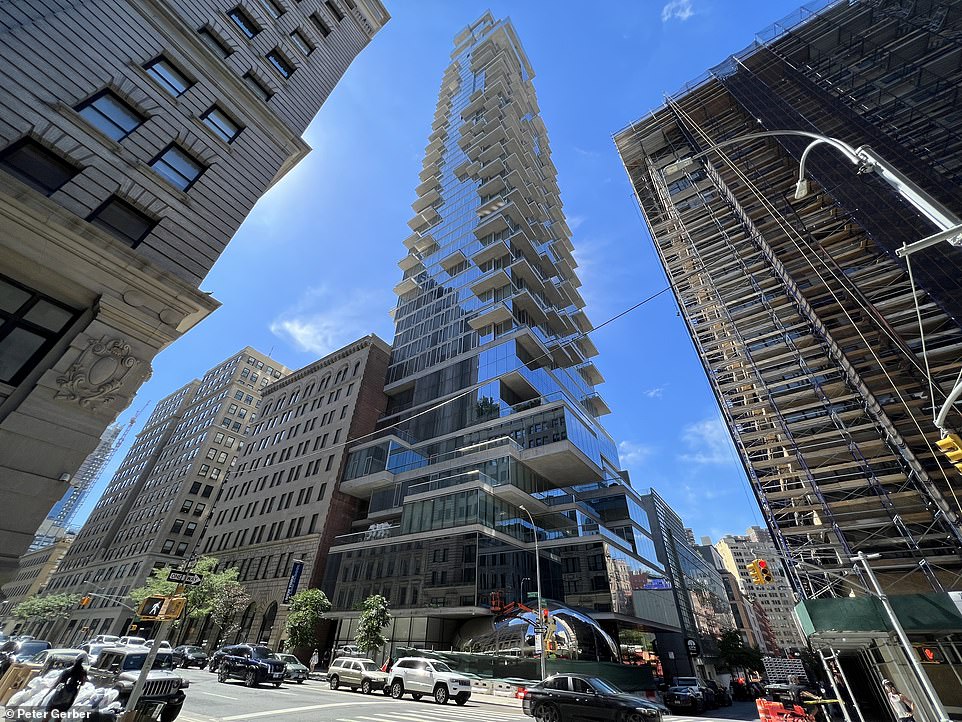 The class action lawsuit was brought by Virginia resident Pengcheng Si on behalf of all those who purchased Bed Bath & Beyond stocks between March 25 and August 18.

They are now seeking damages for the alleged ‘pump and dump’ scheme, claiming Cohen offered to purchase a large stake in the company, including call options on more than 1.6 million hares with prices between $60 to $80.

In exchange, the suit alleges, Arnal would ensure that insiders would not flood the market with the stock.

He did so, allegedly by making ‘materially misleading statements and omissions’ about the company’s financial standing in an effort to artificially inflate the share price,’ the suit says

‘Through mid August 2022, BBBY appeared — from the company’s public statements and financial reporting to be a successful turning-around company,’ it alleges.

But in reality, it says, Arnal ‘blatantly misrepresented the value and profitability of [the company] causing BBBY to report revenues that was fictitious [and] announce publicly that the company is successfully on the way spinning off Buybuy Baby to ‘unlock full value’ of this ‘tremendous asset.’

Buybuy Baby, though, was not actually doing well financially, the lawsuit claims. 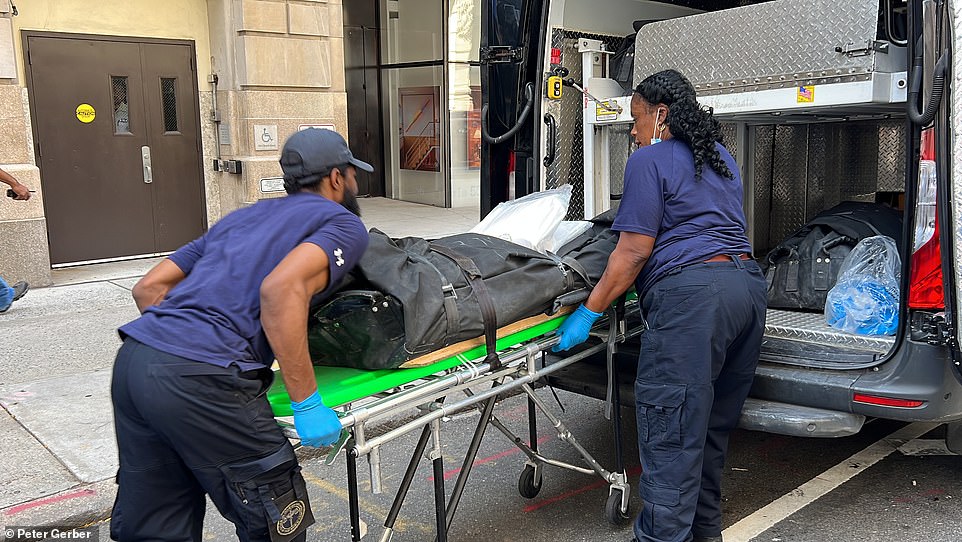 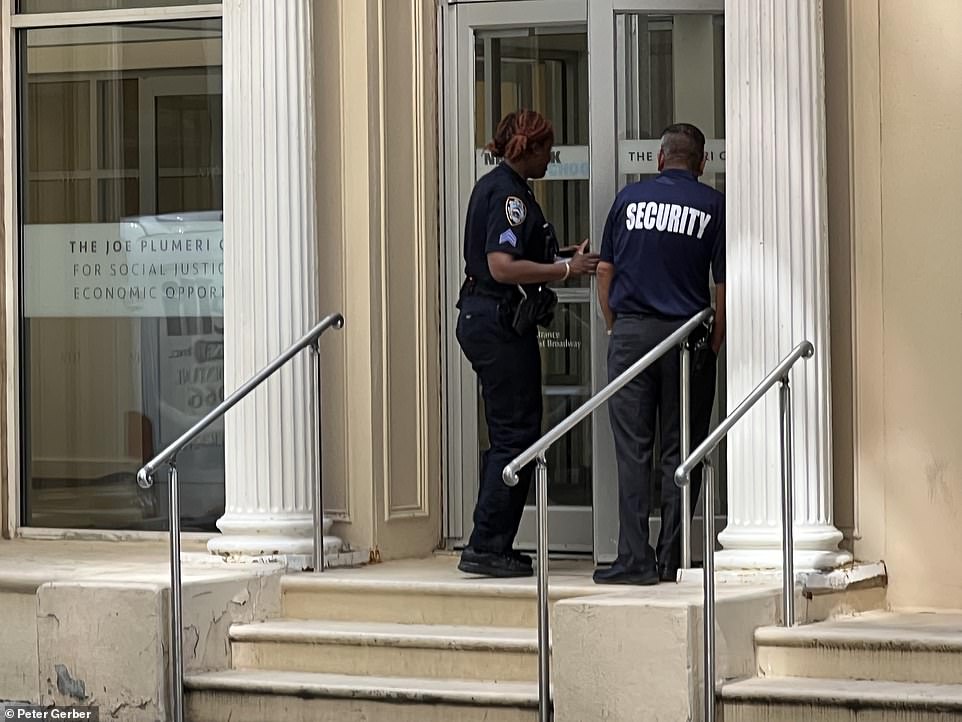 The man, who has yet to be identified or named, was pronounced dead before leaving the scene 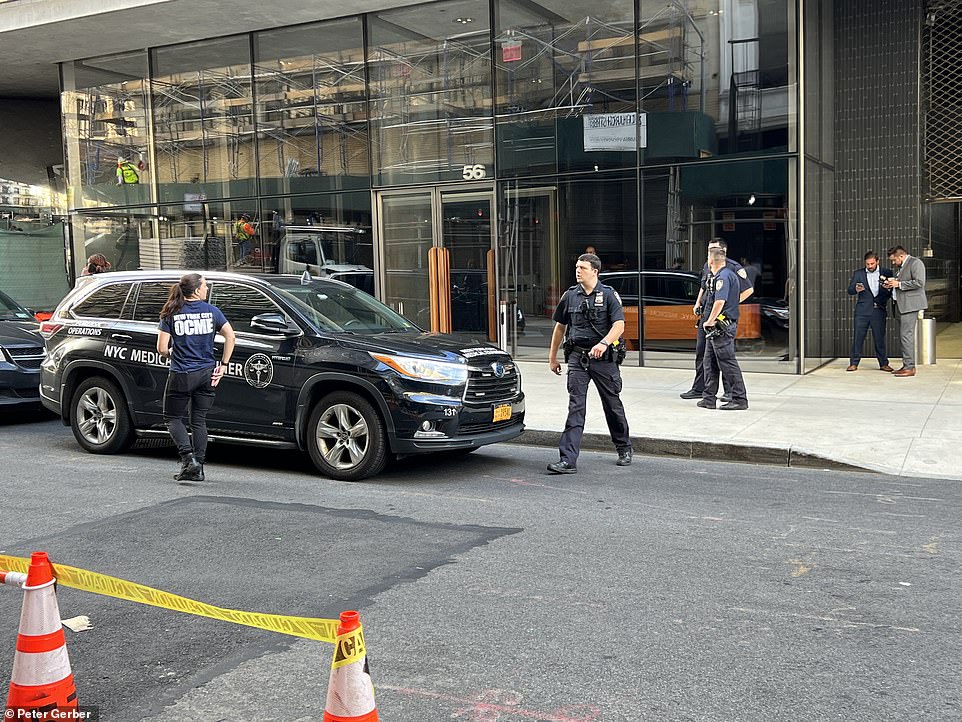 A second person, also unidentified, was hospitalized with minor injuries, according to a spokesperson for the FDNY. Their condition is unknown

Then on August 16, Cohen filed a document to the Securities and Exchange Commission saying he owned 9,450,100 share, including 1,670,100 shares under certain call options.

It also claimed he held onto his April call options that would only begin to pay out if the stock hit $60 a share before January 20, 2023.

He was soon granted three seats on the board of the company, the lawsuit alleges, but had actually sold most of his shares in the company at that point.

Instead, the lawsuit claims, Cohen ‘submitted [the document] for the purpose of creating [a] buying frenzy of BBBY stocks so that Cohen can finish selling his shares at [an] artificially inflated price.’

Stock prices rose 75 percent that day, the lawsuit alleges. But unbeknownst to share holders, it claims, that same day, Cohen also filed a form signifying his intent to sell the remainder of his shares and call options.

It was not disclosed to the public until the market closed the following day, when shares tumbled from a record high of $30 per share to around $22.50 a share.

Then after Arnal and Cohen filed a form saying they sold all their shares on August 16, the stock down 45 percent to $16.16. 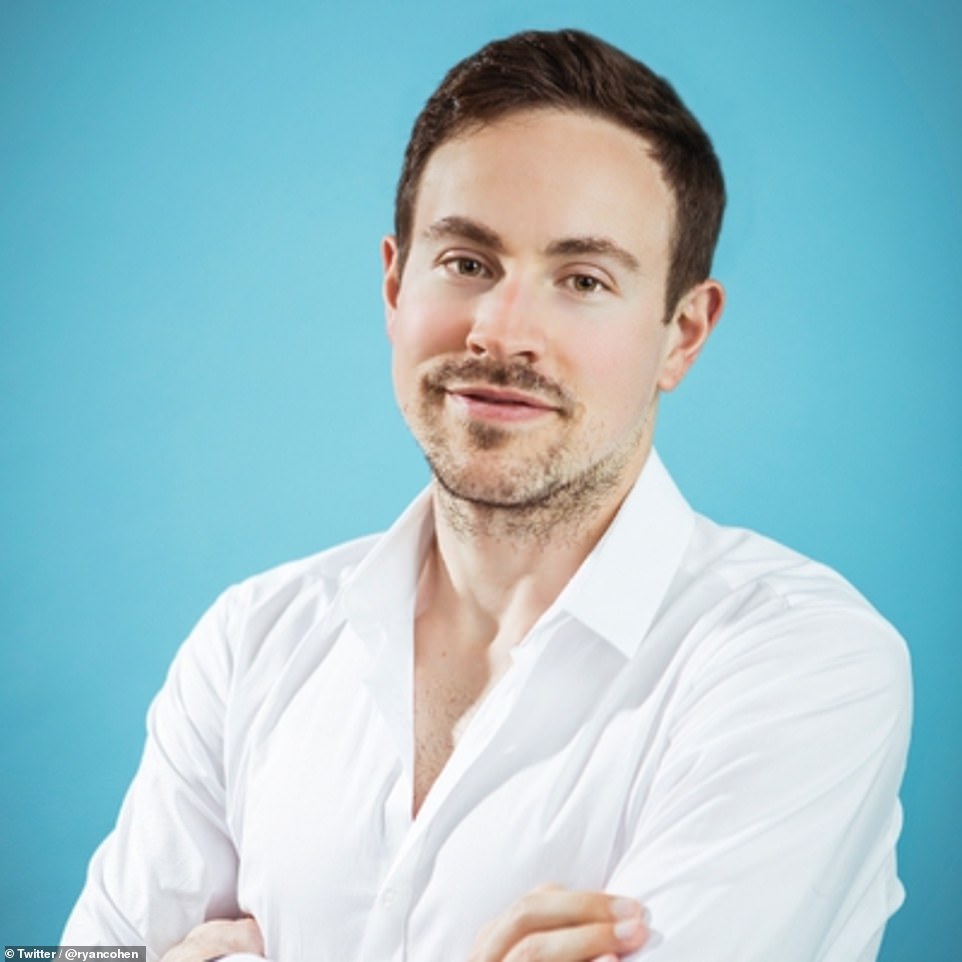 According to a lawsuit filed in federal court, majority shareholder Ryan Cohen (pictured) approached Arnal about a ‘pump and dump’ scheme in which they would both profit 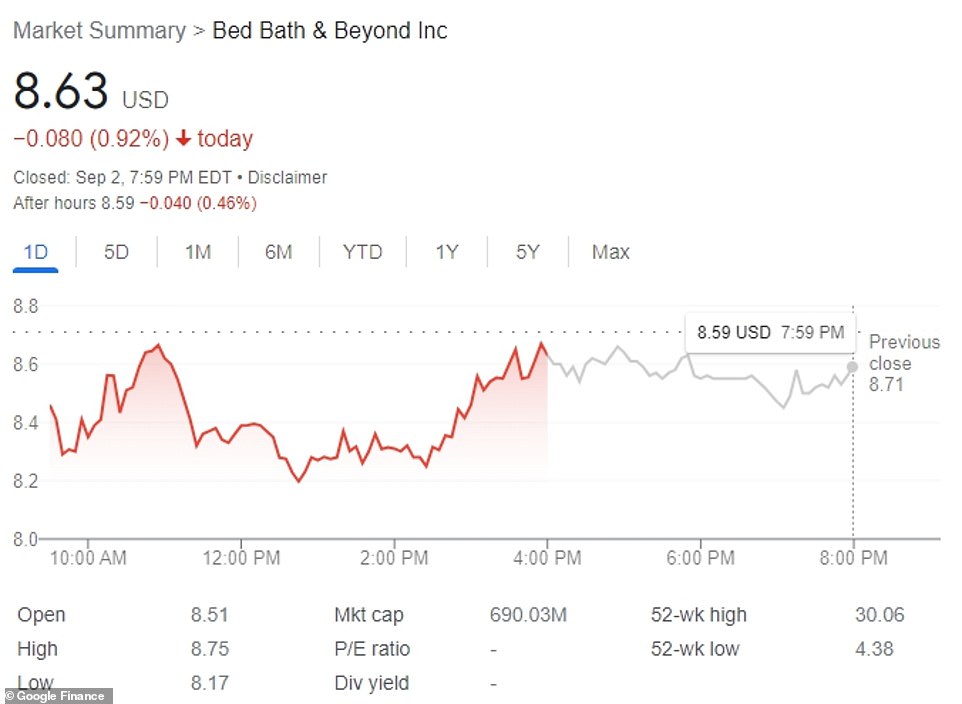 The lawsuit also claims that as the CFO, Arnal knew about Cohen’s false filings with the SEC.

It further claims they discussed their exit strategy with JP Morgan Securities LLC before they sold off their shares.

It says they ‘have done so for self-serving, improper and bad faith reasons, namely a desire to profit from the sales of their BBBY shares’ and ‘have violated their fiduciary duty by making false filings, issuing misleading statements and pumping and dumping BBY shares.’

The suit then claims JP Morgan Securities aided and abetted the operation ‘to launder over $110 million worth of illegal insider trading proceeds.’ DailyMail.com has reached out to Bed Bath and Beyond for comment. 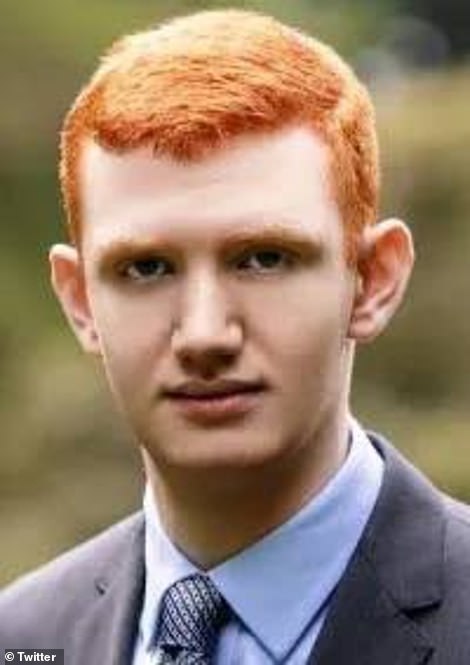 An applied mathematics and economics major at the University of Southern California, Jake Freeman, 20, made a $110million profit by selling all of his Bed Bath and Beyond stock on Tuesday, nearly a month after investing in five million company shares at $5.50 a share

Arnal’s stock dump came the same day a 20-year-old college student made $110million by selling all of his Bed Bath and Beyond stock – but he did so just before the retailer’s stock price slumped 23 percent after its second-biggest shareholder indicated plans to sell his entire holding.

Jake Freeman, an applied mathematics and economics major at the University of Southern California, invested in nearly five million Bed Bath & Beyond shares at $5.50 a share in July, spending a total of $25 million with the help of a wealthy pharmaceutical investor uncle.

As a result, he became a minority shareholder by owning around six percent of America’s largest houseware goods specialty stores as it became the latest ailing retailer to see a surge in its value thanks to the ongoing ‘meme stock’ boom.

That sees amateur investors snap up stock in companies seen as past-their-best, helping to drive the share price up and making some lucky stockholders who sell at the right time millions of dollars.

Freeman, whose family resides in the New York City area, then roughly sold more than $130million worth of stock on August 16 similarly to Arnal, after the retailer’s stock price surged to $27 a share.

Just one week after the damning lawsuit was filed, Arnal plunged to his death from the 18th floor of the swanky so-called Jenga building in Manhattan’s Tribeca neighborhood.

Authorities say calls regarding the jump at 56 Leonard Street near Church Street came in at around 12:30pm Friday.

Arnal was identified as the jumper at the 57-story building – where apartments go for up to $50million – on Friday afternoon, according to the New York Post.

The city’s EMS officials responded to the incident and were seen carrying the man’s body off in a black bodybag.

A second person, also unidentified, was hospitalized with minor injuries, according to a spokesperson for the FDNY.

A woman was seen looking distraught and crying near the building before eventually entering the ambulance. The FDNY spokesperson could not confirm the age or gender of the person hospitalized. 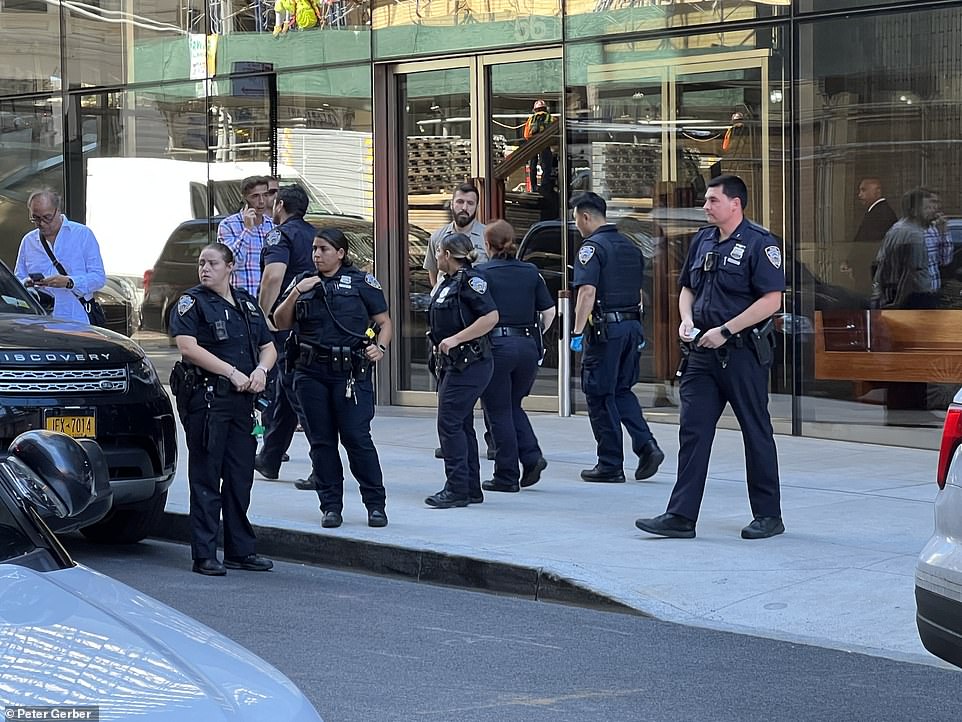 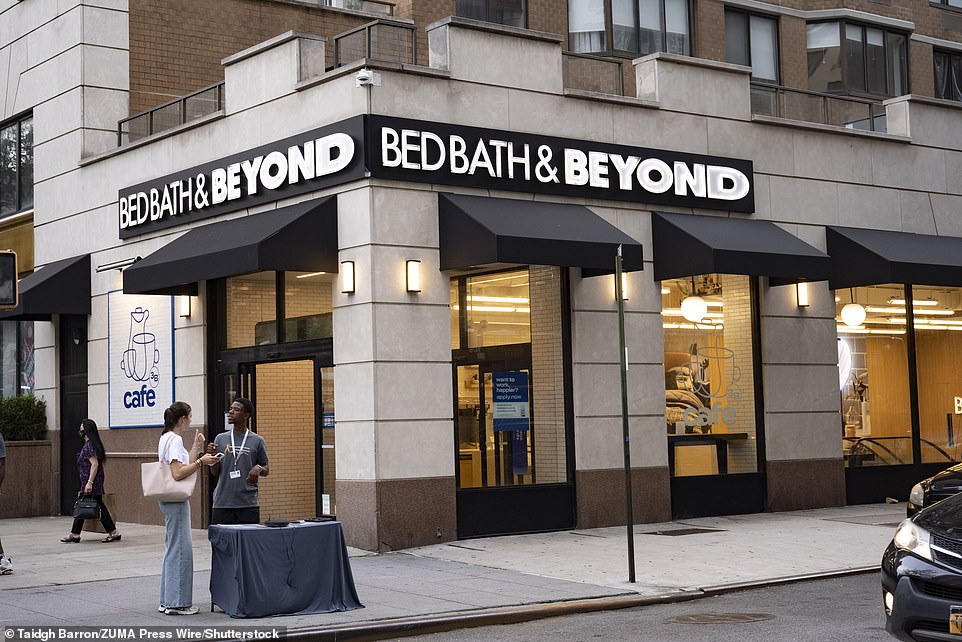 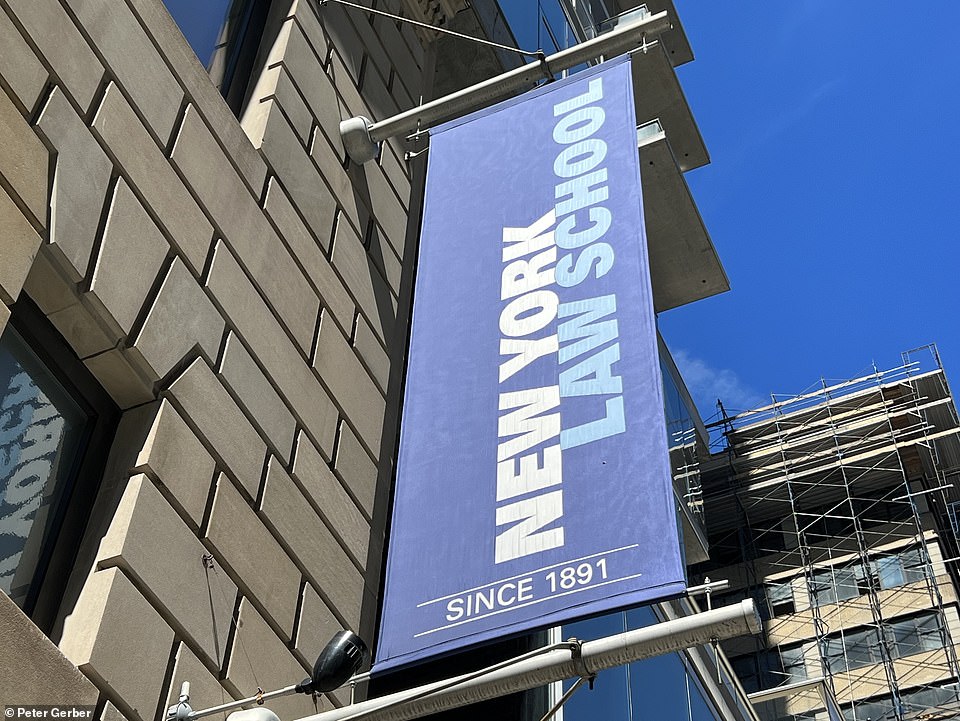 The website for the structure lists such amenities as a library lounge, an indoor/outdoor theater, an estuary with a 75-foot pool, a landscaped outdoor sundeck and hot tub, a fitness center, yoga studio, steam room, sauna and a private dining room

Bed Bath & Beyond, which has become the latest meme-stock darling for small traders on Reddit, announced plans to close 150 stores of its roughly 900 and lay off 20 percent of corporate and supply chain staff. 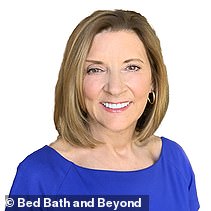 The big-box chain – once considered a so-called ‘category killer’ in home and bath goods – has seen its fortunes falter, with CEO Mark Tritton fired in June after sales plunged 25 percent in the first quarter.

The company hired Sue Gove, an independent board director, to replace him on an interim basis.

Gove said the retailer was ‘continuing to see significant positive momentum’ and intended to build its ‘deep heritage as a retailer.’

‘While there is much work ahead, our road map is clear and we’re confident that the significant changes we’ve announced today will have a positive impact on our performance’ she said on a conference call.

His death came at a difficult time for the company as it faced high inflation and a sagging economy. The company had announced plans to close 150 stores, of its roughly 900, and lay off 20 percent of staff just two days before Arnal’s death.

And back in June, CEO Mark Tritton was fired after sales plunged 25 percent in the first quarter. The company has since hired Sue Gove, an independent board director, to replace him on an interim basis.

On Wednesday, she said the retailer was ‘continuing to see significant positive momentum’ and intended to build its ‘deep heritage as a retailer.’

‘While there is much work ahead, our road map is clear and we’re confident that the significant changes we’ve announced today will have a positive impact on our performance’ she said on a conference call.

The retailer also announced a plan to raise money by issuing new shares and said it had secured $500 million in new financing — but investors took a dim view of the strategic plan, and shares fell as much as 25 percent in morning trading.

Traders on the Reddit forum WallStreetBets, who have cheered the stock in recent weeks, reacted with a mixture of stoicism and despair.

‘I just wanted make money without any effort. why I have to suffer like this? why?’ wrote one user on the forum.

In Wednesday’s update, Bed Bath & Beyond also forecast a bigger-than-expected 26 percent slump in same-store sales for the second quarter and said it would now retain its buybuy Baby business, which it had put up for sale.

Once known for providing many shoppers with 20%-off coupons, Bed Bath & Beyond revamped its merchandise in recent years to focus on private-label products including its Our Table brand cookware.

The chain is now ditching that strategy, nixing three of its private label brands, and reprioritizing national brands with labels including Calphalon, Ugg, Dyson, and Cuisinart underpinning that strategy, executives said on a conference call.

Executives said Bed Bath & Beyond is cutting about 20 percent of its corporate and supply chain workforce, and eliminating its chief operating officer and chief stores officer roles. The company has about 32,000 employees overall.

Meanwhile, Snap CEO Evan Spiegel told staff in a memo on Wednesday that ad sales were not keeping up with earlier projections and announced plans to reorganize and cut roughly 20 percent of the company’s 5,600 employees.

‘Unfortunately, given our current lower rate of revenue growth, it has become clear that we must reduce our cost structure to avoid incurring significant ongoing losses,’ Spiegel wrote.

Snap will shut down ambitious projects, including mobile games and novelties like a flying drone camera, helping the company save an estimated $500 million in costs annually, the company said.

Investors approved of the move, with shares of Snap rising as much as 15 percent in morning trading.

Anything that doesn’t contribute to those three areas ‘will be discontinued or receive substantially reduced investment,’ Spiegel said.

Electric bike v Electric scooter: Which is the future of your commute?

Rupert Murdoch’s life is built on doing the unexpected