BORIS Johnson today pledged to "turbo charge" the North with a new rail link as he embarks on a "love-bombing" mission.

This morning's trip to Manchester – three days after he became Prime Minister – saw the announcement of a £3.6bn package to improve life in Britain's "left-behind towns". 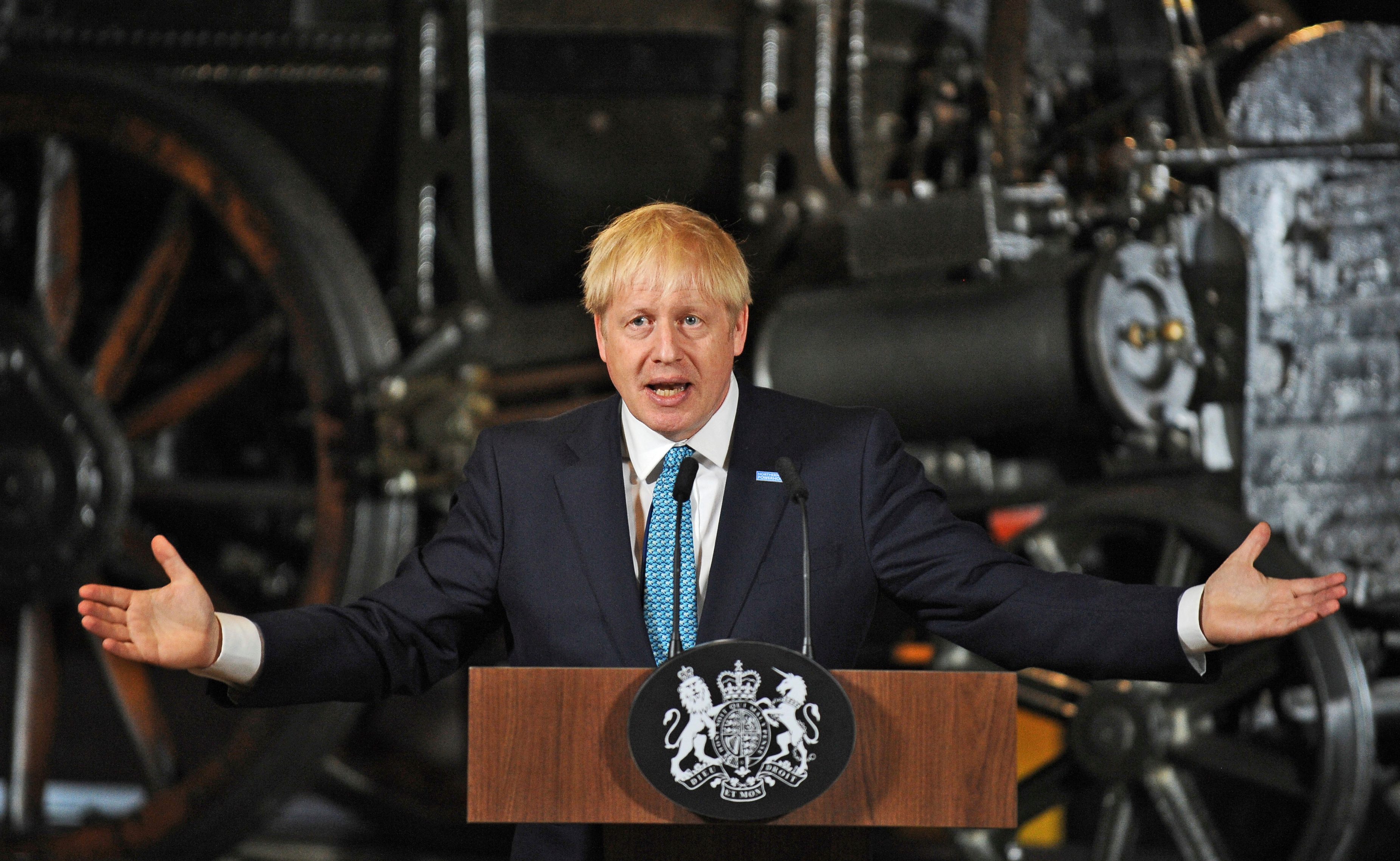 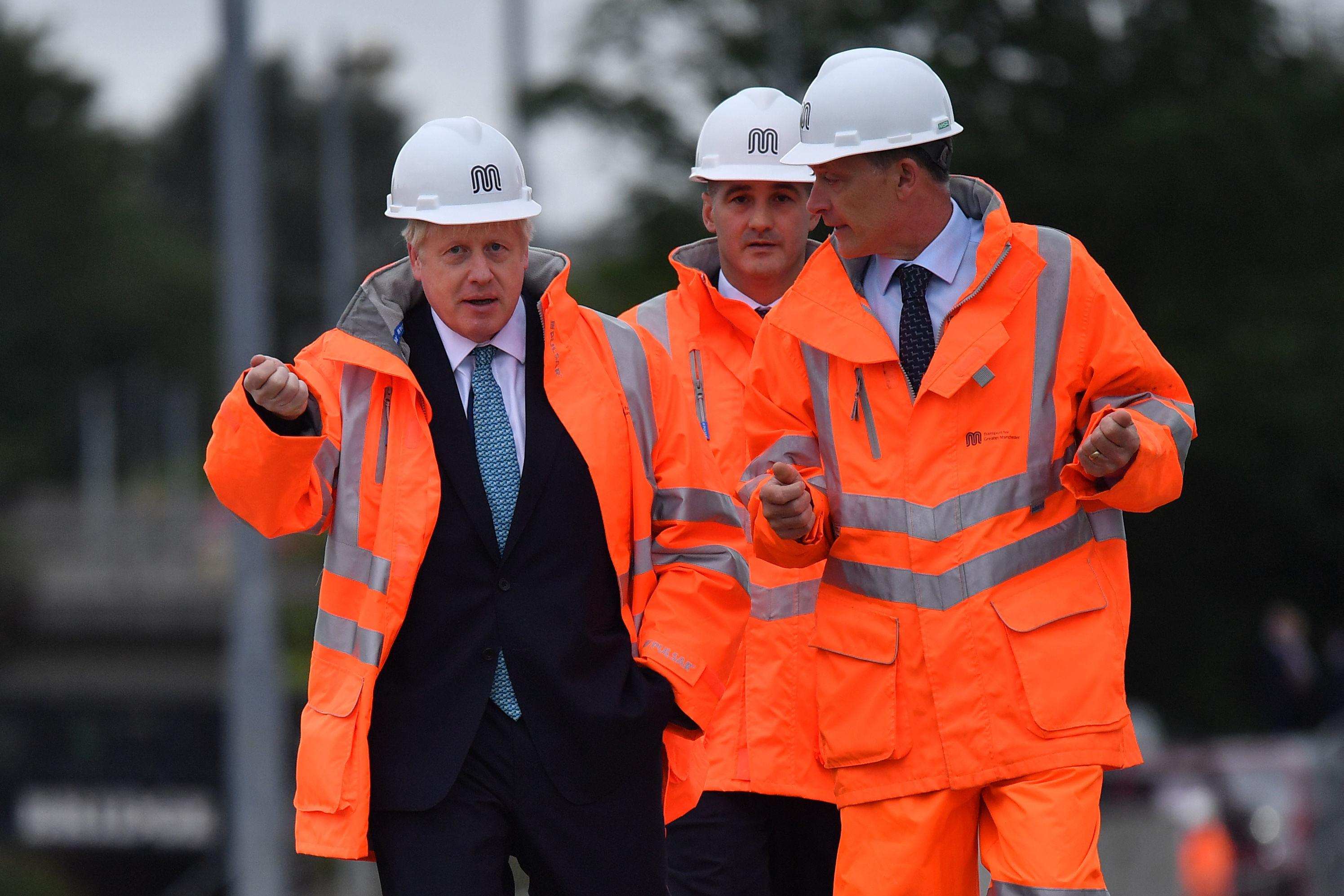 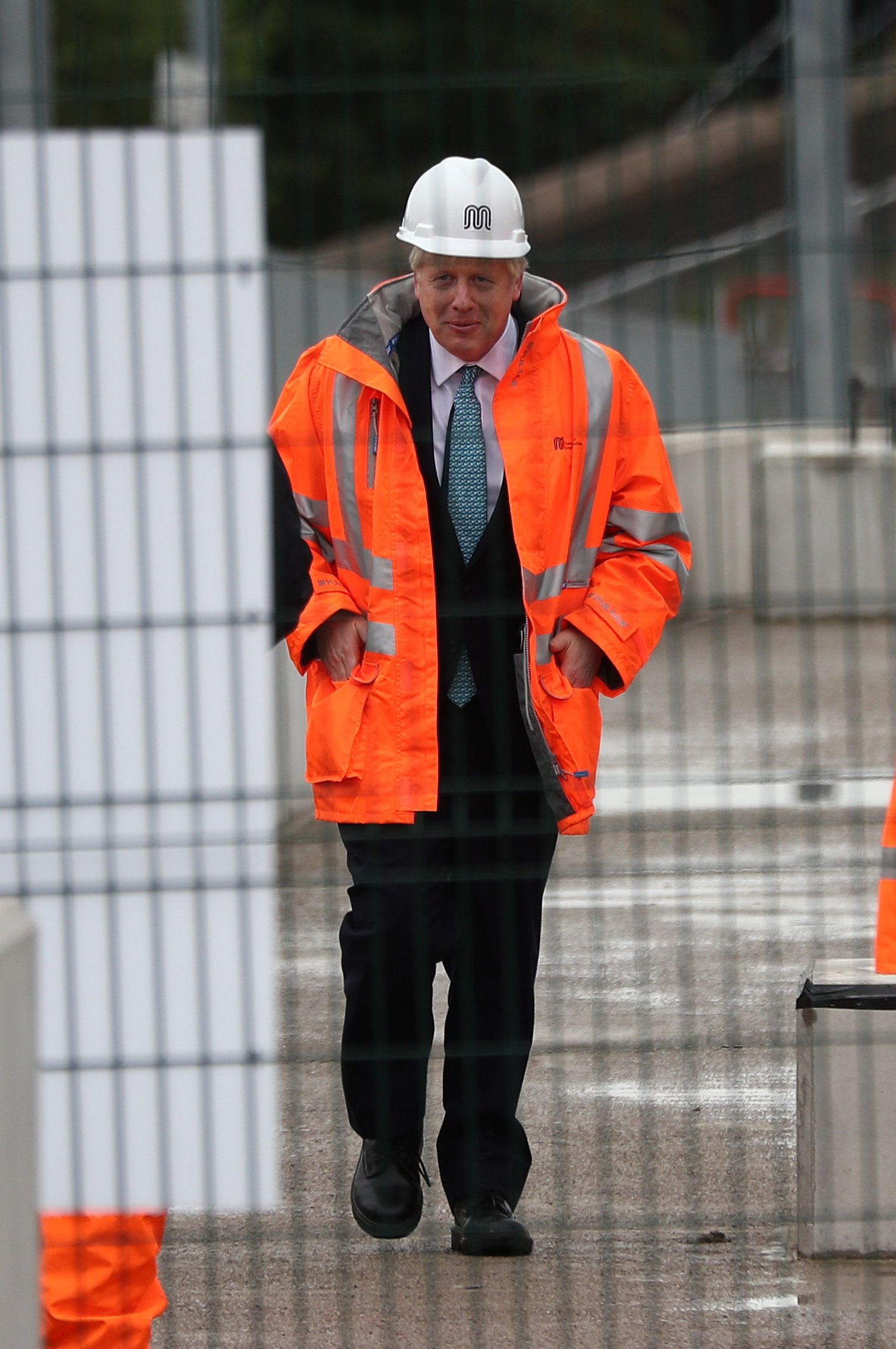 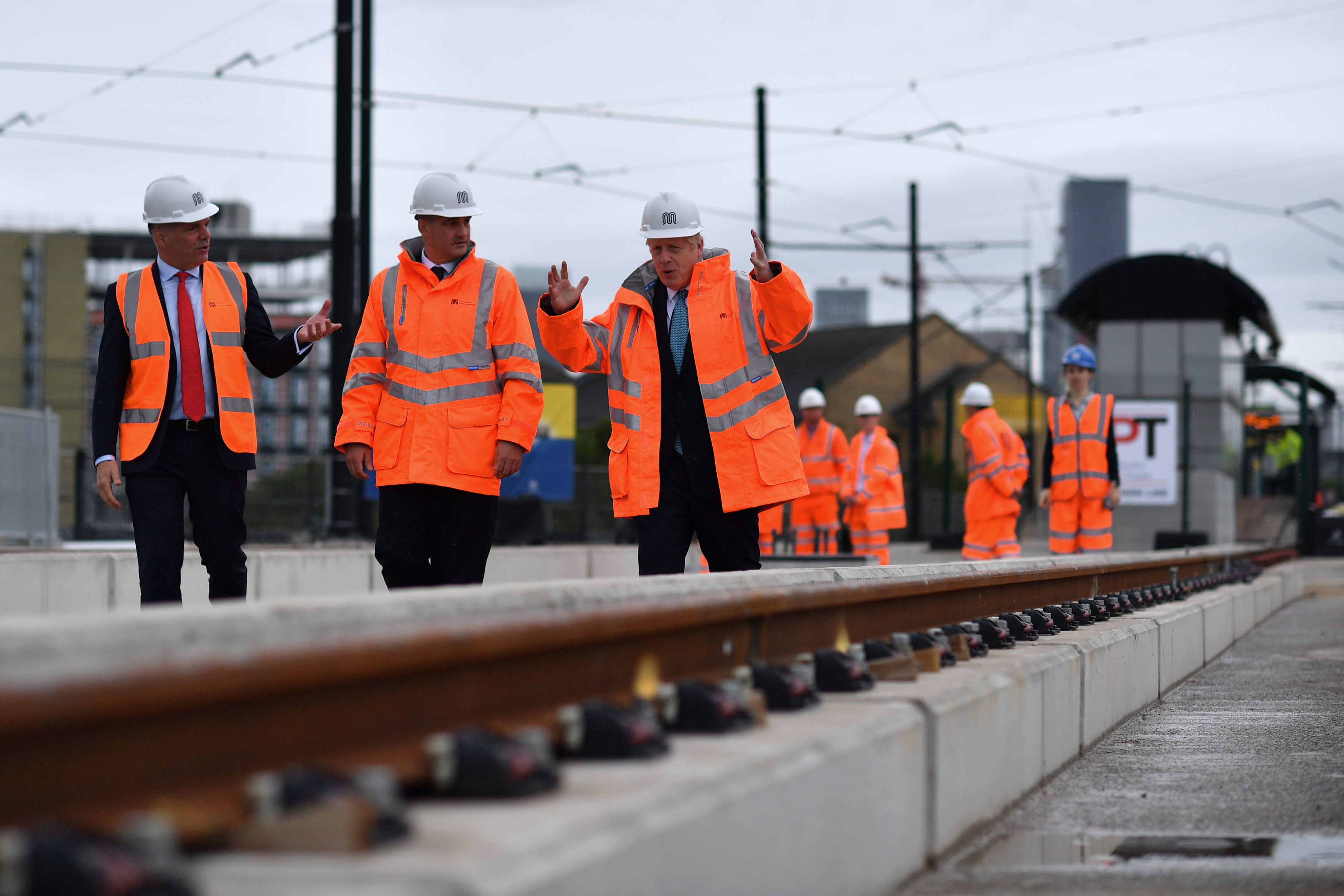 In a keynote address given after plodding about a tramline construction in Stretford – in full high-vis, and sporting a trailing shoelace and typically jaunty hardhat – he promised to deliver a new route between Manchester and Leeds.

Mr Johnson told voters in traditionally Labour-held heartlands: "I want to be the PM who does with Northern Powerhouse Rail what we did with Crossrail in London.

"And today I am going to deliver on my commitment to that vision with a pledge to fund the Leeds to Manchester route.

"It will be up to local people and us to come to an agreement on what's next – and I have tasked officials to accelerate their work on these plans so that we are ready to do a deal in the autumn."

In an uncharacteristically calm start to the address at the Science and History Museum, Mr Johnson encouraged the crowd to "feel free to applaud" after the first chunk of his speech.

As they clapped and he took a quick swig of water, he chuckled "that's the spirit", before picking up the pace to excitedly announce more transport improvements in a bid to woo the North.

As he got onto the subject of bus developments in Manchester, Mr Johnson enthusiastically declared to laughter "I love buses, I know a lot about buses".

The freshly-minted PM promised to "improve the unglamorous local services which people use every day", saying it is about "services within cities, not just services between cities".

I want to be the PM who does with Northern Powerhouse Rail what we did with Crossrail in London.

Taking aim at Jeremy Corbyn, whose party has traditionally held much of the North, he said: "The centre of Manchester, like the centre of London, is a wonder of the world.

"A few miles away from here the story is very different.

"The story has been for young people growing up there of hopelessness, or the hope that one day they will get out and never come back.

"They haven't failed. It's we, us, the politicians, our politics has failed them."

Following the 25 minute speech Mr Johnson got into the swing of things as he answered questions on the Irish backstop, saying "the approach of the UK government is not going to be disengaged or aloof, we are going to try and solve this problem".

He added: "My friends, I do not want a no deal Brexit, but we are being told that for the past three years it can't be changed.

"I doubt that, but with confidence and friendship to our European partners we are going to continue with discussion and we are going to get ready to get out on the terms that are necessary."

Downing Street said that detailed plans regarding the proposed Manchester to Leeds rail route will be published in the autumn, following a review into HS2.

The trans-Pennine route is expected to cut journey times and provide additional capacity for people across the region.

Today the PM focussed on domestic issues, with a nod to transport improvements, education and fighting crime.

Mr Johnson said: "I want to help local leaders bring their local services in all our towns and cities up to the standards of the best.

"And I want that to start now, with improvements that can happen in the short term, not just big engineering schemes that will take years."

'NO' TO GENERAL ELECTION

The new Prime Minister also pledged £1billion to recruit an extra 20,000 coppers as he pounded the beat in Birmingham.

He is set to visit Scotland next week, with trips to Wales and Northern Ireland also being discussed as part of a whistle-stop tour of the country.

Today's speech comes as Leader of the Commons Jacob Rees Mogg insisted the only way Tory rebels could block a potential no-deal Brexit on October 31 was to revoke Article 50 and keep the UK in the EU.

He told the Daily Telegraph: "There is no way that Parliament can stop Brexit unless there is a vote of no confidence and there is a new government, or the law is changed, but how will the law be changed?

"All these people who witter on about no deal really don't want to leave the European Union at all.

"It's just code for saying they don't want to leave and they think the referendum is a mistake.

"But they are not daring to put down a motion to revoke Article 50, are they?"

Referring to Tory rebels, Mr Rees Mogg said: "These are the only two ways Parliament could stop no deal – revoking Article 50 or bringing down the Government."

Labour's shadow transport secretary Andy McDonald was dismissive of the Manchester-Leeds rail pledge, stating: "This project has been announced time and time again by the Conservatives.

"With Boris Johnson's staggering failure to build a bridge across the Thames and an estuary airport I'm not confident he'll be able to deliver better train services between Leeds and Manchester." 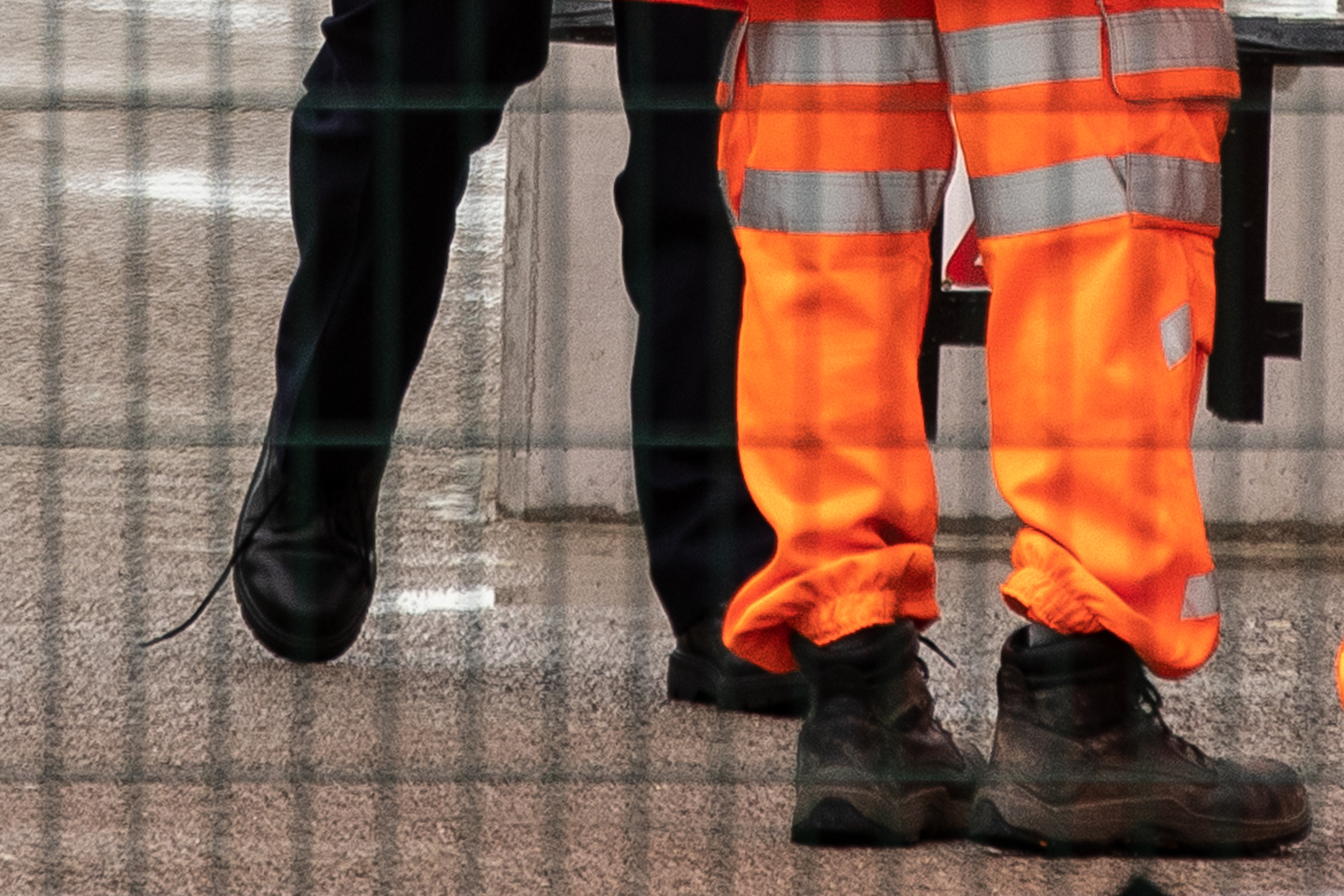 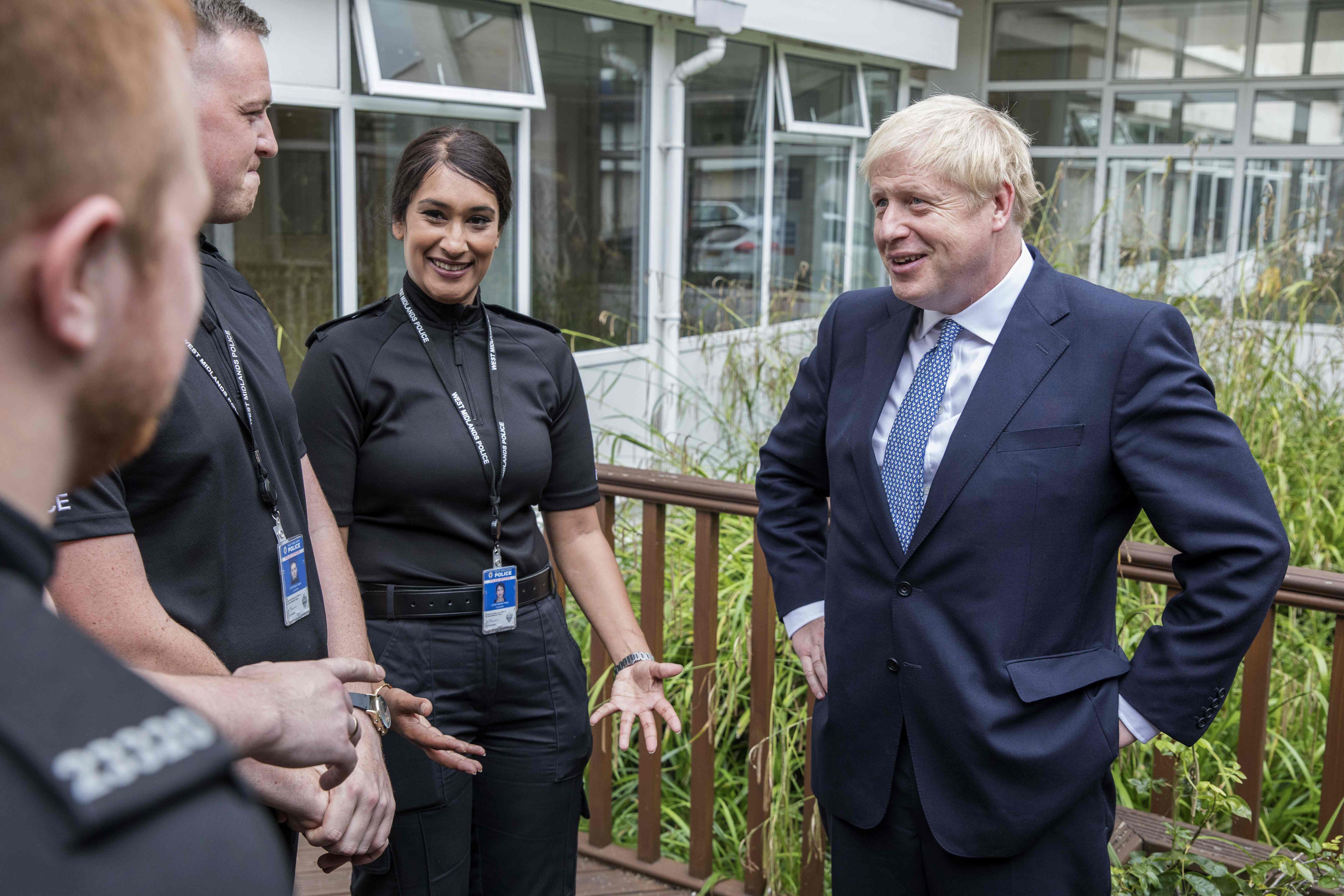 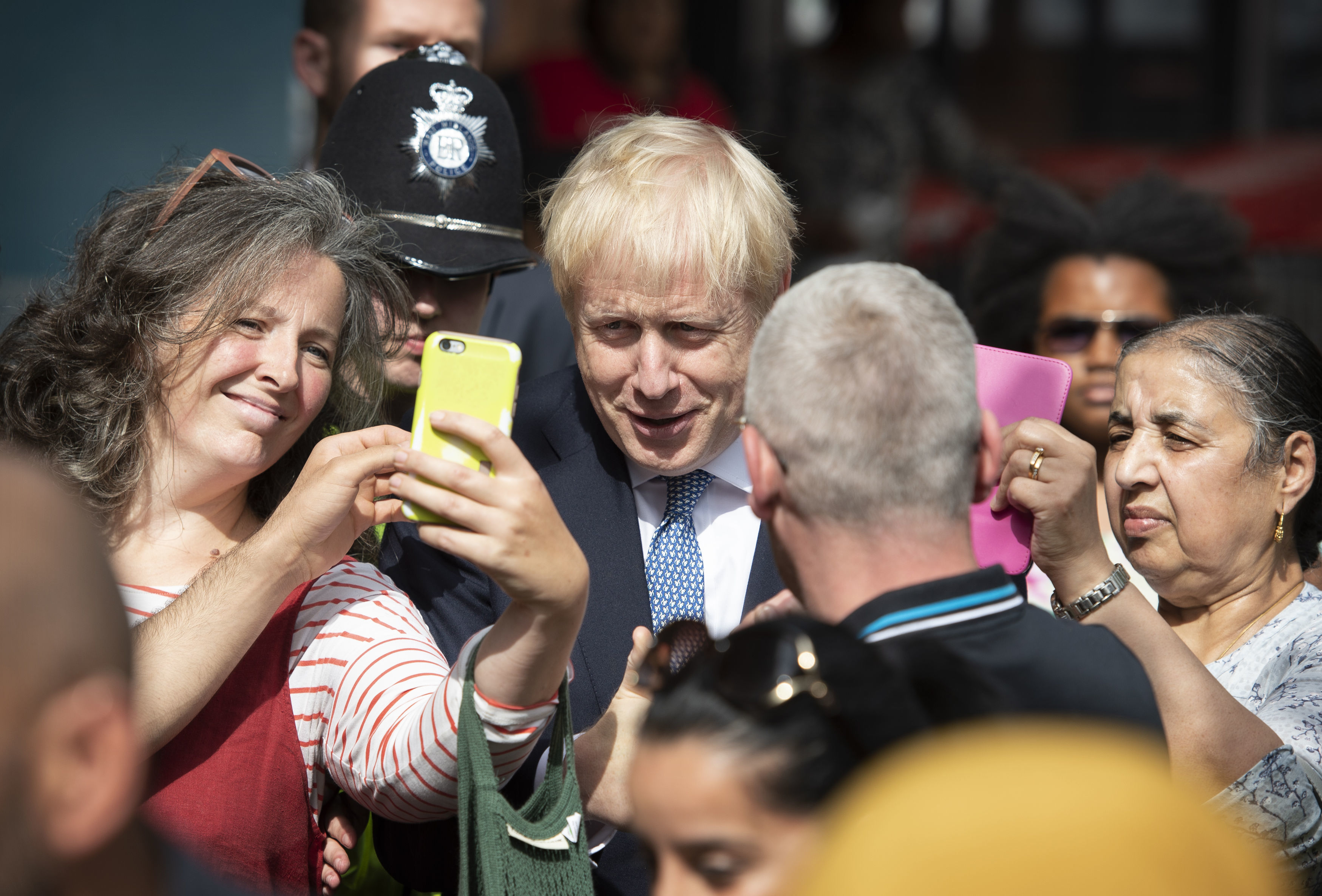 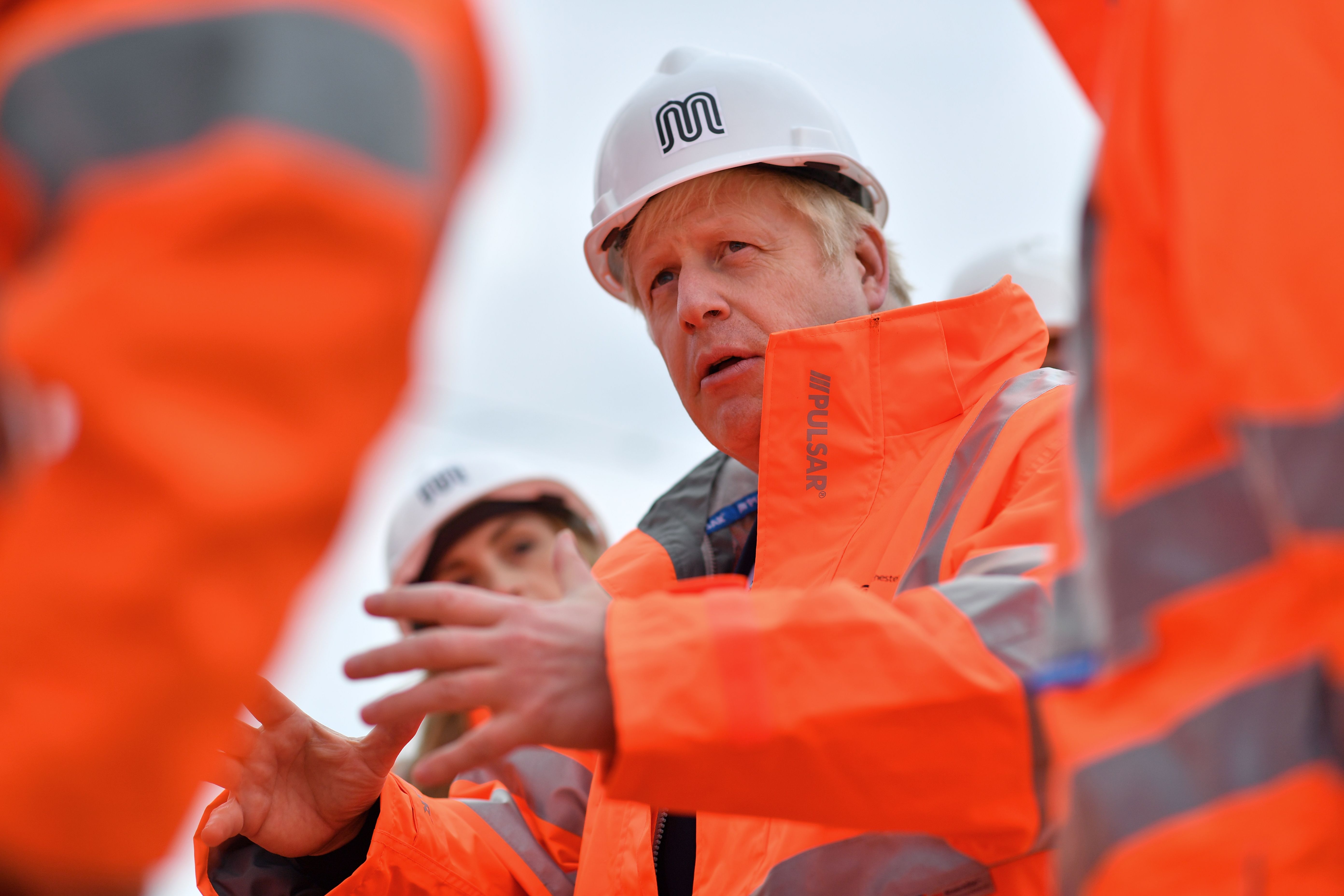 Is Tom Read's voice on Celebs Go Dating real and where is he from?