A BRAZILIAN man with an upside-down head has revealed his terror of catching Covid-19.

Claudio Vieira de Oliveira, 44, from Monte Santo suffers from a rare condition where his head is turned all the way back. 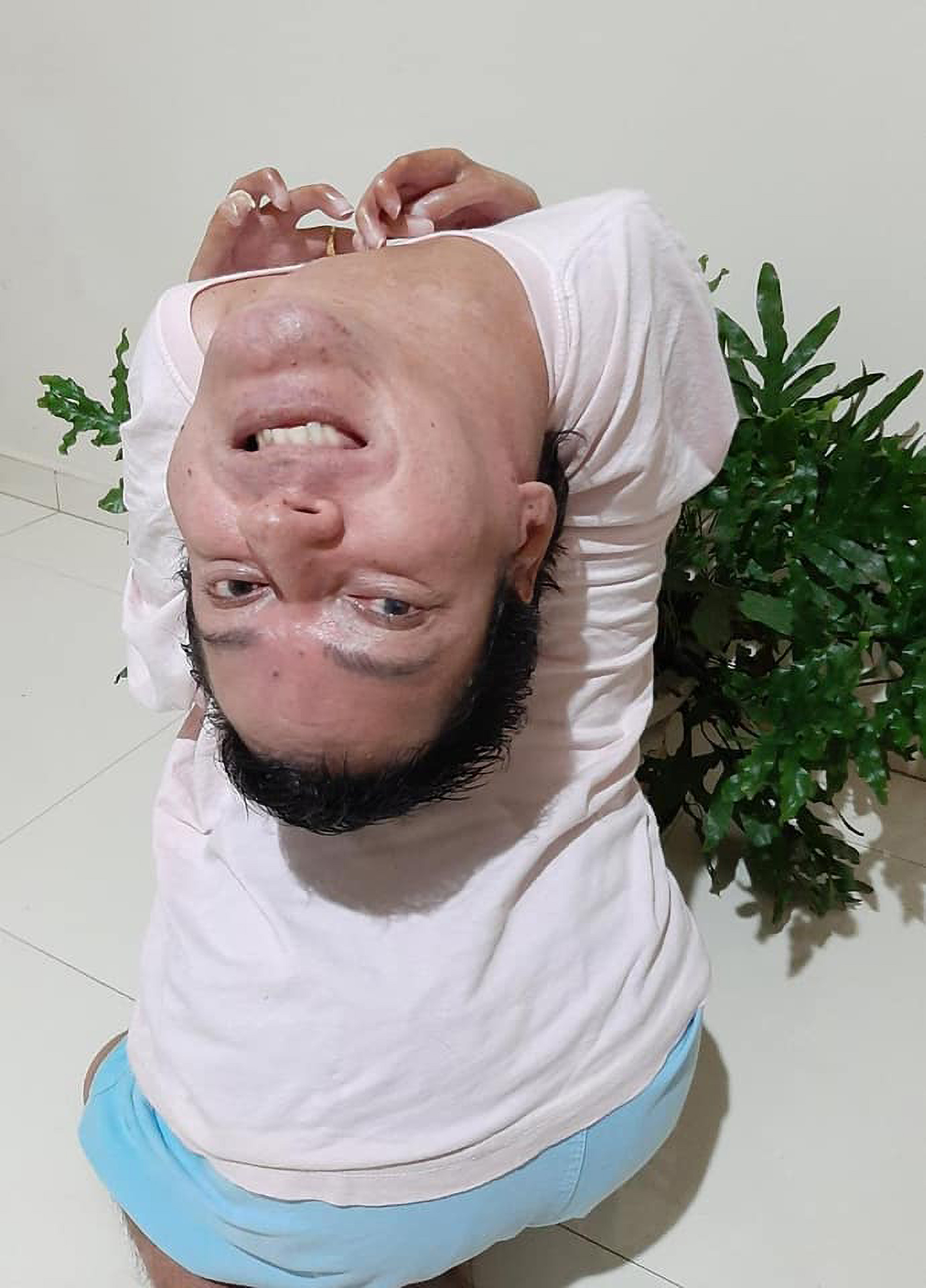 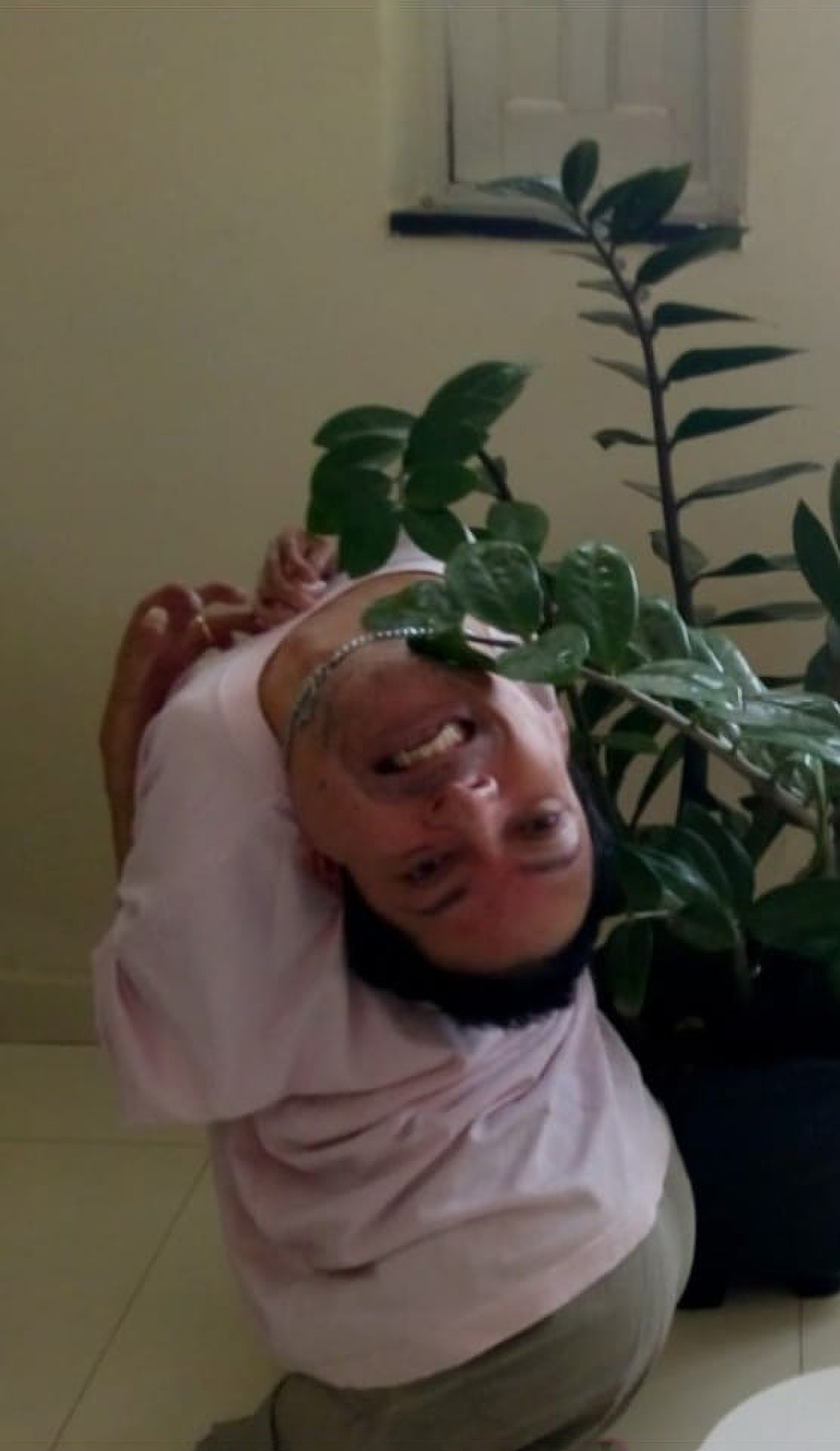 The illness is called arthrogryposis multiplex congenital and affects his joints, which also leaves him with muscular atrophy in his legs and his arms are stuck by his chest.

Claudio has not let this hold him back and he has become a motivational speaker.

But the Covid-19 has meant his life has been put on paise because he has been locked up in his home.

"I'm in full-on quarantine because this Coivs very aggressive, it's lethal, so we're scared. Spare me, God, from this damned illness.

"I'm being over twice as careful, I've been isolating for over a year and I only leave the house to sort out things that only I can do, such as banking."

I'm in full-on quarantine because this Coivs very aggressive, it's lethal, so we're scared

Despite doctors believing he would not survive past 24 hours, Claudinho is now in his 44th year.

His latest year, however, has been unusually quiet due to the ongoing pandemic.

Claudinho's disabilities had never previously prevented him from doing the things he enjoyed.

Yet, he has recently found himself having to give up many of the activities he loves.

Claudinho has never let his condition hold him back. Since the age of seven, he has walked on his knees, and he learned to read and write at home from his mother.

Despite having an upside-down head, Claudinho has no trouble seeing, breathing, eating or drinking.

To date, Claudinho has launched a DVD, an autobiography and he has been imparting motivational speeches since 2000.

Given the ongoing pandemic, it has been a while since Claudinho has addressed a crowd. He told G1: "I'm missing it so much. I've got a speech in the municipality of Bezerra, in the state of Pernamubco, scheduled for 28th April. If the pandemic eases, we'll go ahead."

Claudinho also hopes he can get back to his social work after the pandemic. He volunteers with the Alegra-te Christian educational project, which works with vulnerable children.

He told local media: "I want to give my talks again and live for many years." 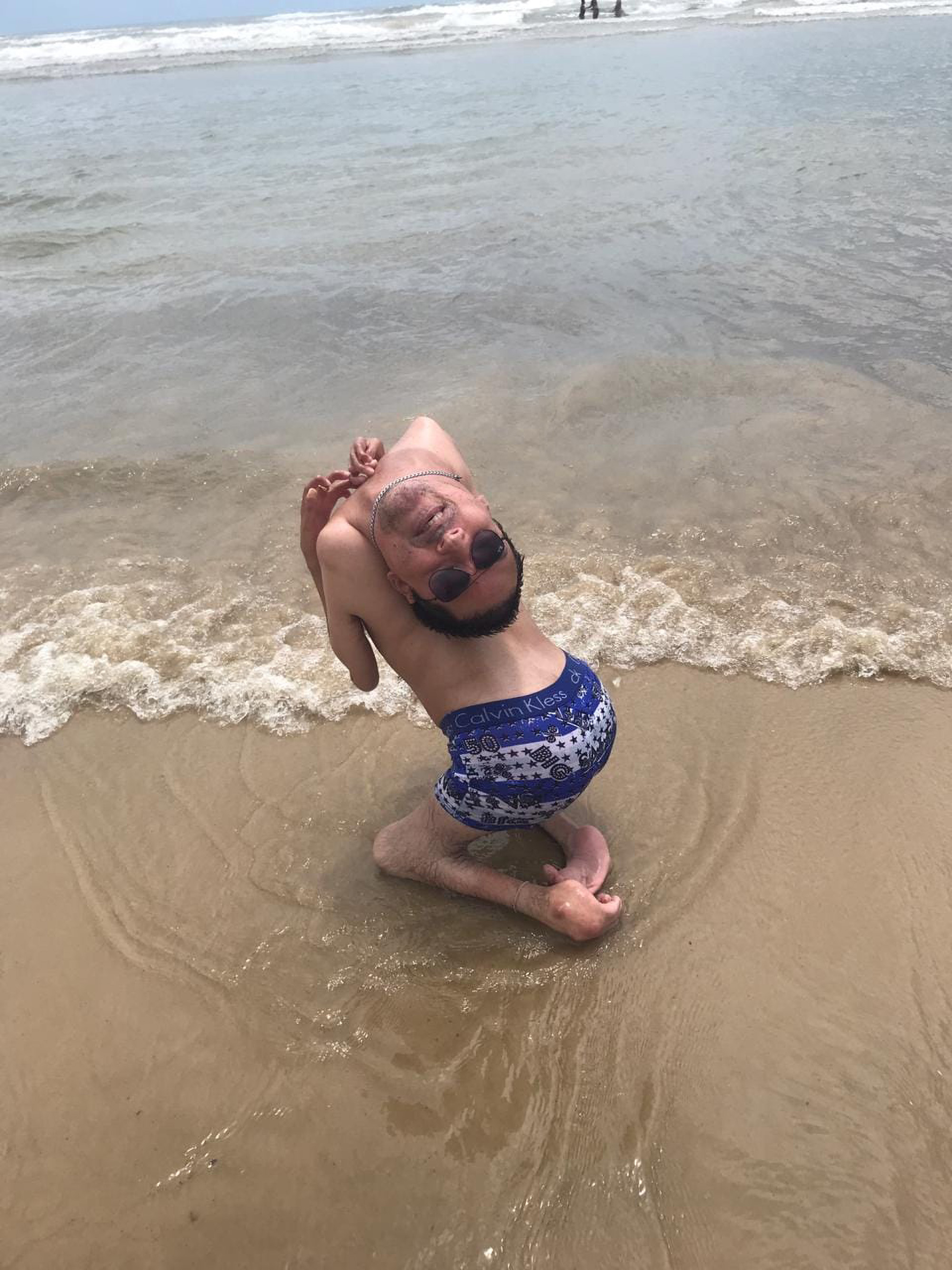 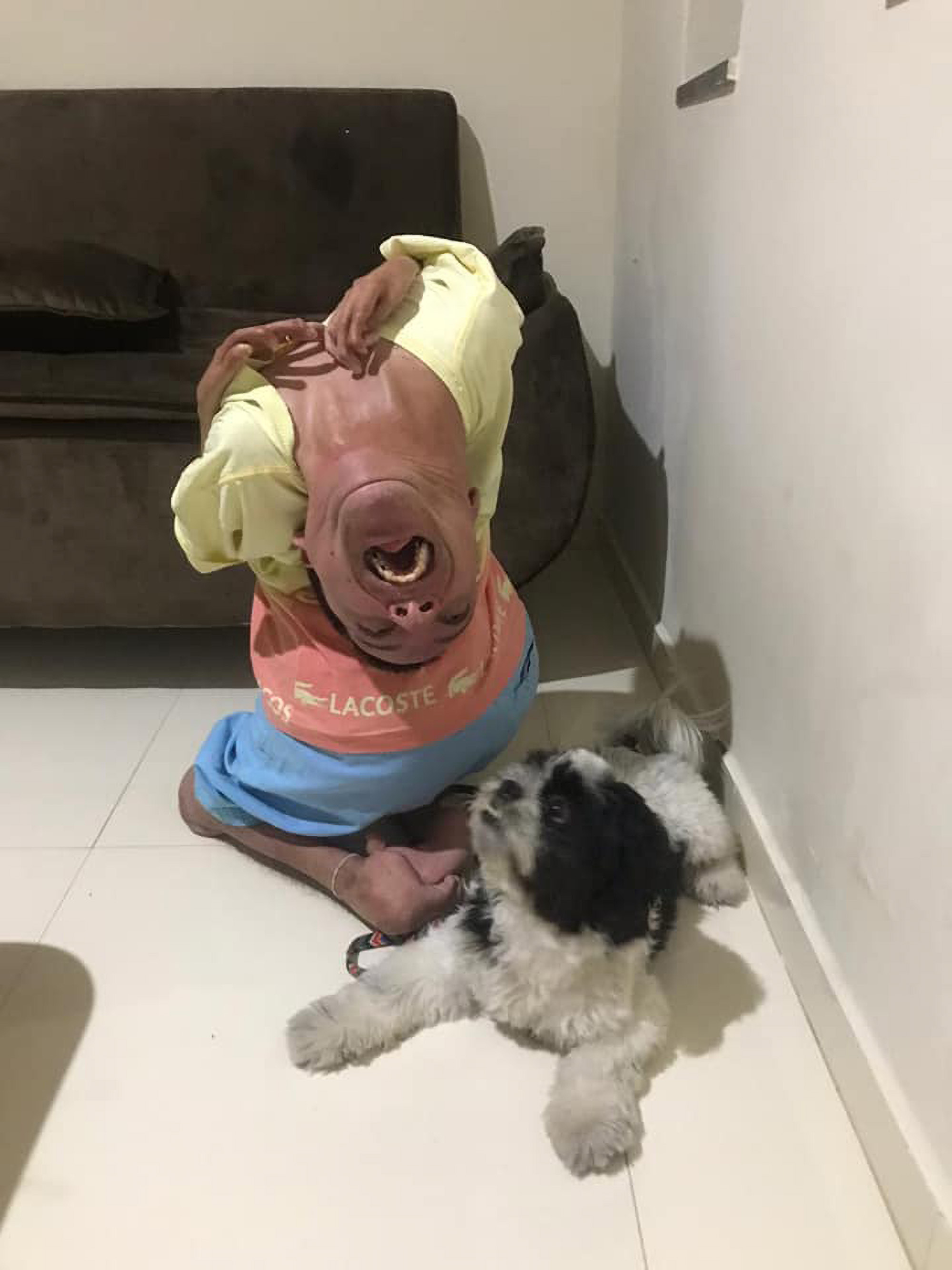 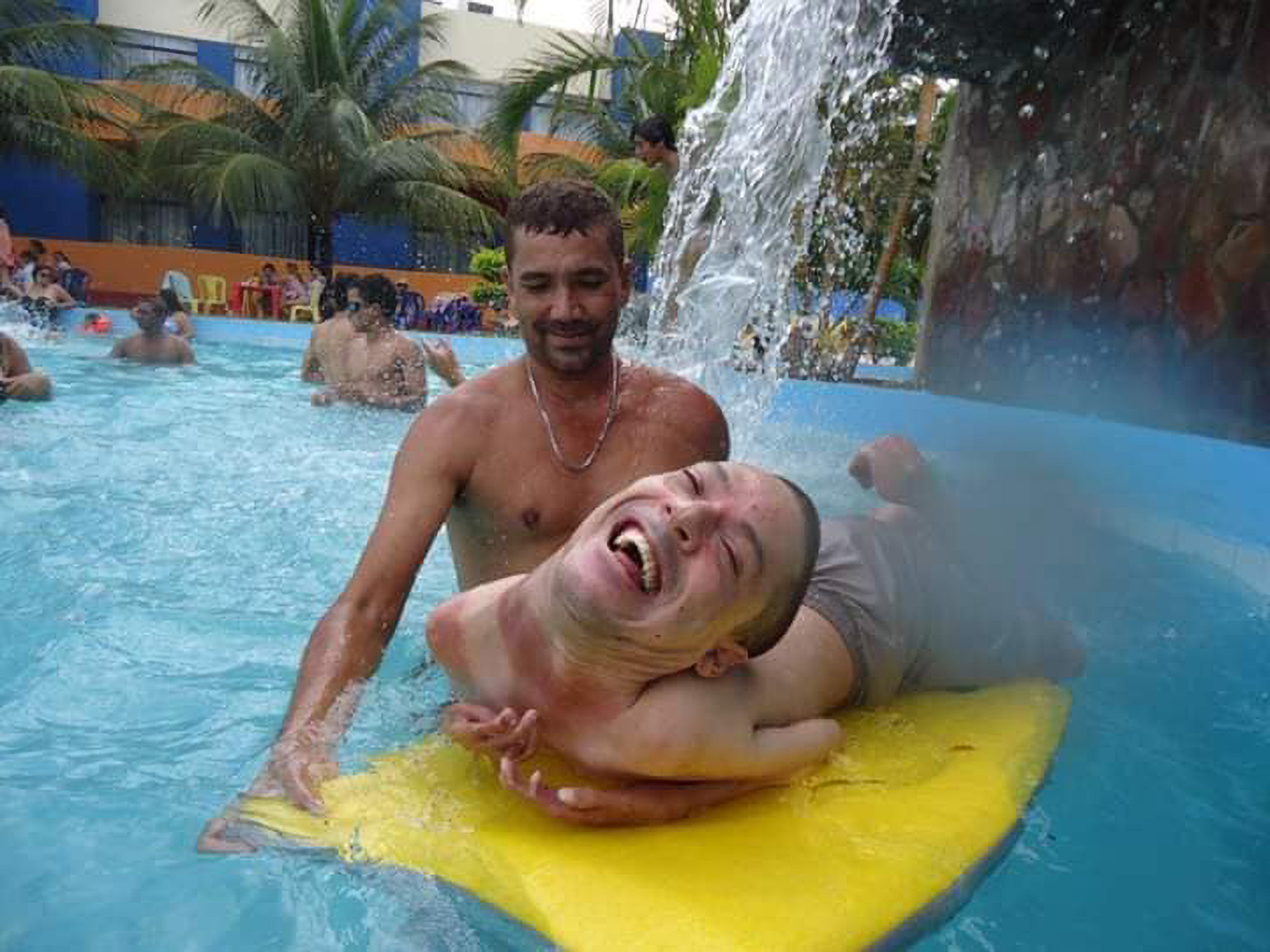