London: The UK’s National Crime Agency has launched an investigation into the British businessman who bankrolled the Brexit campaign, after the country’s electoral commission raised big question marks over where the money came from.

A lawyer involved in a legal challenge to try to halt Brexit said there was now “overwhelming evidence” that the vote to leave the EU was not the will of the British people, and Brexit must not go ahead.

Arron Banks is believed to have made the biggest donation in British political history, of £8.4 million ($15 million) to the Leave campaign in 2016, a parliamentary committee said earlier this year. 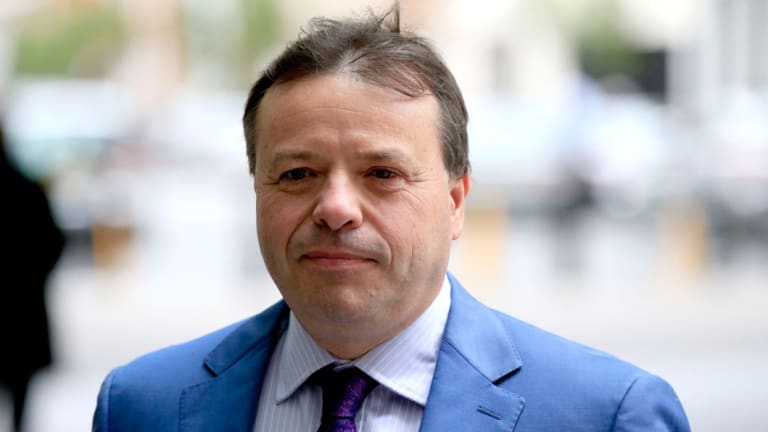 The Electoral Commission said on Thursday there were reasonable grounds to suspect that Banks was "not the true source" of the £8.4 million he and his group of insurance companies lent to the organisation campaigning for Brexit.

They had been investigating whether Banks and others had broken a law that said overseas or foreign funding must not be used to influence the outcome of the referendum.

Banks’ links to Russia have come under intense scrutiny.

In June, he walked out of a parliamentary committee hearing during questioning over three meetings he had with Russia’s ambassador to the UK in 2015 and 2016, and his discussions with Russian embassy contacts over potential gold and diamond deals.

The Commission did not allege the money donated to the campaign came from Russia. They said they suspected it had come via companies incorporated in Gibraltar and the Isle of Man.

Banks, who said he was currently fishing in Bermuda, said on Thursday he was pleased the matter had been referred to the National Crime Agency (NCA).

“I am confident that a full and frank investigation will finally put an end to the ludicrous allegations levelled against me and my colleagues,” he said in a statement.

“There is no evidence of any wrongdoing from the companies I own. I am a UK taxpayer and I have never received any foreign donations.”

He said the referral to the NCA came after “intense political pressure from anti-Brexit supporters”.

In a statement released on Thursday, the Electoral Commission said “a number of companies and individuals” had been referred to the NCA for suspected criminal offences during the EU referendum.

They included Banks and Elizabeth Bilney, the chief executive of Leave.EU, along with Better for the Country, the organisation that ran the Leave.EU referendum campaign.

The Commission said it suspected the loans had involved a “non-qualifying or impermissible company” incorporated in the Isle of Man, and that those involved had “concealed the true details of these financial transactions”.

“A number of criminal offences may have been committed,” it said.

The NCA, whose remit is to tackle organised and cyber crime, also released a short statement saying “our investigation relates to suspected electoral law offences as well as any associated offences”.

Though it does not usually investigate electoral law offences, “the nature of the necessary inquiries and the potential for offences to have been committed other than under electoral law lead us to consider an NCA investigation appropriate”, the agency said.

As it was a “live investigation”, it said no more details were available.

Home Secretary Sajid Javid has previously said Banks’ connections to Russia were being examined “very seriously” by the government, amid allegations there had been an attempt to undermine UK democracy.

Adam Wagner, a London-based human rights barrister who is involved in a legal challenge to the Prime Minister’s right to act on the result of the EU referendum, said Leave.EU had “cheated” during the referendum campaign.

They “significantly and deliberately overspent, using the overspend to pay for highly effective Facebook ads in the last days of the campaign,” he said.

“The challenge is to [the] Prime Minister’s decision to continue to claim that the referendum was the will of the people despite overwhelming evidence to the contrary.”

Damian Collins, chair of the Digital Culture Media and Sport parliamentary committee which is investigating disinformation and fake news, welcomed the NCA investigation.

He referred to his committee’s recent report which found that “Arron Banks is believed to have donated £8.4 million to the Leave campaign, the largest political donation in British politics, but it is unclear from where he obtained that amount of money.

“He failed to satisfy us that his own donations had, in fact, come from sources within the UK. At the same time, we have evidence of Mr Banks’ discussions with Russian Embassy contacts, including the Russian Ambassador, over potential gold and diamond deals, and the passing of confidential information by Mr Banks.”

In June, Banks told the committee there was a “full scale Russian witch hunt going on”.

Asked if he had ever accepted money from the Russian government to run the referendum, Banks said “no”.

He was also asked about his trips to Moscow, and said his passport contained two Russian visas from March 2015 and October 2014. Banks has a Russian wife, and said he had visited the Kremlin but only “wandered round and had a look at the historical sites”.

He confirmed the Russian ambassador had introduced him to a “guy” who had “six Russian gold mines he thought would be interesting to consolidate” but the plan “fizzled out”.

Jailing is failing: Why Sydney doesn’t need a new prison