A furious bride-to-be beat, strangled and threatened to kill her transgender partner after a petty row over a forthcoming MoT test on their car.

The violent episode began as the pair lay in bed waiting for a Costa coffee delivery at their home in Bolton, Greater Manchester

Manchester Magistrates Court heard that Ms Adams tried to appease Balshaw by going outside to fix a mechanical problem with the car when a struggle ensued between the pair. 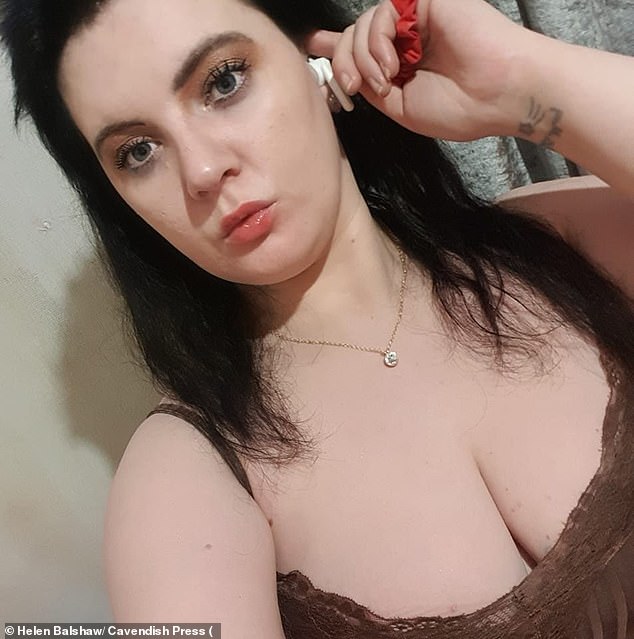 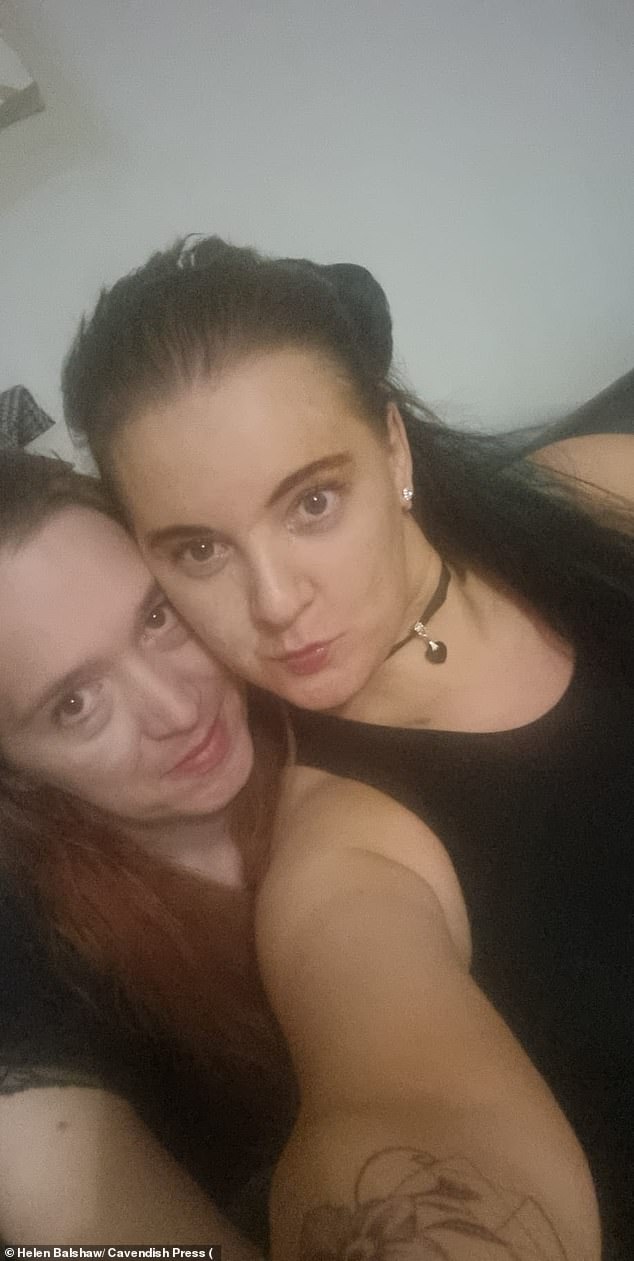 Balshaw (right) set upon ex-fiancé Delilah Adams, 38, and left her with bruises and scratches

During the assault Balshaw grabbed Ms Adams by the neck and tried to throttle her before hitting her in the face several times whilst the victim was trying to restrain her in a ‘reverse bear hug.’ Ms Adams who has since broken off the couple’s engagement suffered bruising and scratches in the incident and was said to be left in shock.

Balshaw was convicted of assault and intentional strangulation after a trial in which she forced her ex-fiance to testify against her.

She could face up to five years in jail if committed to crown court for sentencing.

During the hearing she tried to blame Ms Adams for the assault claiming the victim had an ‘oestrogen imbalance’ following an ‘intermittent’ use of hormone treatment.

The couple had met a LGBTQ event at the Star and Garter pub in Bolton in 2021 and later they became engaged before the September last year.

Ben Ramsey prosecuting said: ‘An argument between the pair started over the complainant’s apparent lack of respect for the defendant and the fact that her car needed repairs and a new MOT.

‘The complainant then left the bedroom and went outside to carry out repairs on the car. When she was back inside the defendant came down the stairs, reached for her neck and strangled her. The complainant managed to push her away and restrained her momentarily in a reverse bear hug.

‘The defendant then rotated and used a closed fist to hit the complaint in the face a number of times.

‘Although this incident caused minor bruising and scratches at the time, neither party was left with lasting injuries.

‘After the incident, the complainant exited her property out of the front door and called Greater Manchester Police before returning to the car.’ 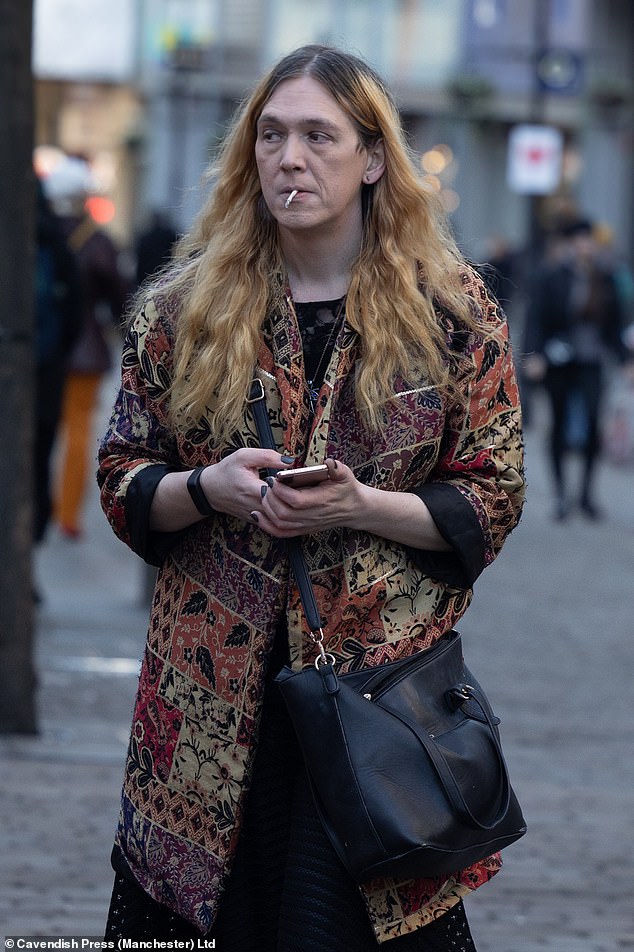 Ms Adams told the hearing: ‘I was just enjoying spending time with her when she suddenly went off on one. I don’t know why but she said that I was not helpful and that I did not respect her.

‘She asked me why the car wasn’t fixed and she said that people were asking her why it hasn’t been fixed. So I decided to go outside and fix it. If something needs doing I like to act on it straight away.

‘I went downstairs to get my tools but she then came downstairs and was still going off on one. I came back inside from fixing the car and went into the lounge and stood by the settee. She came towards me and reached for my neck with her right hand and strangled me. This all freaked me out a bit.

‘I then shoved her away from me onto the setee but she threatened me along the lines of “I’m going to kill you.”

She came back towards me, I thought she was trying to attack me again so I put her in a reverse bear hug.

‘She pivoted around when in my arms and hit me a few times in the back of the head. She used a closed fist. I am not a violent person.

‘When Helen tried to attack me I stated that if I wanted to hurt her I could but I’m not that type of person. She was the aggressive one in the relationship.’

‘I was taking oestrogen gel at the time but then started taking it more intermittently as we were trying to start a family.

‘When I started taking less this led to an imbalance but did not mean that I experienced anger management issues.

‘The whole incident shocked me. I still suffer from depression, anxiety and agoraphobia.’ 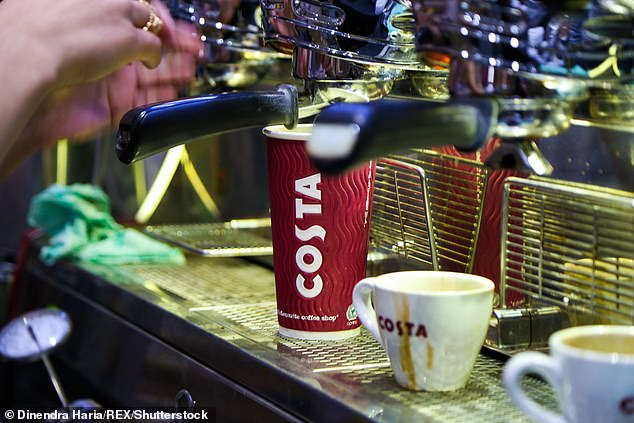 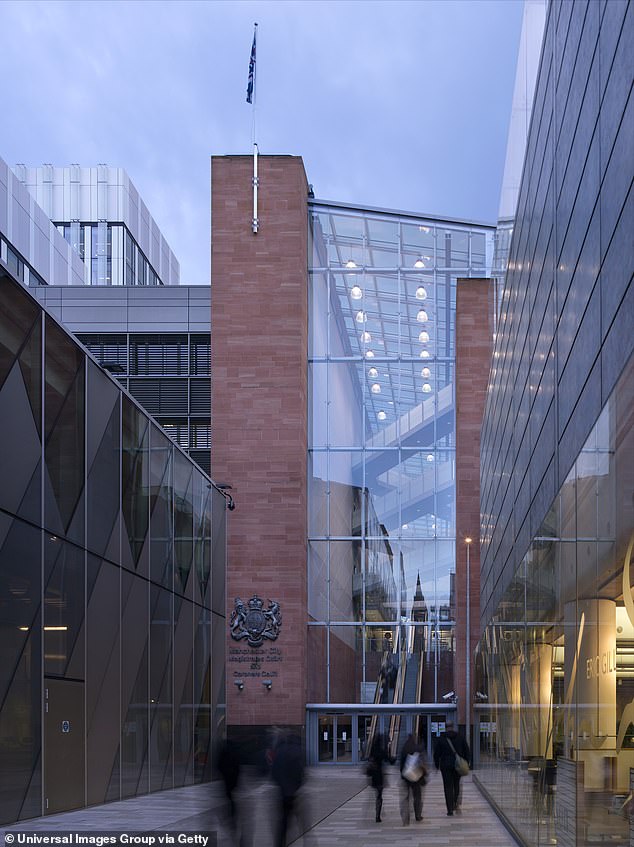 Police called to the house found Balshaw in her bedroom applying makeup.

She claimed Ms Adams was the aggressor due to an imbalance resulting from her not taking the oestrogen gels required for her gender reassignment process. She also cited scientific studies apparently showing this imbalance leads to ‘irascibility’ and claimed the victim had left her ‘fearing for her life.’

Balshaw told the court: ‘I have long said that she did not care about me as much as I did for her. I would pay money into her account and buy her things all the time.

‘I gave her the world and I started to think that she was only using me for financial gain.

‘Delilah has the male parts of a guy and she was acting a bit of a psycho at the time. She kept the spanner in her hand throughout the incident.

‘It felt intimidating. I did hit her but I feared for my life and was trying to help myself.

‘After the incident, she called the police and then came up to give me a cuddle but I wasn’t talking to her.’

Earlier a PC who arrested Balshaw said in a statement: ‘When I arrived, Ms Balshaw was not properly dressed to be taken in so I asked her to get dressed in her room.

‘We waited outside the bedroom for some time as she got ready but we got suspicious that she was taking too long and entered the room to see her applying makeup and hurriedly putting items in a black bin bag. It was clear that she was prevaricating and trying to stall the arrest.’

District Judge Bernard Begley told Balshaw:’This was a one on one case, so it essentially comes down to whom I believe out of you two.

‘I found the evidence of the victim much more credible and consistent. In contrast, I found your submissions over laboured and inconsistent.’

She will be sentenced in March.

Spoilers: Lola and Jay shock with a big announcement in EastEnders