Come Dine With Me contestant, 36, was found dead by his brother after taking his own life, inquest hears

A contestant on hit Channel 4 show Come Dine With Me took his own life, an inquest has heard.

Chester-born Nicholas Paul Blything, 36, was found dead by his brother at his home on June 15, 2022.

The news was revealed to heartbroken fans of the Channel 4 show late last year, with an episode featuring Nicholas airing on November 4 and a tribute to him displayed at the end of the programme.

At an inquest into Nicholas’ death in Warrington yesterday, area coroner Claire Welch confirmed that his brother Richard found his body in a bedroom at his home in Winsford. 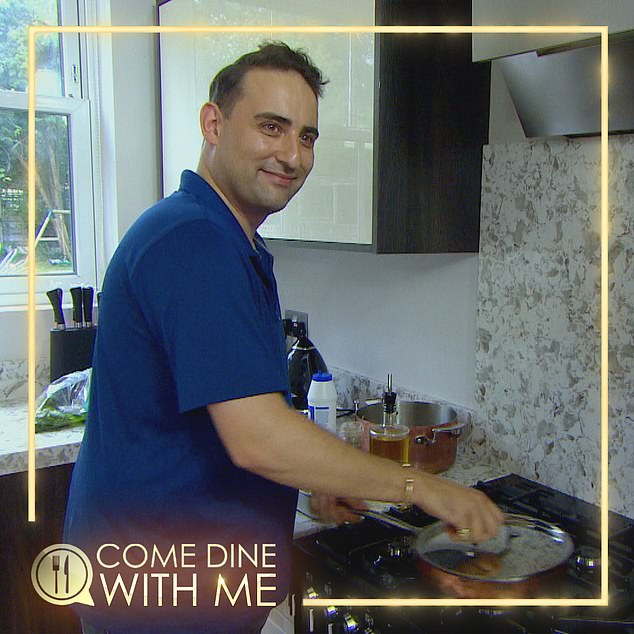 A contestant on hit Channel 4 show Come Dine With Me took his own life, an inquest has heard. Chester-born Nicholas Paul Blything, 36, was found dead by his brother at his home on June 15, 2022

A Cheshire Police statement from Detective Sergeant Paul Davies said: ‘Nicholas’ brother Richard Blything had attempted to speak to him after his sister had raised concerns that Nicholas had not been in touch. It was Richard who found him and provided police with the formal identification.

‘He had entered the property without the need of the key because it was unlocked and he had been around to see neighbours, who had a spare key. As he entered he couldn’t hear the dog barking, which was unusual, and he found his brother in the top bedroom.’

Two suicide notes were also found at the scene. A dog cage was also found on the bed and Det Sgt Davies said the pet was being looked after by friends.

It was revealed that Nicholas, who was unemployed at the time of his death, had been diagnosed with PTSD and had been suffering with mental health issues for ‘a number of years’.

He had been sectioned under the Mental Health Act after an incident in North Wales on April 8, in which he told a friend that he ‘might as well throw himself off a cliff’. 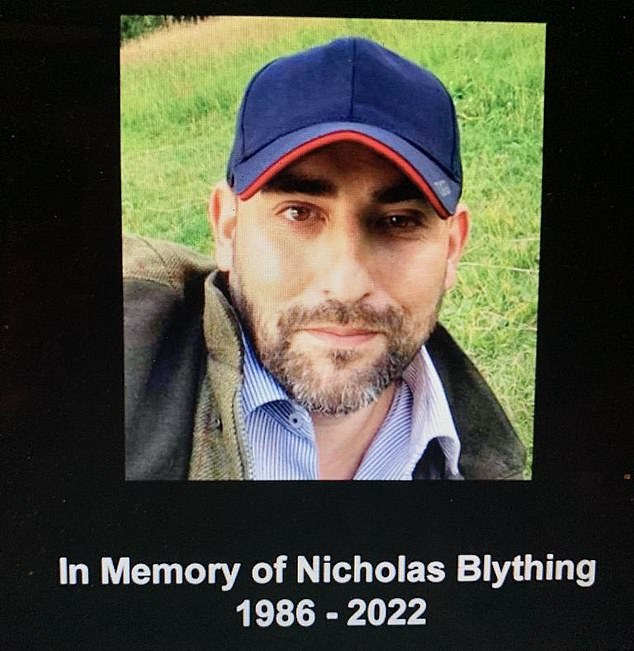 Two suicide notes were also found at the scene. A dog cage was also found on the bed and Det Sgt Davies said the pet was being looked after by friends

Since then he had been receiving treatment and was in contact with his GP, the local mental health team and had made a number of calls to the Crisis line. But statements from his family and medical professionals said he had been ‘improving’ and that there were no signs he was intending to take his own life, despite suffering from anxiety and low mood.

A statement from Richard Blything, read out by Mrs Welch, said: ‘In recent months, subsequent to the incident in April and being sectioned by the mental health team, he had been depressed and anxious about his future. But once he started on anti-depressants, his mood had lifted.

‘Richard was asked by the mental health team if he thought Nicholas would take his own life, to which he said ‘no’ because he genuinely never felt he would.

‘In the days before he passed away, he was very buoyant. He collected the dog from his parents, collected plants for his garden, had been mowing his lawn, cleaning his home, sorting out his food shop, said he had a good weekend and that he was going to catch up with him (Richard) in the week.’

‘Richard said that it sounded like his brother was ‘coming back to the best he had heard him for years’.’

But she said: ‘Taking into account the presence of a number of notes…. I am satisfied that there is no other explanation for him to have done what he did on that day in question.’

She also said the nature of his death was evidence of an intent to take his own life and she concluded that Nicholas had died as a result of a suicide.. The medical cause of death was given as 1A hanging.

Following the Come Dine With Me tribute to Nicholas in November, a number of fans posted their own tributes to him in response, as reported by the Mirror. One viewer took to social media and called him a ‘beautiful interesting human’.

One person posted: ‘I am so sorry to read the sad news of your passing. You threw yourself in 100 per cent to Come Dine with Me and I can only imagine you lived your life that way.

Another viewer wrote: ‘Rest in peace Nicholas… just watched you on CDWM with my 16-year-old son, so sad to read the end message… we thought you were brilliant and hoped you would win. Sending thoughts and prayers to your family and friends.’

For confidential support call the Samaritans on 116123 or visit a local Samaritans branch, see www.samaritans.org for details

What Does the Movie 'Forrest Gump' Teach?