Follow along with Dailymail.com for the latest updates as the Santa Fe district attorney will announce whether charges will be brought in the fatal 2021 film-set shooting of a cinematographer by actor Alec Baldwin during a rehearsal of the Western ‘Rust.’

A report from the FBI last year concluded that Baldwin did pull the trigger of the gun that killed Hutchins – despite him repeatedly stating that he did not.

Baldwin has consistently denied that he pulled the trigger on the gun, which was supposed to be loaded with dummy bullets.

Part of the report found that the revolver, a single-action .45 Colt caliber F.lli Pietta, could not have been fired without someone pulling the trigger.

It states that the gun, when working properly, will not release a bullet and primer at the same time just by someone fiddling with the hammer.

The actor said that he released it, and it fired without him pulling the trigger, with Baldwin adding ‘I did not pull the trigger.’

However, the FBI report found that the action could set of a gunshot sound without discharging a bullet.

District attorney Carmack-Altwies will announce today whether or not any possible charges will be filed against Alec Baldwin and/or any crew members of the Rust film shooting.

What charges could Baldwin and the others face? Carmack-Altwies previously said that the list of possible charges ranged from homicide to violations of state gun statutes.

Others named in the criminal investigation are the armorer Hannah Gutierrez-Reed, assistant director David Halls, and a local prop shop owner Seth Kenney.

Who else could face charges in fatal Rust shooting?

Santa Fe prosecutor Mary Carmack-Altwies has said that Baldwin is among up to four people who may face charges following a year-long investigation by police.

Investigators focused on the ‘many individuals’ who handled the pistol Baldwin fired during the rehearsal, Carmack-Altwies has said.

HANNAH GUTIERREZ-REED: IN CHARGE ON GUNS ON SET

Hannah Gutierrez-Reed, the 25-year-old armorer of the film has been singled out by some for her inexperience.

As armorer, she was in charge of the guns on the set.

She has expressed astonishment that live ammunition could end up on set, and has accused the prop master who supplied her with sabotage.

Kenney worked with Gutierrez-Reed to provide the props, and his Albuquerque shop, PDQ Arm and Prop, was searched by investigators in November 2021.

The investigators wanted to examine live rounds Thell Reed said the supplier had once used to train actors at a shooting range.

Yet they appear to have cleared Kenney of involvement.

A box of dummies he supplied to the set was also found to be clear of any live ammunition. In February 2022, he denied responsibility for the shooting.

Halls, 55, is known for his work as an assistant director, handed Baldwin the gun – and the movie star claims Halls told him it was ‘cold’.

In the immediate aftermath of the shooting, Halls told police he could not recall how thoroughly he checked the weapon.

Following the shooting, some former colleagues of Halls claimed he had previously ignored safety protocols.

Baldwin’s version of the on-set tragedy that killed Hutchins

Baldwin said he did not pull the trigger in the fatal shooting of Hutchins.

‘I let go of the hammer, bang. The gun goes off. Everyone is horrified. They’re shocked. It’s loud,’ he said.

‘She’s getting me to position the gun – everything is at her direction. I draw the gun, to her marker. I’m not shooting to the camera lens, I’m shooting just off. In her direction. This was a completely incidental shot, that may not have ended up in the film.’

Baldwin says he cocked the gun, and was discussing with Hutchins how it looked on camera.

He said he was stunned when the gun fired, and initially could not understand what had happened.

‘No one was – the gun was supposed to be empty. I was told I was handed an empty gun. If they were cosmetic rounds, nothing with a charge at all, a flash round, nothing.

‘She goes down, I thought to myself, ‘Did she faint?’ The notion that there was a live round in that gun did not dawn on me ’till probably 45 minutes to an hour later.’

He added: ‘Well, she’s laying there and I go, ‘Did she hit by wadding? Was there a blank?’ Sometimes those blank rounds have a wadding inside that packs, it’s like a cloth that packs the gunpowder in. Sometimes wadding comes out, it can hit people, and it could feel like a little bit of a poke.

‘But no one could understand. Did she have a heart attack? Because remember the idea that someone put a live bullet in the gun was not even in reality.’ 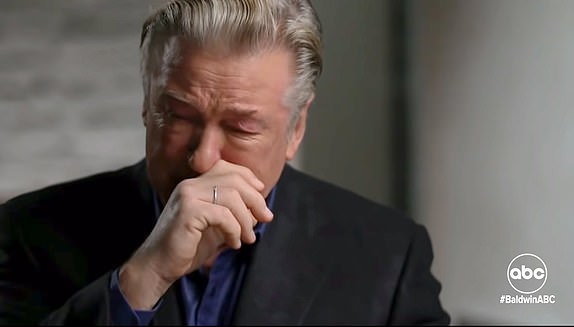 Hilaria Baldwin put on a brave face as she emerged from her New York City apartment to take some of her kids to school today while awaiting a decision on her husband Alec’s fate.

Santa Fe prosecutors will today announce whether Baldwin will be criminally charged for accidentally shooting cinematographer Halyna Hutchins on the set of his movie Rust in October 2021.

There was no sign of the actor himself this morning but Hilaria, glamorous as ever, put on a stoic display.

Wearing a faux-fur bomber jacket, her signature leather-look workout leggings, and oversized sunglasses, the mother-of-seven finished her look with a pair of $300, pearl and rhinestone-encrusted slippers from Spanish brand Alameda Turquesa.

She was dripping in diamonds, and clutched her cellphone in one hand with a coffee cup. 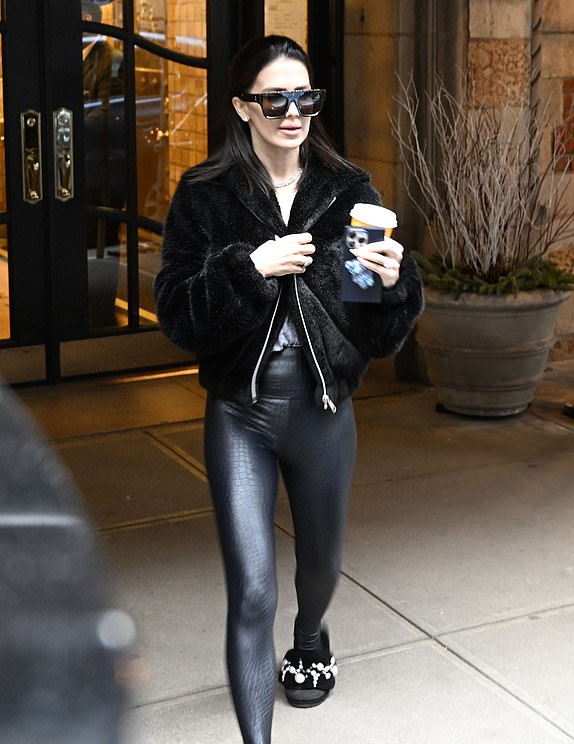 Judgement day for Alec Baldwin: DA will announce whether charges will be filed in fatal Rust shooting

Officials in New Mexico are set to deliver a decision soon about whether or not they will pursue criminal charges against Alec Baldwin or others in the fatal shooting of a cinematographer on the set of Western movie Rust.

Halyna Hutchins was killed by a live round fired by the gun the actor was holding on October 21, 2021, but the actor insists he didn’t pull the trigger and blames prop managers for not checking if the gun was loaded.

Baldwin is among up to four people who may face criminal charges for the death of the cinematographer, Carmack-Altwies has said.

He has denied responsibility for the shooting. 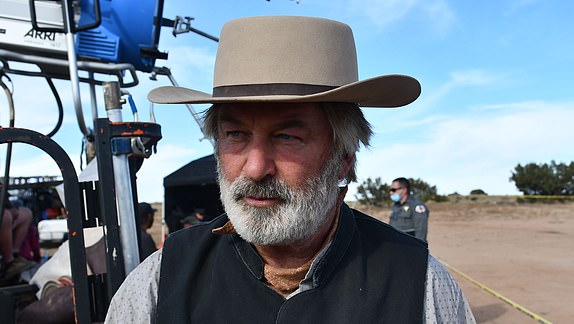 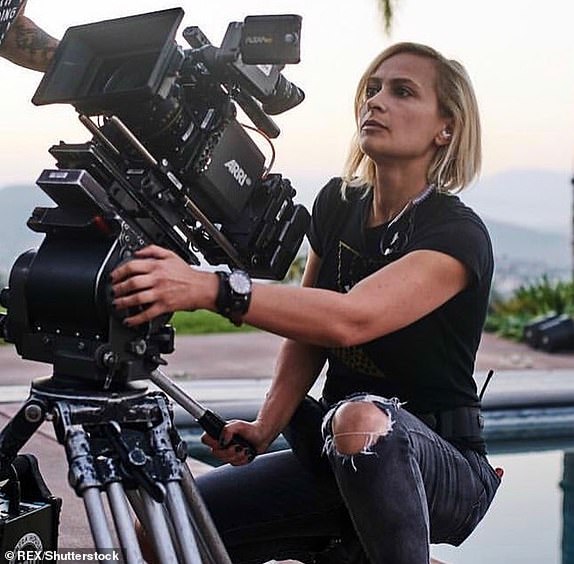