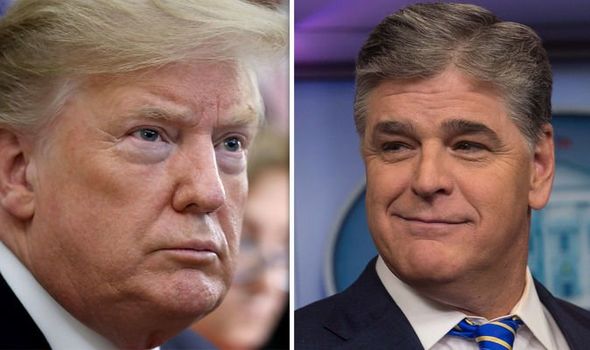 The US President is likely to be quizzed on the recently released Mueller report, which dealt with Russian interference during the 2016 presidential election. No evidence of collusion was found in the report. The interview is due to go live at 9pm (2am GMT).

Follow below for live updates (all times in GMT). 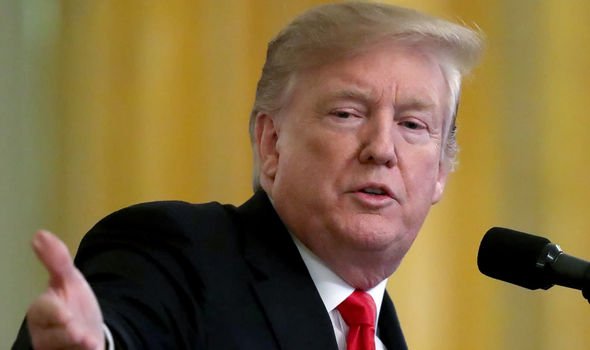 He adds: “We will be the party for healthcare. When I listen to CNN it’s horribly fake. Whenever I saw it, I never saw anything like it.

1.29am update: Trump gives his verdict on fake news

He said: “Nobody been tougher on Russia than me.”

“We are stronger now as a country and financially than ever before. Other countries are way down. Nobody been tougher to Russia than President Trump, nobody even close.

“Yet even with that we want a great relationship with China and Russia.

Trump is being quizzed about fake news. He’s played a small snippet from CNN of some of the coverage about him.

The piece includes comments about financial documents, collusion and ‘listening to Putin more than the US’.

1.26am update: More lines from Trump…

He said: “They couldn’t believe that I could say such a thing. As it turned out that was small potatoes compared to what went on.

“The millions and millions that was spent on the phoney dossier paid for by Hillary Clinton.

1.22am update: What needs to happen for this to not happen?

Sean Hannity asks Trump what needs to happen for this to not happen again?

“Going to leave to new attorney general. I’m going to let them do what they want to do. I would imagine they don’t like what they see. I didn’t want to involve myself in this thing. I wish it didn’t take so long.”

“It’s a horrible situation and an incredible outcome and see how it all started but going to leave this to other people.”

1.20am update: Reaction from Trump

He said: “We’re very happy about it because its gone on for a long time almost since beginning of my term.

“We have done so much since the start of it. It was a cloud that most didn’t believe.

They spent more than $30m, millions of document pages and no collusion, no obstruction. It was such a ridiculous thing that happened.”

He added: “This can never happen to another president again.”

Tonight the discussions are likely to focus on Robert Mueller’s famed report.

The report found no evidence of collusion between Russia and Trump during the 2016 presidential election.

Trump claimed that the report completely “exonerated” him, before calling the investigation “evil”.

Speaking to BBC News, he said: “There’s a lot of people out there that have done some very, very evil things, very bad things.

“I would say treasonous things, against our country.

“It was a false narrative, it was a terrible thing, we can never let this happen to another president again, I can tell you that.

“I say it very strongly.”

What Gives the Logo Its Legs