A DRIVER stopped by police for drug driving was found with hundreds of fake McDonald's coffee stickers in his car.

The motorist in Bradford, West Yorks., was found with multiple sheets of stickers, similar to ones McDonald's customers are given when they buy hot drinks. 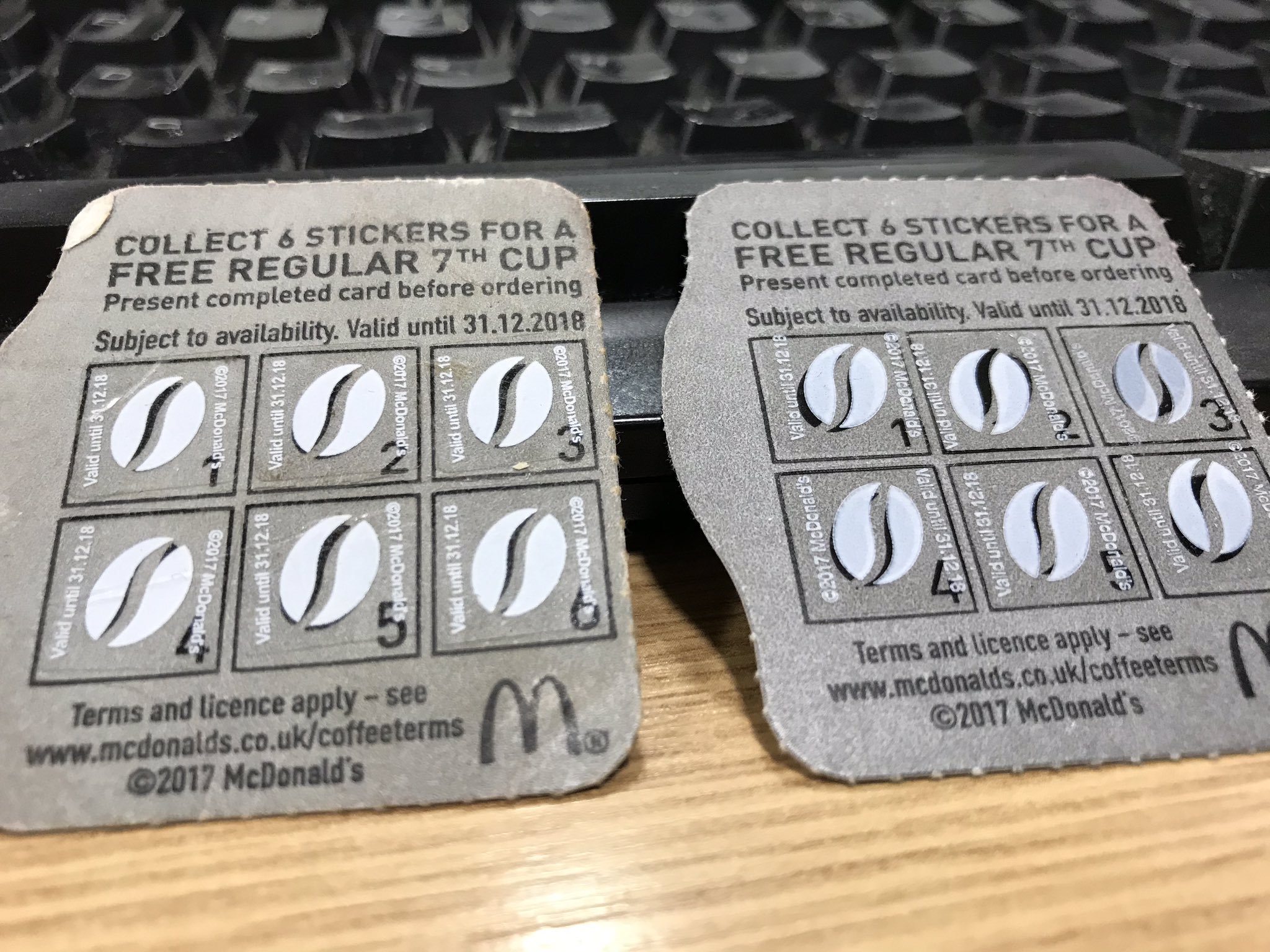 Police said he was trying to defraud the loyalty scheme, in which six stickers can be exchanged for a free coffee.

The man was stopped on Sunday by the Steerside Enforcement Team, which deals with anti-social and criminal use of the roads in Bradford.

West Yorkshire Police confirmed the driver was given a "community resolution" for fraud in relation to the stickers and also arrested on suspicion drug driving.

He will be summonsed to court for the drug-driving offence.

Writing on Twitter, the enforcement team said: "It may seem inconsequential, but it is illegal to cheat a company like this. Just pay for your coffee!"

McDonald's said anyone with counterfeit stickers would be refused a free drink.

Fans Try To Stay Strong, But Has Time Run Out For ‘Timeless’ Renewal? [Opinion]

The Bachelor Listen to Your Heart: The truth about Jamie & Trevor’s relationship

Baby dies after being strapped into car seat for 15 hours